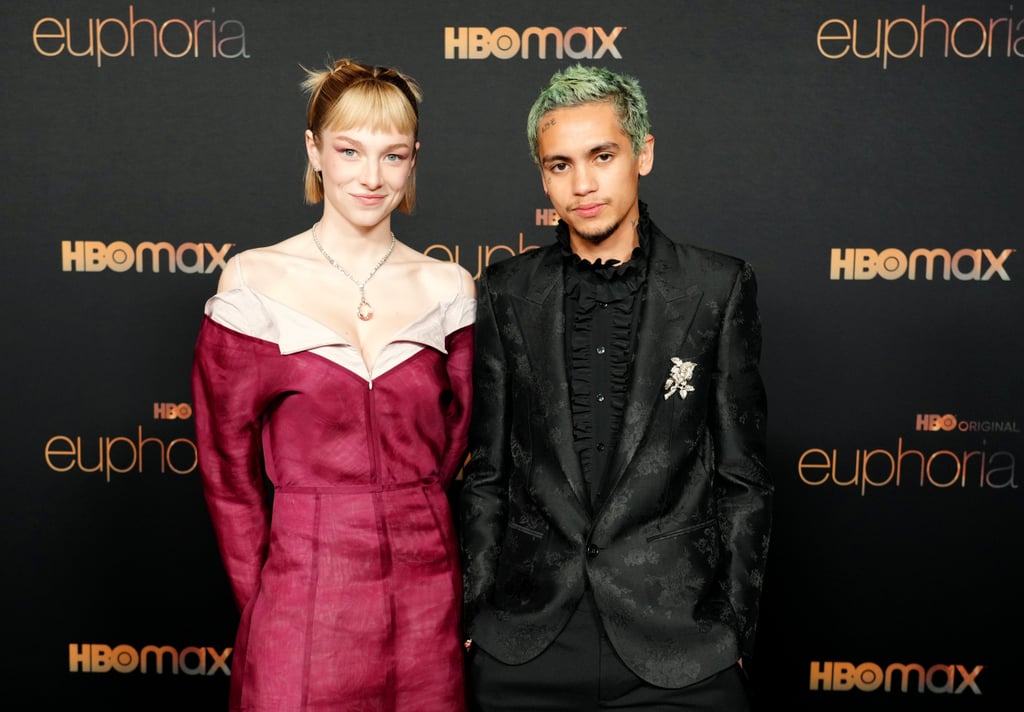 We haven’t even made it through January yet, but we’re fully prepared to declare Hunter Schafer and Dominic Fike the cutest rumored couple of 2022, and no other future pair could possibly dethrone them. The 23-year-old model and 26-year-old singer, who respectively portray Jules and Elliot on season two of Euphoria, are stirring up dating speculation after leaving a West Hollywood restaurant hand in hand — we’re talkin’ interlaced fingers hand in hand here, people — on Jan. 15. Neither has publicly commented on their relationship status yet, but Dominic did share an Instagram Stories snap of him watching Hunter’s Jimmy Kimmel Live appearance on Jan. 17, which is supportive boyfriend behavior if we ever saw it.

Dominic’s Elliot is causing quite the stir in Euphoria‘s second season so far, forging a drug-fueled friendship with Rue (Zendaya) and causing a rift in her newly official relationship with Jules. Although Jules blatantly says, “I don’t like you” to Elliot in the trailer for episode three, the two actors were all smiles while posing together at the HBO show’s premiere earlier this month, both with the rest of the star-studded cast and just them two.

If Hunter and Dominic really are dating IRL, it wouldn’t be the first time Euphoria has launched a relationship between costars — remember Zendaya and Jacob Elordi’s short-lived romance? Hunter has previously been linked to fellow model Massima Desire, while Dominic recently dated Booksmart actor and model Diana Silvers. Read ahead to check out the rumor-inciting photos of their joint outing in LA to see what all the hubbub is about.