Were These 10 Moments In ‘The Crown’ Season 4 Real? Let’s Fact-Check

Historical dramas are hard to get right. There’s a desire to stay true to actual events. But there’s also that other half of the phrase: drama. Sometimes, real life doesn’t happen in a way that fits a nice, neat narrative. It can also be downright unfilmable, or worse, boring. For a show like The Crown, which recounts real people who are still alive today, telling its story sometimes means taking liberties with the facts to make a better show. That can leave fans curious about whether certain moments in The Crown Season 4 were actually real.

Warning: Spoilers for The Crown Season 4 follow. The series has been known to take artistic license from the earliest episodes of Season 1. But considering those were incidents that took place back some 70 years ago that few remembered and were not photographed or captured on film, they were arguably easier to fudge for drama’s sake. As the series rounds into Season 4, it reaches the 1980s, an era when the paparazzi were everywhere and television regularly broadcast footage of high profile events. Also, many audiences remember this era, since they lived through it.

Does that change how much The Crown sticks to the facts? Let’s run down the 10 moments from the latest season that fans are curious about: 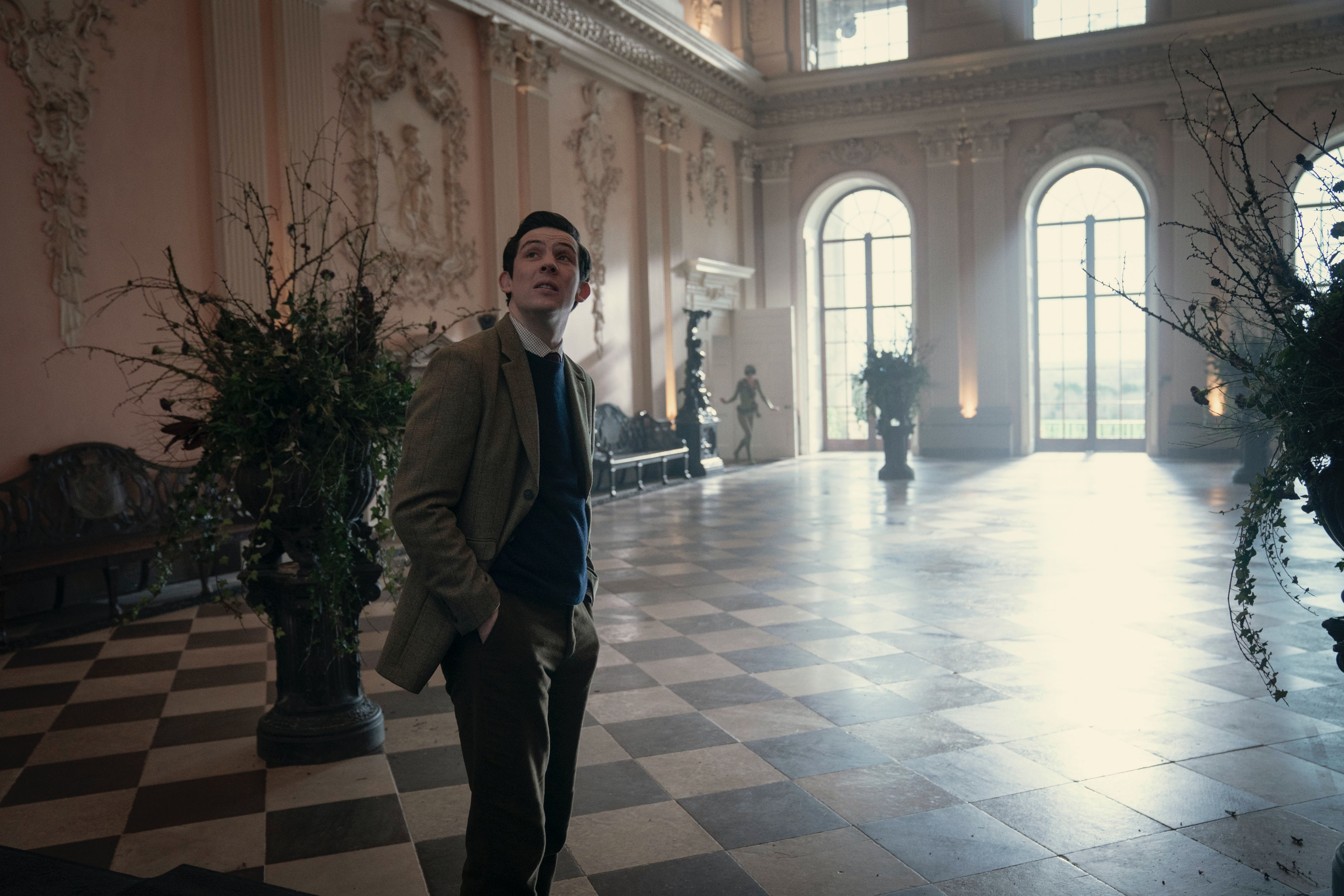 Fans may be shocked to learn in The Crown‘s first episode that Charles met Diana while at her house picking up her older sister, Sarah. But IRL, Lady Sarah Spencer really was, for a time, considered a candidate for marriage with Charles. Though the show skipped over it, it’s believed she derailed her chances of marrying Charles with an ill-advised interview in which she revealed many personal details about herself, including her experiences with an eating disorder and alcohol use disorder, and said she wouldn’t marry Charles but was infatuated with the fame dating him brought her. Charles was reportedly furious, and their relationship came to an abrupt end after that.

However, Sarah didn’t seem to have a problem with her younger sister snagging Charles; she boasted to the press that she played Cupid by introducing him to Di.

2. Is Ibble Dibble A Real Game? 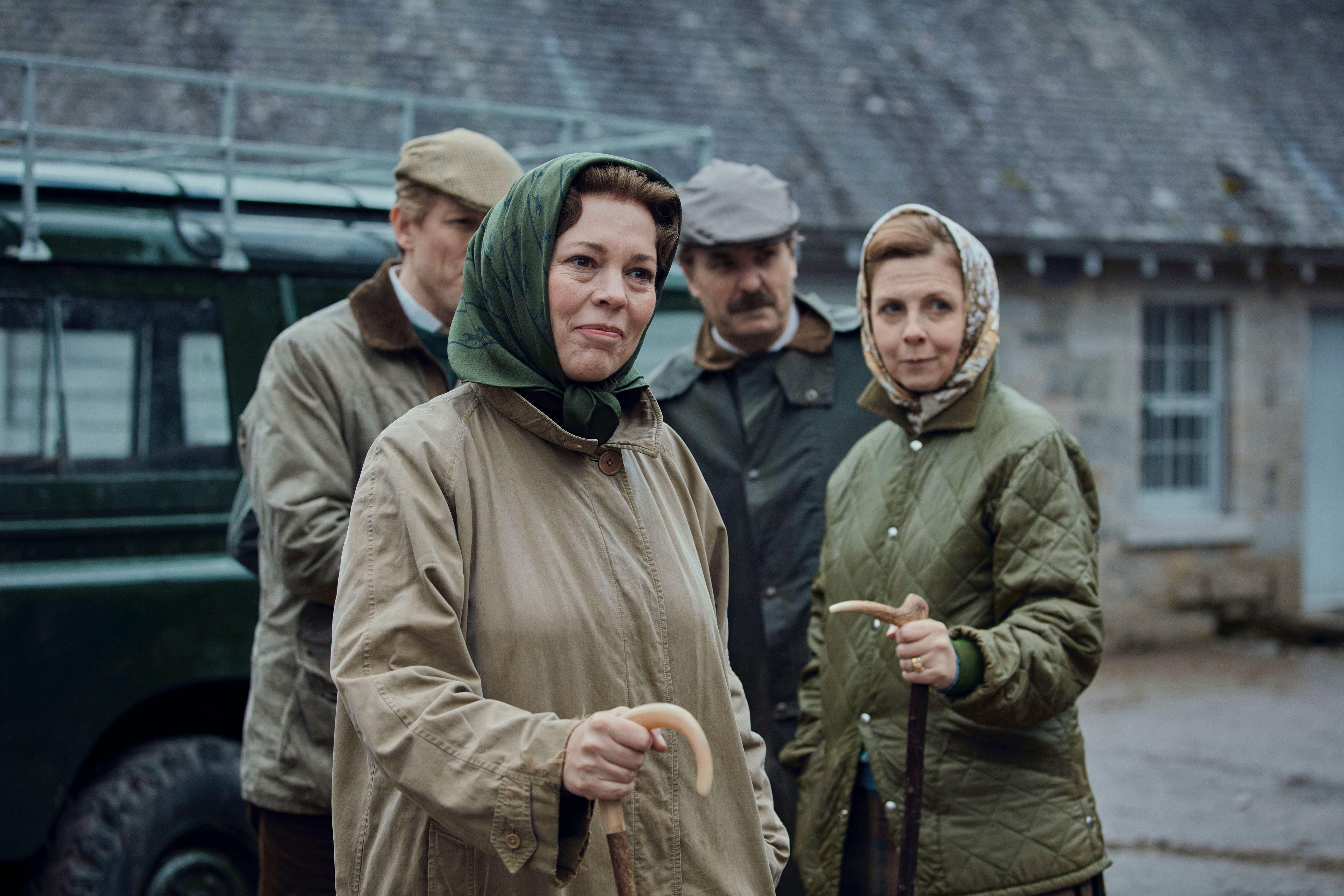 In Season 4’s second episode, the royals played a parlor game featuring burnt cork and "Ibble Dibble." It is, in fact, a real drinking game. It originated in France, under the name "La Vache Qui Tache." The phrase "ibble dibble" refers to the player, the term "dibble ibble" refers to the blackened marks on their face.

So, when Anne said: "No. 5 ibble dibble with one dibble ibble calling No. 4 ibble dibble with two dibble ibbles," the translation is: Anne is Player 5 and she has one mark; she’s passing it to Player 4 (Philip), who has two marks. Every time you mess up the wording, you get a mark on your face and take a drink. A few sips of gin in, it gets difficult to remember one’s ibble dibbles from dibble ibbles.

3. Did Diana Wear A Bedsheet Train At The Royal Rehearsal? 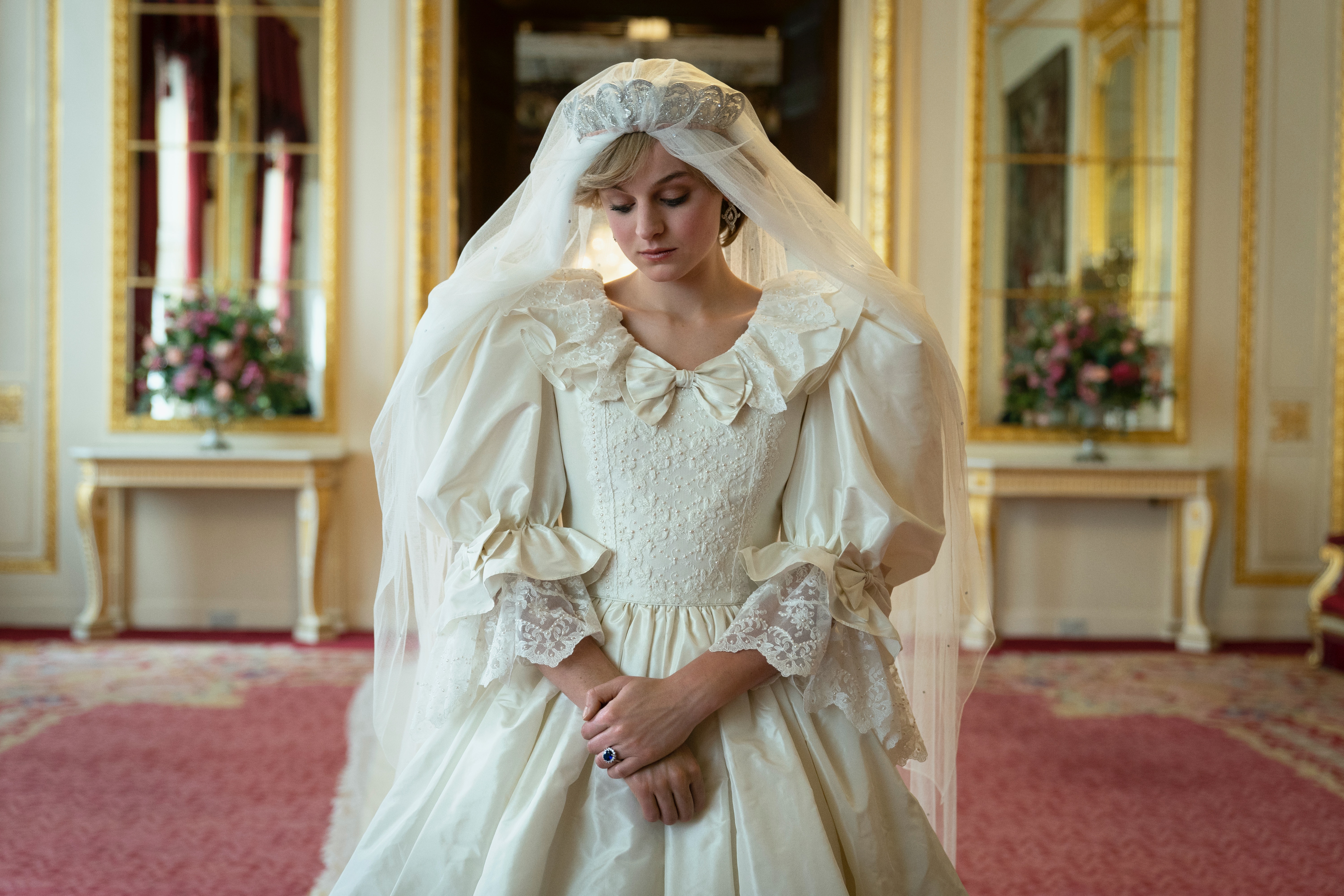 Unlike Seasons 1 and 2, which recreated Elizabeth and Margaret’s weddings, Charles and Diana did not get the same treatment. But the series did take care to include some of the most famous details, including Diana’s mammoth 25-foot-long train, with Diana practicing her walk down the aisle with miles of bedsheets sewn together strung out behind her.

It’s a longstanding rumor she did this IRL, but there’s no proof one way or the other. Diana’s dress was a big secret at the time, so if there was a practice train, there were no photographs of it, since that would have been a giant spoiler. 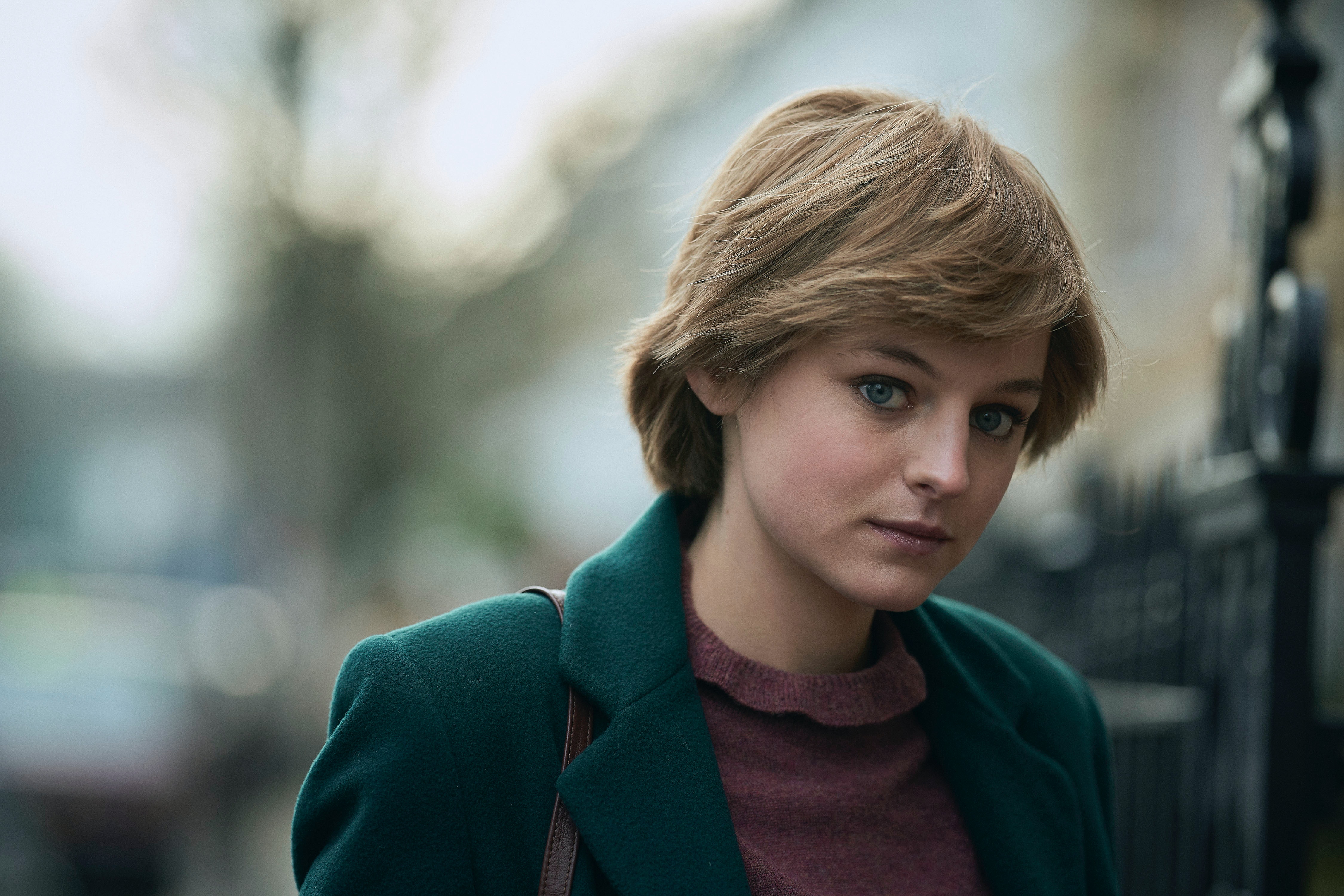 In the show, stuck alone in the palace, Diana retreated into her favorite kiddie TV program when she was feeling lonely. It turns out, Bagpuss was a real show that first aired in 1974, when Diana was 12. It starred a stop-motion, animated saggy old cloth cat named Bagpuss, who was part of a roomful of toys that came to life when their owner was out of the room. There were only 13 episodes, but they reran continuously until the late 1980s.

It’s not known whether the real Diana was a Bagpuss fan, but the idea behind her watching the program makes sense. Diana was only 19 when she got engaged to Charles; her fondness for Bagpuss on the show could be taken as a sign of her trying to retreat from adulthood — as well as an illustration of how deeply her tastes differed from Charles and his love of Shakespeare and history.

5. Did Michael Fagan Really Break Into The Palace That Easily? 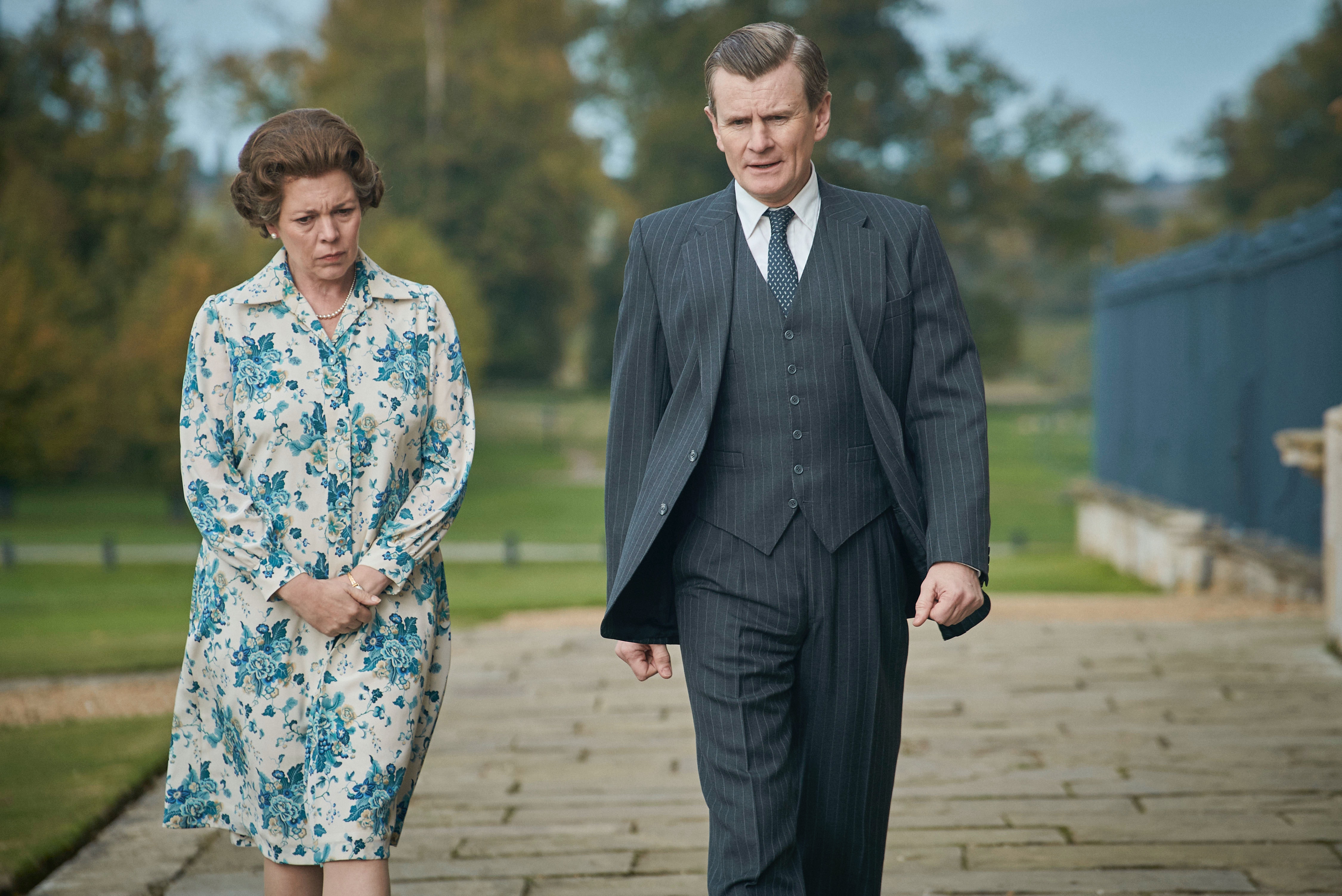 Fans might find it shocking anyone could break into the Royal Palace, but until the Michael Fagan incident, security in the Palace, an ancient building, was painfully outdated.

Buckingham Palace’s lax security was an issue ever since Queen Victoria chose it as the royal seat in the 1840s. She, too, had a visitor break in, much like Fagan, though in her case, her visitor, known as Boy Jones, broke in three times before he was caught. But even so, it wasn’t until the Fagan incident that modern security measures were finally put into place.

6. Did Princess Margaret Go To Therapy? 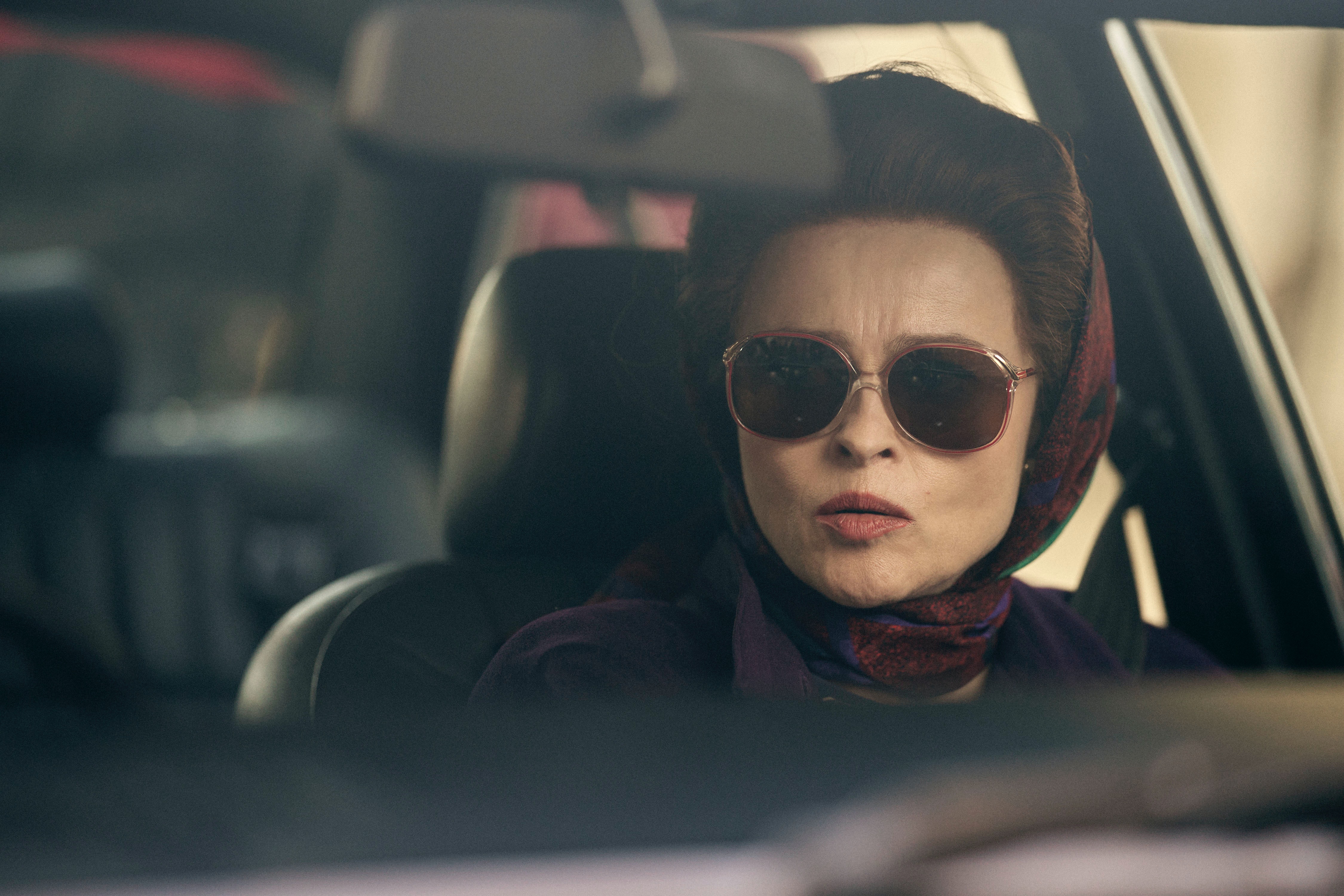 Season 4’s Margaret episode opened with her dealing with a deep depression after her royal role was reduced and she had part of her lung removed. But what fans are more curious about is Charles telling Margaret to see a therapist, revealing he’d seen one since his marriage collapsed.

The real Charles did go to therapy starting in the mid-1980s. Reportedly, he initially sought treatment for Diana, but he was the one who ended up sticking with it.

As for Margaret, she reportedly had depression (though the Palace vehemently denied it). In truth, however, this storyline was probably a fictionalization to bring up the Bowes-Lyon story, which broke in the press in 1987.

7. Did The Queen Leak That She Was Against Apartheid? 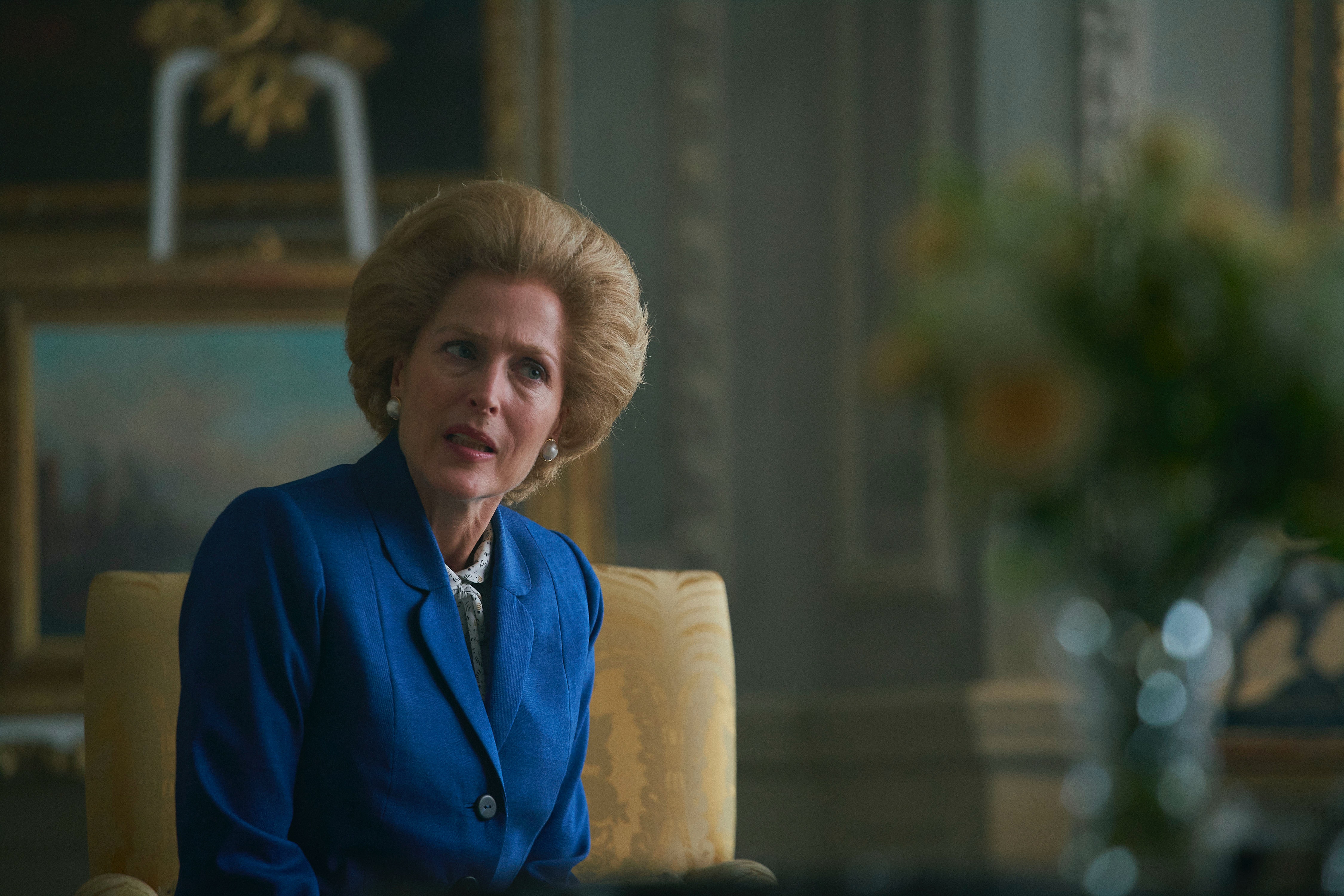 One of The Crown‘s ongoing stories is how the Palace cannot have political opinions because it always backfires. It happened again in Season 4, when the Queen leaked her approval for sanctions against South Africa in hopes it would pressure Thatcher into doing the right thing.

According to a 1986 article in the LA Times, the Palace went into denial mode about the leak. But in 2017, the truth came out. Apparently, the Queen and Thatcher’s animosity went even farther than the show let on, with Elizabeth nearly canceling her regular meetings with Thatcher because she was so angry.

Also, that bit about Mark having business in South Africa? It’s not only real, but it also wasn’t the only time Margaret used her position to help her son.

8. Did Diana Really Dance To Billy Joel At The Ballet? 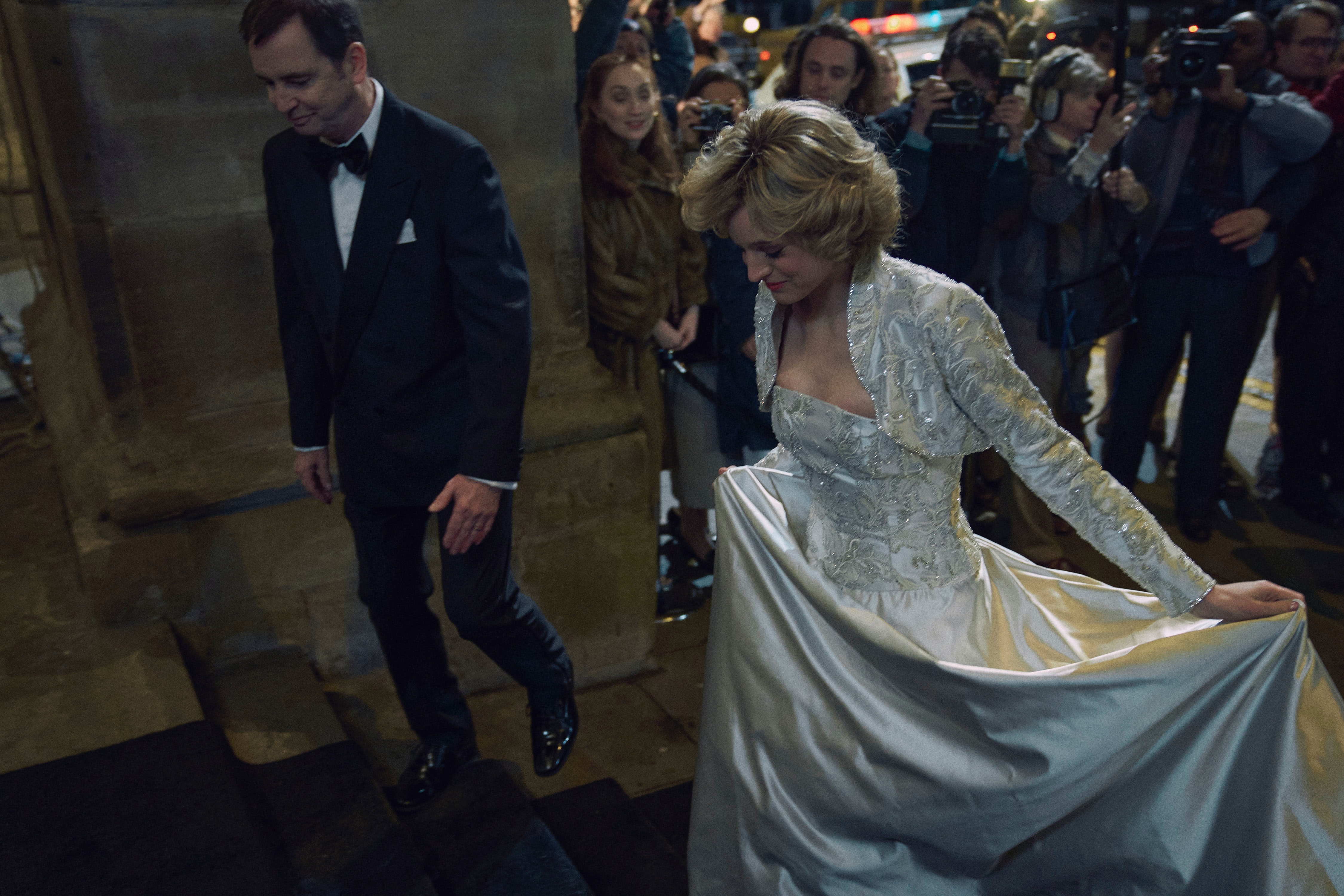 Diana was famous for loving pop music, and her performance of Billy Joel’s "Uptown Girl" for Charles’ birthday really happened. She also reportedly jammed out to Michael Jackson’s "Dirty Diana" at another concert, but that one didn’t make the cut in the show. The Crown probably chose the dance at the Royal Ballet because it was far less controversial.

As the Queen noted on the show, the papers saw it as the act of a loving wife, proof of the solidarity of the royal marriage. It only came out years after her death that Charles was reportedly deeply horrified by what he saw as her "showing off."

9. Was Camilla’s Great-Grandmother A King’s Mistress? 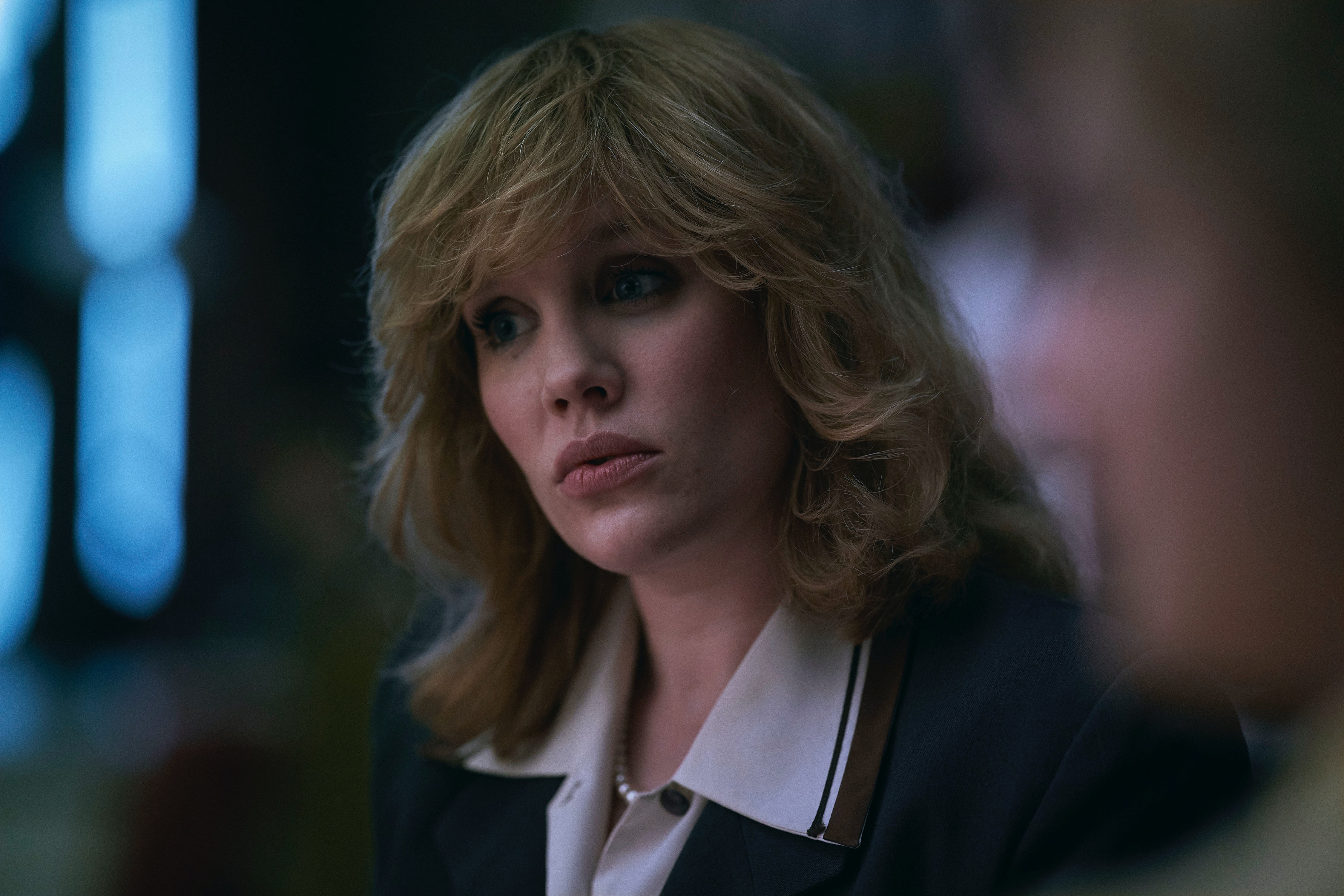 Camilla’s remark about being a King’s mistress running in the family is fascinating, mainly because it’s true. Her great-grandmother, Alice Keppel, was considered one of the best society hostesses of the Edwardian era. Her position attracted the attention of Victoria’s son and heir, Edward, in 1898.

Edward VII was famous for his partying ways, which made his mother fear he’d be a bad king. She’d already forced him to marry and have heirs long before he met Alice, but Alice turned out to be the love of his life. Their affair lasted through his entire reign, an open secret at court, until he died in 1910.

10. How Did Diana Advocate For The AIDS Crisis? 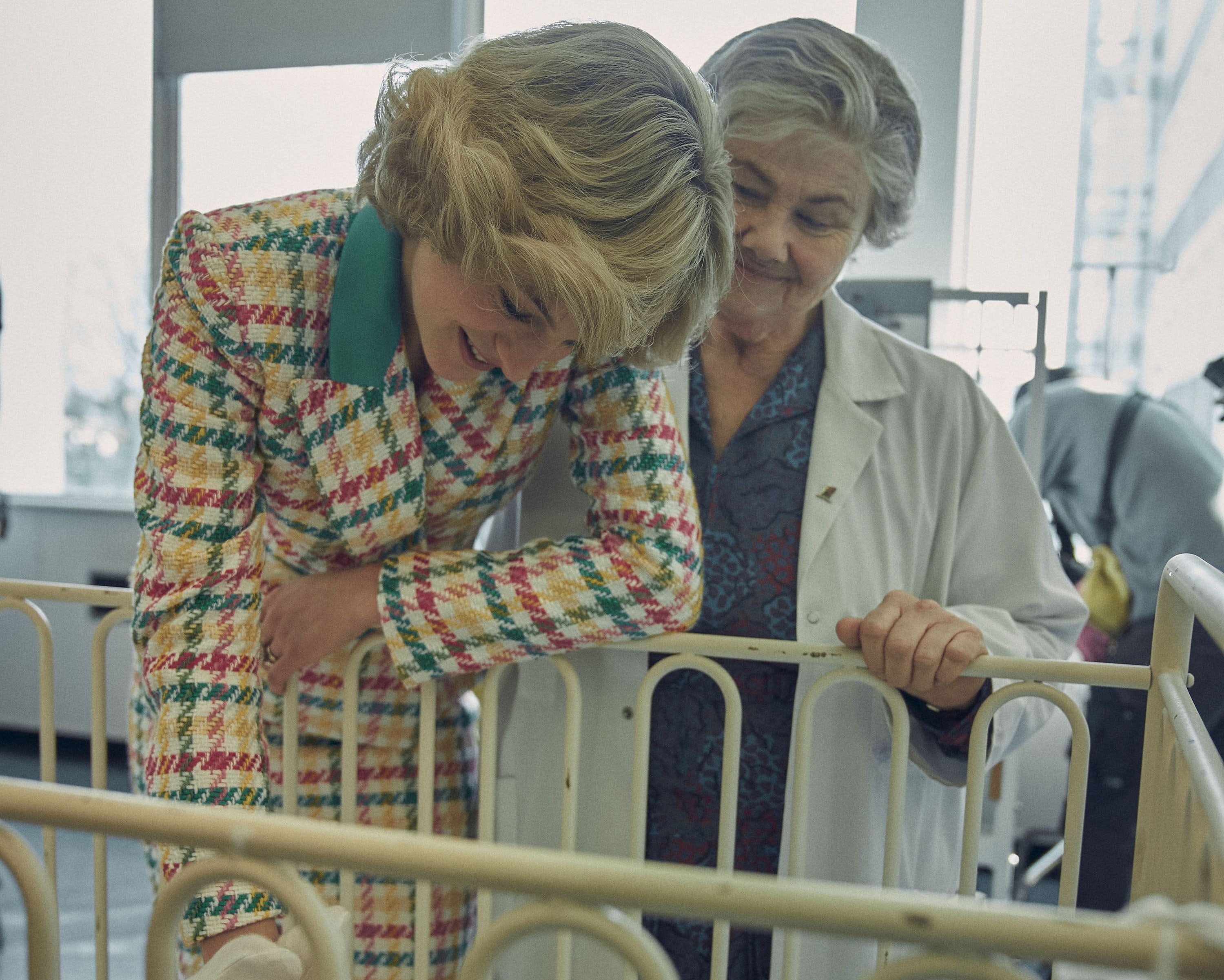 Diana’s advocacy for the AIDS crisis was a famous aspect of her career, but the show simplified it a bit.

In The Crown‘s finale, Diana had a whirlwind tour of New York, in which she hugged a young child with AIDS. The moment went viral (or whatever the term for "going viral" was back then), as it demonstrated on a worldwide stage how people shouldn’t fear those living with AIDS. It even set off Charles, who threw a fit that Diana was more beloved than ever before.

According to an article from the LA Times, this moment (or at least a moment similar to it) did happen. However, what the show missed was this: In 1987, two years before Diana’s NYC trip, she attended the opening of the UK’s first HIV/AIDS unit. While there, she shook hands and spoke with AIDS patients and healthcare workers, without wearing protective gear. This is what really cemented Diana as an AIDS advocate (and a gay icon) for showing solidarity when political leaders like Thatcher mostly ignored the AIDS crisis.

In both moments, Diana’s actions brought comfort to a shunned group at the time while spreading awareness about the disease, and that should not be forgotten.

The Crown Season 4 is on Netflix now.