What's the Hype Behind QLED TVs and Is It Finally Worth Buying One?

If you’re looking for a new TV, you’ve most likely come into contact with a QLED option. And while the features it offers can instantly enhance your viewing experience, it’s important take a minute to get to know what QLED is all about before you go all-in on a new set.

What is QLED Technology?

LED, or light-emitting diodes, have been the standard system of lighting in most of the LED and LCD TVs for a while now. So where does the Q come in?

Quantum dot display, or QLED, is a display device that uses quantum dot filters between the LED backlight and LCD layer, as well as semiconductor nano-crystals, which can produce pure monochromatic red, green, and blue light. Basically, a QLED TV matches the format of a cinema screen, delivering a beautifully vivid palette of full color. The big LED lights in back illuminate the pixels in front, and since the light passes through the pixels, this is known as a Transmissive TV.

The 4K HD resolution is just the beginning of what a QLED has to offer. Contrasting is hyper-localized to each area, balancing darks and lights for a result that dazzles in depth perception and realistic viewing. Generally, a QLED TV will have better color display capability than a regular LCD, boosting brights and blacks while still relying on an LED backlight, bringing out over a billion hues and shades of colors with deep darks and scintillating lights.

Each backlit LED lights up a big quadrant of pixels, which can come in especially handy if you’ve got your set in a room with any natural light coming in. QLED specializes in adjusting to the perfect brightness, even when you’re watching in full daylight.

How is QLED Different From OLED?

OLED is a bit different, and is built primarily by LG using organic materials (Sony and Panasonic also manufacture OLED TVs using LG’s panels). While QLED’s pixels are lit from the back or sides, OLED pixels are each individually lit, meaning that they light up only when the picture calls for it, and are otherwise off – or “absolute black.”

Since an OLED set is incredibly thin, its light source is closer to the screen, meaning you can view it from almost any angle and not lose the picture quality. Instead of just a few LEDs lighting up the QLED, the OLED has millions of tiny light points. QLED can be up to twice the brightness of an OLED, however, as the light source is a bit farther away.

A big downside to OLED though is that, much like your first PC in the late Eighties, they’re prone to “burn-in,” where an image can be permanently melded into the screen forever (or at least for an extended period of time). This is only in extreme cases though, such as pausing on a static image or watching a channel with the same logo in the same place for multiple hours a day. It’s also the reason Samsung stopped making OLED TVs years ago, and switched to using OLED in their phones instead (since our phones’ screens are constantly going on and off, and are replaced more often than TVs).

Both types of TVs are 4K, but the tech that’s lighting up the picture is what the big difference is.

If you’re looking for the best QLED TV though, there are only two main options in the marketplace right now. We’ve highlighted both and reviewed their top features below.

Roku is automatically integrated into this sleek and stunning QLED TV by TCL. You’ll instantly notice the colors coming to life, with bigger brights and crisper contrast, thanks to TCL’s Contrast Control Zone tech, which individually optimizes the image across up to 120 zones. The resulting lights and deeper blacks almost resemble an OLED TV, with full edge-to-edge viewing and no banding or dark corners.

The included Roku remote is refreshingly simple, and operates on signal instead of IR, meaning that you can aim it from pretty much anywhere, no matter what’s in your way – even from another room. It’s also voice-activated (and compatible with Alexa and Google AI), and can search the entire Roku database with a simple spoken command.

At 37 pounds, the unit’s got some heft to it with a wide footprint, and is probably better situated on a steady stand than hanging on the wall. Design-wise, the brushed metal frame looks solid and modern, and the thickness allows room for multiple ports: 4 HDMI (one with HDMI ARC), USB, RF, composite, headphone jack, optical audio out, and Ethernet. 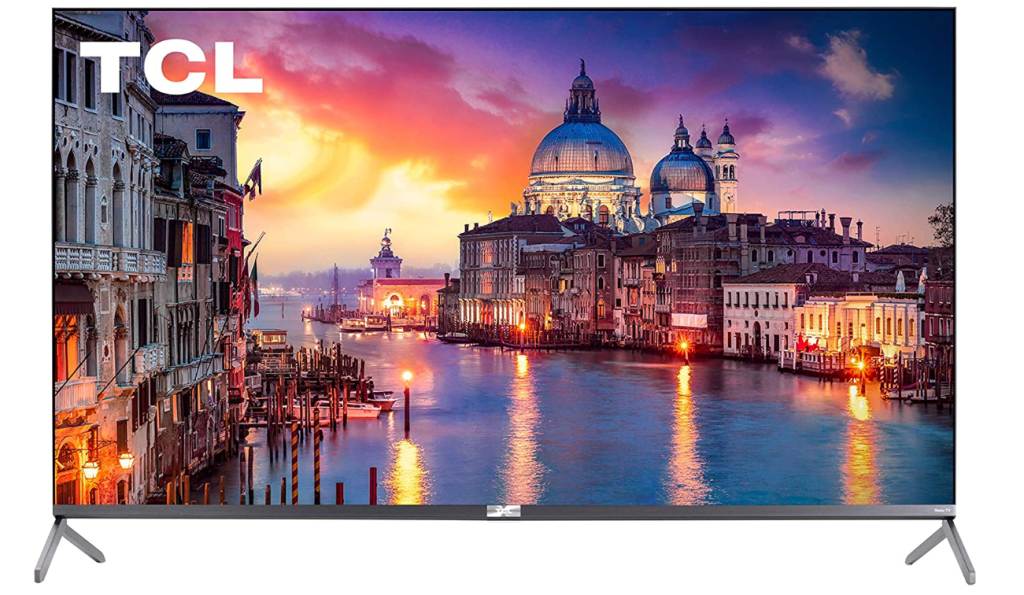 Samsung’s approach to the QLED TV is simple: The brighter a picture is, the more true to life it is. From the start of designing this set, Samsung understood that we’re not always watching our movies in perfect cinematic conditions (I.e. in a completely dark room). Even with curtains closed, some daylight still gets through, and that shouldn’t mess up your movie experience.

This set keeps that in mind. The 100% color volume lets you play with the intensity of over a billion colors, making the picture’s palette really pop in any lighting.

The Bixby voice command software is quick and helpful, while the smart-settings allow for the option of connecting to other devices in your home.

It also goes way beyond movie-viewing as well thanks to its Real Game Enhancer feature. Sports and video games are infused with realism that makes images incredibly crisp and realistic, without that annoying blurring or lag. 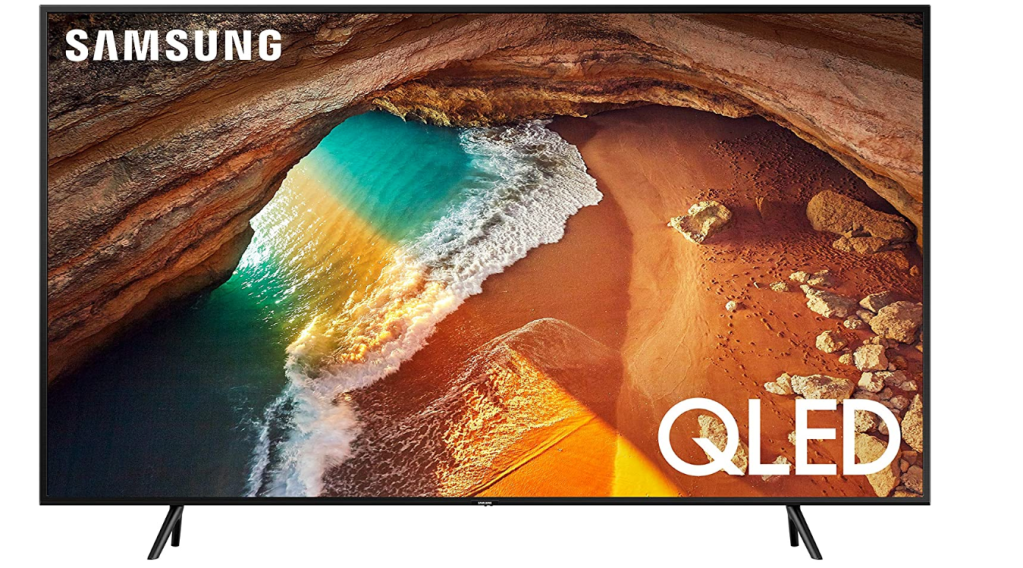