Bill Gates is typically trending in the news when it has something to do with his fortune, philanthropy, or business acumen. But this time, his eldest daughter Jennifer Gates is the focus of attention as it’s just been announced her longtime boyfriend, Nayel Nassar, proposed to her.

23-year-old Gates shared the news on Instagram and people are wondering about the young man that captured her heart. The pair have a lot in common, but here are some small details about Nassar’s background. 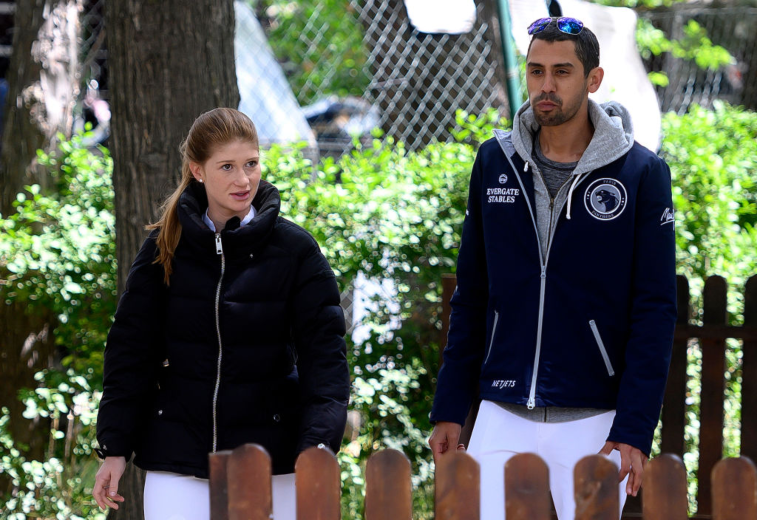 Nassar has a wordly background

Nassar was born in Chicago, Illinois, but grew up in Kuwait. According to Walikali, his parents–who have an architecture firm–hail from Egypt, and they got him his first horse when he was 10. Nassar also has a brother.

Over the years, they cultivated his love for riding by having him train in different parts of the world, including Europe.

According to EgyptToday, Nassar has been riding horses since age five and by the time hereached college, he started pursuing the sport professionally. But it was when hewas 10 that he developed a taste for jumping and has competed on the horsejumping circuit since 2013.

He and Gates are members of the Paris Panthers (Jenn Gates is the president), a riding club that competes in various equestrian sporting events. Nassar rides for Egypt, and has earned first place in numerous cup competitions. His talents also landed Egypt a spot in the 2020 Tokyo Olympics, according to CNN.

Nassar, 29, graduated from Stanford with an economics degreein 2013, per GlobalChampions League. He is also multilingual and can speak English, Arabic,and French fluently. Gates is also a Stanford grad, having earned her degree inhuman biology in 2018.

Nayel Nassar, you are one of a kind. Absolutely swept me off my feet this past weekend, surprising me in the most meaningful location over one of our many shared passions. I can’t wait to spend the rest of our lives learning, growing, laughing and loving together. Yes a million times over. ? AHHH!!!

Nassar is driven to succeed as a professional show jumper

Nassar told Horse Network that he had a choice to make during his last semester at Stanford. He was already competing as a show jumper but many of his friends had regular jobs lined up after graduation.

He was on the fence about whether to pursue the sport professionally or follow a traditional career path, but decided to compete in show right before finishing up school.

It was the determining factor for him. He ended up winningand couldn’t believe it:

“That was the okay, we’re capable of this. The horse is incredible. We need to keep it going and set goals. I thought, if I can win a million-dollar grand prix without doing this full time, then I think I owe it to myself and my horse to give it my undivided attention. That was the beginning of it all.

That night, we went out for dinner. I’m not much of a celebrator, I guess. I will say it was pretty cool to hold that giant check for $350,000. I still have it. I had to fold it to get it to fit in the luggage so it didn’t come out that nicely.”

Nassar and Gates have been together for several years

It is believed the pair started dating in 2016 or early 2017, but they spend much of their time together as equestrians. Gates says she is an amateur in the sport, but like her fiancé, has a love for it and a passion for horses. The couple has plans to continue traveling together internationally for the sport, and Gates is currently furthering her studies. For now, home base for the lovebirds is California.