Who Is ‘The Haunting Of Bly Manor’s Narrator? It Makes So Much Sense The Haunting of Bly Manor doesn’t start off how fans might have expected it to. Instead of introducing viewers to the grand manor in the English countryside right away, the new season begins in the middle of a wedding rehearsal dinner at a different haunted locale in California, where a mysterious grey-haired woman arrives and regales the wedding party with the titular ghost story. The tale-within-a-tale structure poses an immediate question just a few moments into the season: Who is The Haunting of Bly Manor‘s narrator, and what is the significance of this wedding? It’s not until the final episode that viewers finally get the answers to these questions.

The opening of The Haunting of Bly Manor kicked off the new season with a surprising return that fans weren’t expecting. Carla Gugino, who played the doomed matriarch Olivia Crain in The Haunting of Hill House, returned to play the mysterious narrator in Bly Manor. While the follow-up season had confirmed a lot of returning cast members from Hill House in new roles — including Victoria Pedretti, Oliver Jackson-Cohen, Henry Thomas, and Kate Siegel — Gugino was never confirmed to return, so her part in the new story was a delightful surprise.

Gugino doesn’t appear in the new season much, though. The bulk of the season is set within Bly Manor in the ’80s, with Gugino only showing up to introduce the story at the very beginning and then to close it out at the very end. However, her role in the finale plays a huge part in the emotional impact of the show.

Spoiler alert: The rest of this post contains spoilers from The Haunting of Bly Manor‘s finale. After telling the whole tale of Bly Manor, the final episode jumps back to the 2007 rehearsal dinner and reveals the true identities of all the wedding guests. As it turned out, the bride-to-be was actually a grown-up version of Flora. Earlier in the episode, Owen relayed to Dani and Jamie that Flora and Miles had completely forgotten all about their youth at Bly Manor, and that Flora had gotten a boyfriend. Other attendees at the wedding were revealed to be older versions of Owen, Miles, and Henry.

The biggest reveal, though, was the identity of the narrator. She was actually Jamie all along. After living out her love story with Dani, Jamie was forced to watch her fiancée struggle to keep the Lady of the Lake (the vengeful spirit who possessed her) at bay within herself. In the end, Dani returned to the lake at Bly Manor and drowned herself to return the ghost to her resting place. 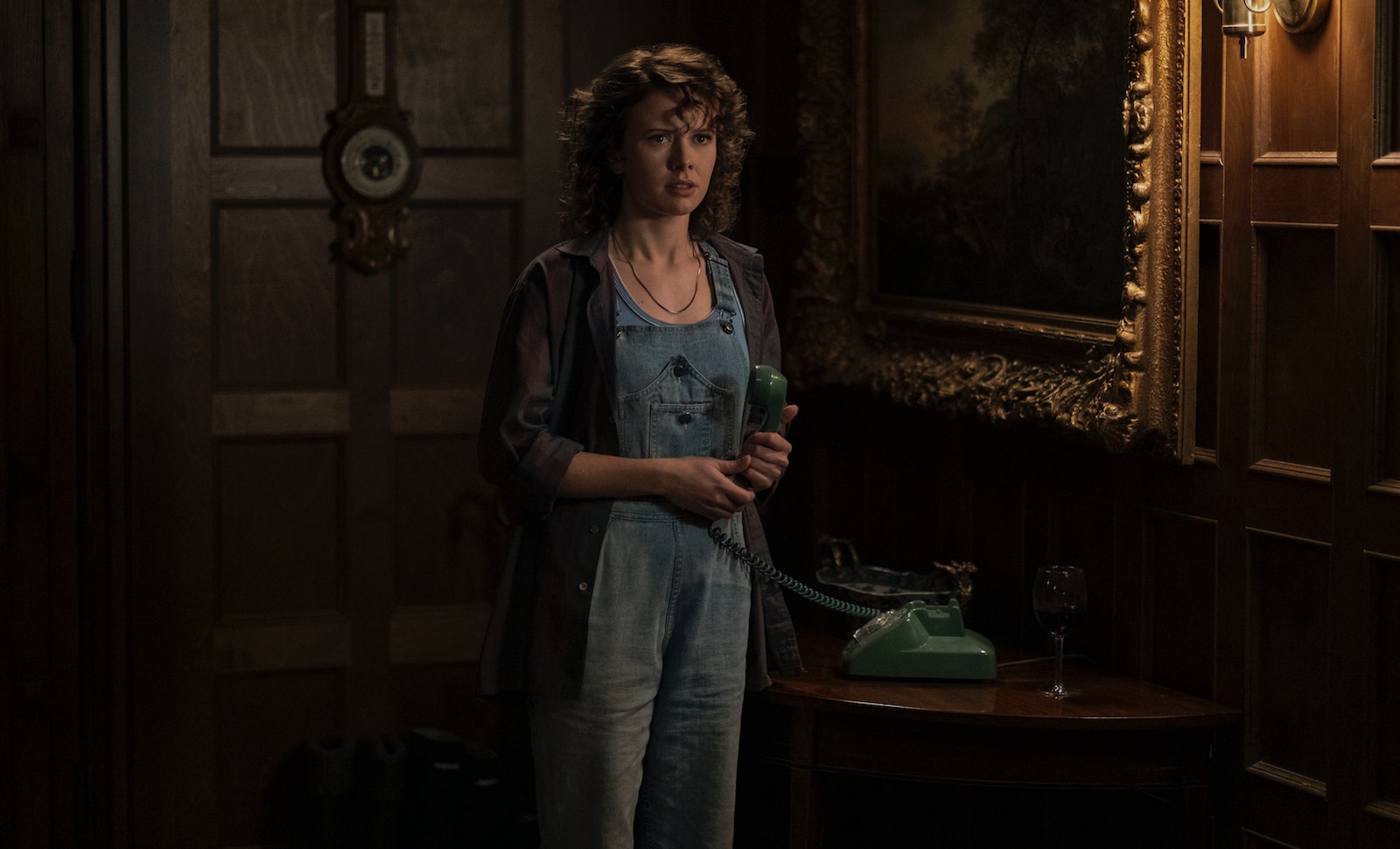 The revelation that Jamie was the one telling the story added a powerful emotional layer to the season, as the series ended with Jamie continuing to wait for Dani to someday return to her. As Flora herself noted when she heard the end of Jamie’s tale, Bly Manor wasn’t a ghost story, but rather a love story.

The Haunting of Bly Manor is on Netflix now.