Why Eminem Is 'Stressed Out' About Mariah Carey's Upcoming Memoir

Bracing himself. Eminem, whose real name is Marshall Mathers, is aware that his ex-girlfriend Mariah Carey could very well tell all about their past in her upcoming memoir — and that doesn’t sit well with him.

“Eminem’s Achilles heel has always been Mariah Carey. They had a very toxic relationship,” an insider tells Us Weekly exclusively. “He knows that Mariah is going to say very negative things about him. He is expecting the onslaught, and almost welcomes it.”

That said, there are things the rapper, 47, doesn’t want out there, including the details of their sex life, the source says. “Marshall is stressed out that Mariah is going to say s–t that he was bad in bed or a selfish lover because he has always been very insecure about that,” the insider says. “She knows that.” 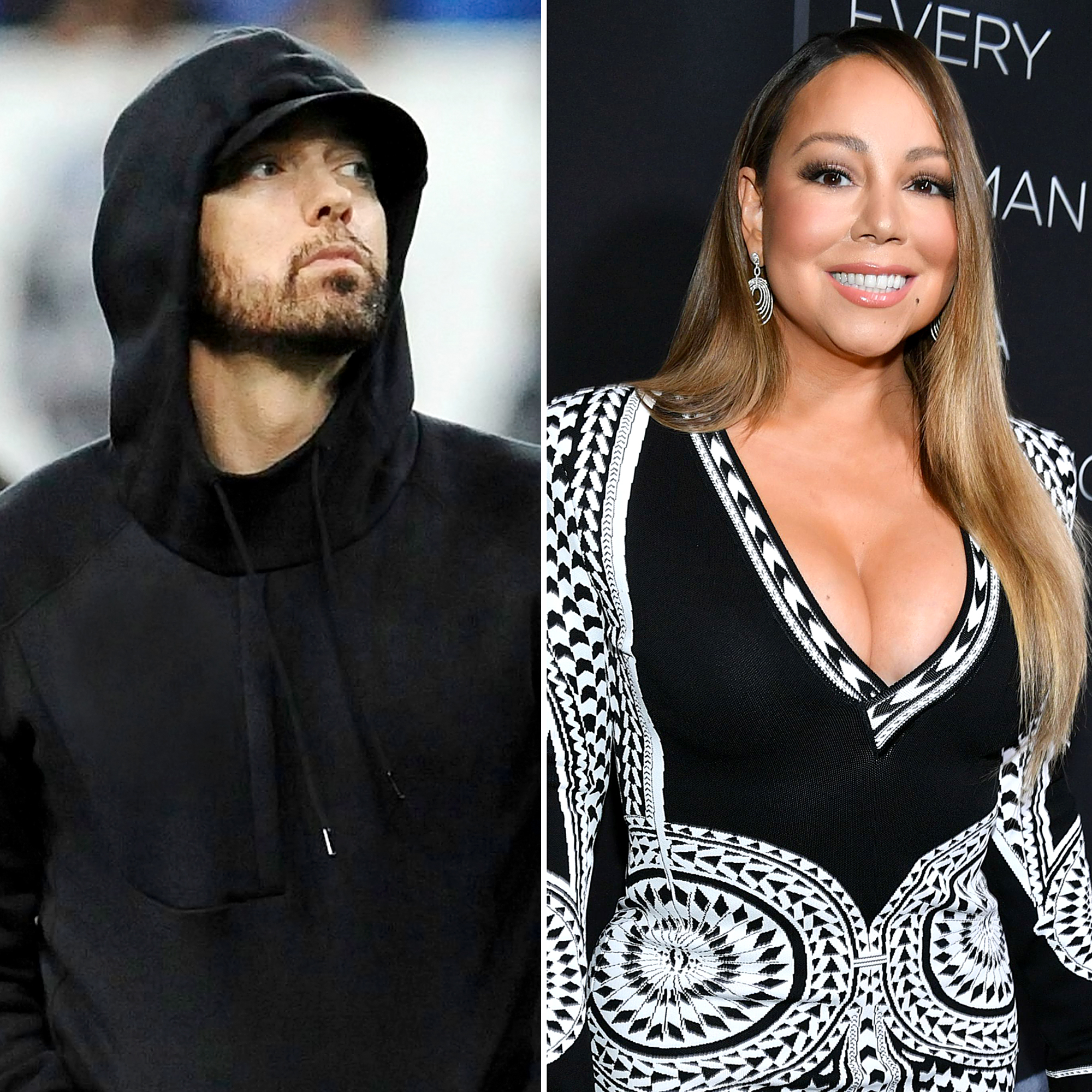 The five-time Grammy winner, 50, and Mathers have not kept their rift a secret through the years, both publicly slamming each other via their music.

The Biggest Celeb Feuds of All Time

In 2002, the Missouri native hinted at his romance with Carey, mentioning her in both “Superman” and “When The Music Stops,” both songs on The Eminem Show record.

“I don’t want to say anything disrespectful because I respect her as a singer, but on the whole personal level, I’m not really feeling it. I just don’t like her as a person,” the “Lose Yourself” singer told Rolling Stone at the time. “I gotta be honest; I learned a lesson from it: Don’t’ believe the hype. I have respect for her, but she doesn’t really have it all together. I’ll just say that and that she’s a beautiful woman.”

The “Emotions” songstress then denied the relationship and seemingly mocked him on her track “Clown.”

Mariah Carey’s No. 1 Singles Ranked: ‘Vision of Love’ to ‘Touch My Body’

Seven years later, he rapped about her and her then-husband, Nick Cannon, again on “Bagpipes From Bagdad.” She responded in the form of “Obsessed” six months later. Her June 2009 music video even featured a character closely resembling Mathers.

The next month, Eminem dropped “The Warning,” in which he detailed their sexual encounters and seemingly referred to Carey as a slew of derogatory terms. He called out Cannon, 39, by name, asking, “You think I’m scared of you? You’re gonna ruin my career, you better get one.” He then added, “Like I’ma sit and fight with you over some slut b–ch c–t.”

In 2019, the 8 Mile star slammed her again. “I know me and Mariah didn’t end on a high note / But that other dude’s whipped, that p–y got him neutered,” he rapped. “Tried to tell him this chick’s a nut job before he got his jewels clipped. Almost got my caboose kicked, fool, quit, you not gon’ do s–t. I let her chop my balls off, too ‘fore I lost to you, Nick.”

The 10-time American Music Award winner and the Masked Singer host were married from 2008 to 2016. They share 9-year-old twins Moroccan and Monroe.