Yazan Abo Horira: Has His New Girlfriend Been Revealed? 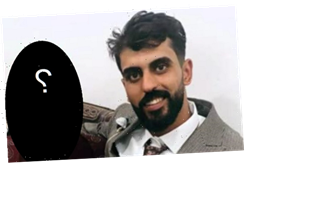 Late last year, Yazan Abo Horira revealed that he has a new girlfriend.

It was no surprise to anyone that things between him and Brittany Banks did not end well.

But who is this new girlfriend, reportedly named Lulu?

Now, social media sleuths in the 90 Day Fiance fandom believe that they have gotten a look at this mystery girl.

Recently, Yazan Abo Horira took to social media to declare that it was the “best day of his life.”

Now, that is generally not something that anyone over the age of 10 says lightly.

Many fans assumed that Yazan meant that he and his new bae, Lulu, had made plans to be together.

Specifically, Lulu — if that is her real name — is believed to be an American girl.

Unlike Brittany, she is a Muslim, and may have had an easier time gaining his parents’ approval than Brittany did.

As for their being together, fans had a theory.

The theory expressed on social media was that perhaps Yazan had secured a K-1 visa to be with Lulu in the US.

Remember, he and Brittany do not seem to have actually followed through on their on-screen plans to begin the K-1 visa process.

That means that Yazan’s prior romance with Brittany would be less likely to raise red flags — dating past Americans might raise eyebrows with officials, but trying to marry multiple Americans in the space of a year would set off alarm bells.

However, Yazan replied to this theory, writing “I’m not.”

That seems to mean that if he and Lulu even plan to move to the US, it’s not any time soon.

Still, many fans suspect that this may be Yazan’s long-term plan with his new lady love, in part because he clearly wants a more Westernized lifestyle.

That lifestyle is of course possible in Jordan in many ways.

Jordanian laws have undergone dramatic reforms over the past few decades … though non-marital sex is still officially illegal.

But for Yazan (and we saw this during his whole season with Brittany), the problems have way less to do with Jordan and more to do with his extremely conservative extended family.

This, according to unconfirmed 90 Day Fiance cyber sleuthing by curious fans, is allegedly Lulu.

She is clearly a beautiful, albeit very young-looking woman.

As we said, we cannot confirm anything about her at this time, but we hope that Yazan and she will be open to sharing more in the future.

That said, Brittany had a great deal to say about Yazan after their relationship ended.

Among other things, she accused him of cheating on her, being an avid substance abuser, and of playing mind games.

While we cannot confirm much of that, it was clear that Yazan was lying to Brittany and his family, telling both sides exactly what they wanted to hear … right up until they met.

Brittany also said a lot more, alleging that Yazan stole from her.

She also accused him of having allowed a gay fan to message him for money and send him intimate photos, though she did not say that Yazan reciprocated or did this for any motivation but money.

Some fans cannot help but wonder if Lulu knows what she is getting into with Yazan.

90 Day Fiance The Other Way Recap: Yazan Tells Brittany that His Family Might Kill HimStart Gallery