“Consent is something that’s super, super important to me,” Dobrik says in new video 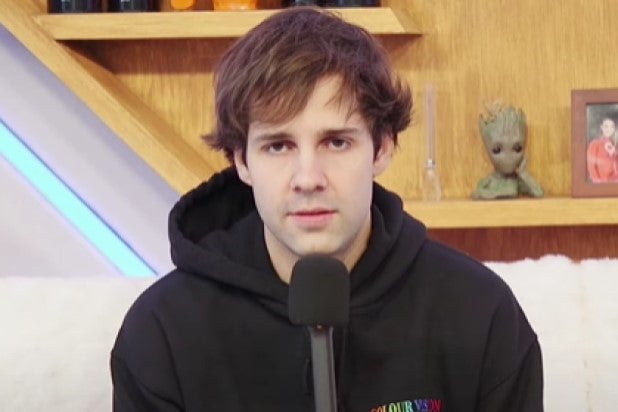 YouTuber David Dobrik told his fans “Im sorry if I’ve let you down” in a new video addressing accusations that a member of his “Vlog Squad” drugged and raped an extra while shooting a video in 2018.

The anonymous accuser, in a report from Business Insider on Tuesday, said Vlog Squad member Dominykas Zeglaitis, 23, (who goes by Durte Dom) got her drunk when she was 20 years old and sexually assaulted her after she came to the group’s home to film the 2018 video. (The Vlog Squad is a group of Dobrik’s close friends who create content on YouTube together. Dobrik’s main YouTube account has 18.8 million followers, while Zeglaitis’ account has more than 800,000.)

Dobrik, in a 2-minute, 32-second response video posted on YouTube late on Tuesday night, said “consent is something that’s super, super important to me.” He continued: “Whether I’m shooting with a friend or shooting with a stranger, I always make sure that, whatever the video I’m putting out, I have the approval of that person.”

In the Business Insider story, the accuser “Hannah” and her friends are referred to by pseudonyms. So far, no charges have been filed and the accuser said she has not yet contacted the police. Dobrik, Zeglaitis and other members of the Vlog Squad did not respond to TheWrap’s request for comment.

Later in the clip, Dobrik said he “chose to distance” himself from Zeglaitis and other former associates who are no longer part of the the group’s shoots. Dobrik said it’s because he doesn’t “align with some of the actions and I don’t stand for any kind of misconduct, and I’ve been really disappointed in some of my friends, and for that reason I’ve separated from a lot of them.”

Dobrik also addressed claims made by former Vlog Squad member Joseth “Seth” Francois last month, who said he was tricked into kissing YouTuber Jason Nash in a video. Francois said he was under the pretense that he was being blindfolded to kiss a female member of the Vlog Squad. “In my case, it’s blatant… the point of the video [was] to sexually assault me,” Francois told Buzzfeed News.

“With the Seth situation, I’m sorry to Seth, because like I said, I just want to make videos where everybody in it — whether you’re participating or watching — is enjoying and having a good time,” Dobrik said. “And I missed the mark with that one. And I’m really sorry. I truly, truly am.”

Dobrik finished his video saying he believes actions speak louder than words and that he’ll “show you and prove to you the mistakes I made before won’t be happening again.”

Samson Amore contributed to this report.