Zoe Ball has been named one of the BBC’s highest paid stars, after receiving a pay rise of £1 million. The BBC Radio 2 and Strictly It Takes Two presenter’s wage has skyrocketed, while other well known faces’ pay has been cut.

The news comes just one month after it was reported that Zoe had lost a million listeners on her Radio 2 Breakfast Show.

She took over the show from Chris Evans in January 2019, and has also been a fan favourite on Strictly spin off show – It Takes Two – since 2011. 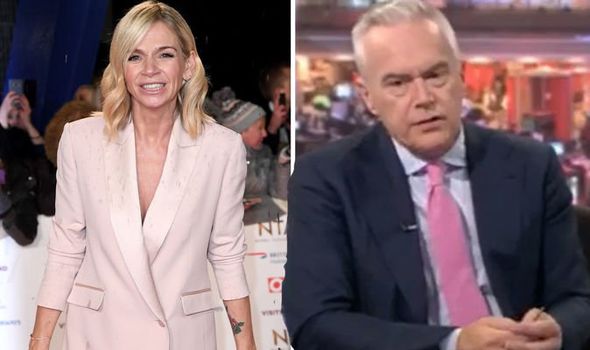 Huw Edwards and Alan Shearer took slight pay cuts while Gary Lineker’s huge wage will be reduced next year, after he signed a five-year contract to remain at the BBC.

The Match of the Day host will continue his duties on the programme as well as fronting the BBC’s coverage of the FA Cup, football matches and BBC Sports Personality of the Year.

The new deal sees the former footballer’s pay reduced by 23 per cent.

Gary said of his new deal: “I love working with the BBC, and am very proud to continue to be a part of their outstanding football team.

“I’m looking forward to the next five years – with a European Championship and World Cup on the horizon, it’s exciting times for me and the team.”