A RARE £1 coin with a huge minting error on it has sold for over £255 on eBay after collectors locked horns in a bidding war for it.

The coin, which the seller claims was minted in 2018, has been struck twice on both sides. 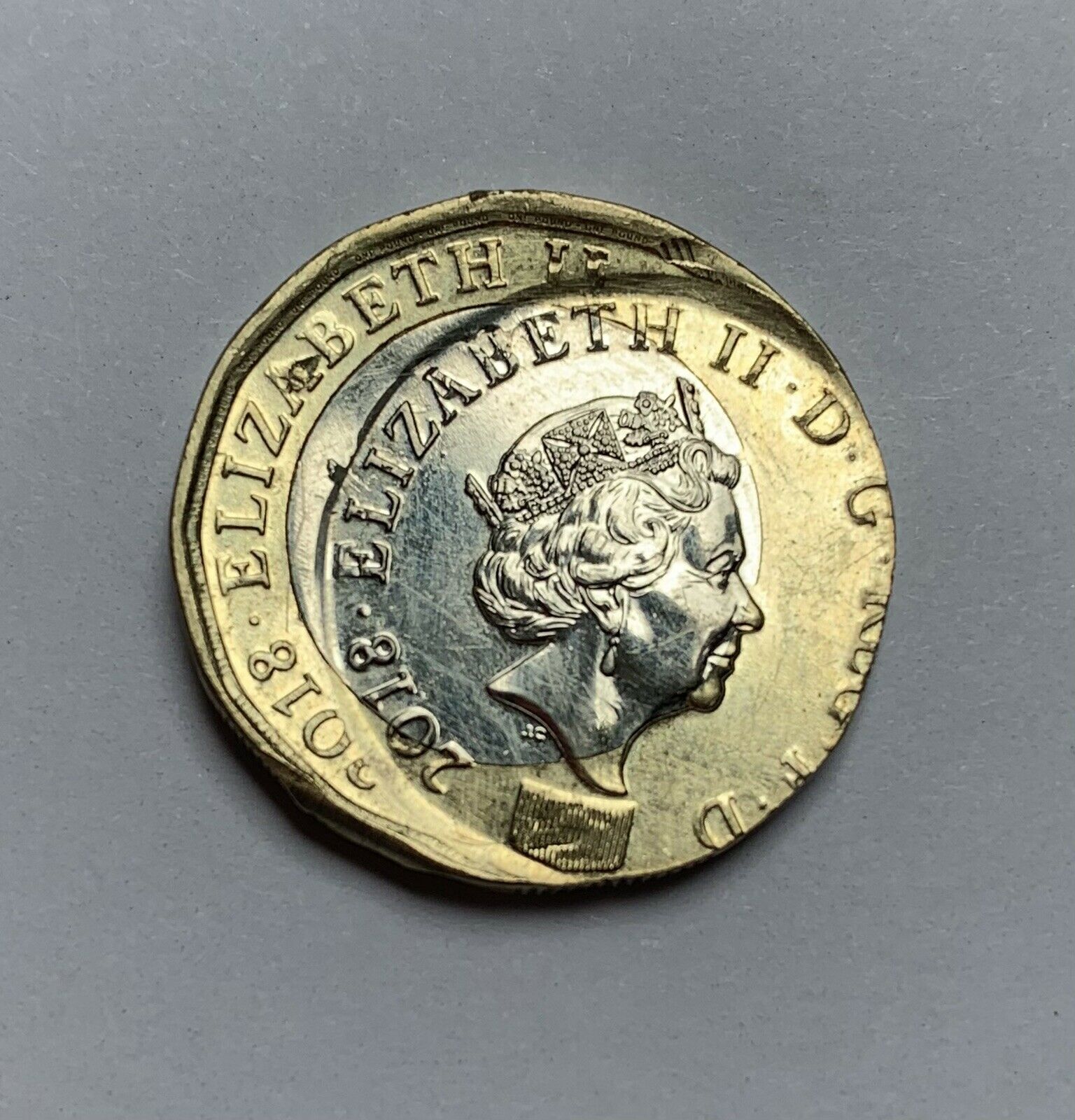 This means that the writing around the outside has been doubled up, and the Queen’s head is not aligned in the centre.

The other side of the coin, which has the “The Nations of the Crown” design on it showing the English rose, Welsh leek, Scottish thistle and Northern Irish shamrock, also has the minting error.

Both designs on each face of the pound have “fallen off” the side.

Coins with mistakes tend to be among the highest values because of their extremely limited numbers.

They tend to be high in demand by collectors, because it's pretty rare if error coins make it into circulation. 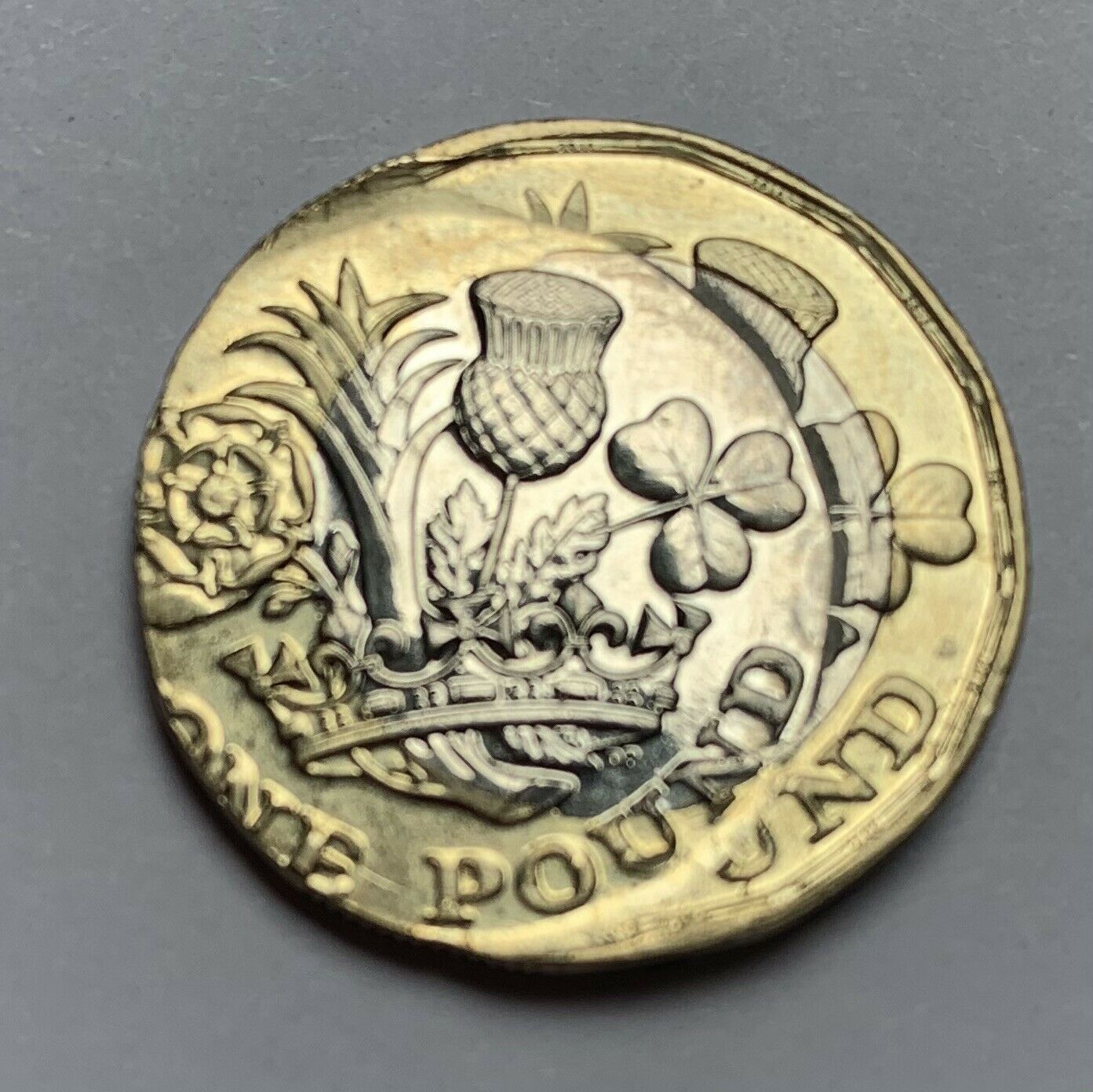 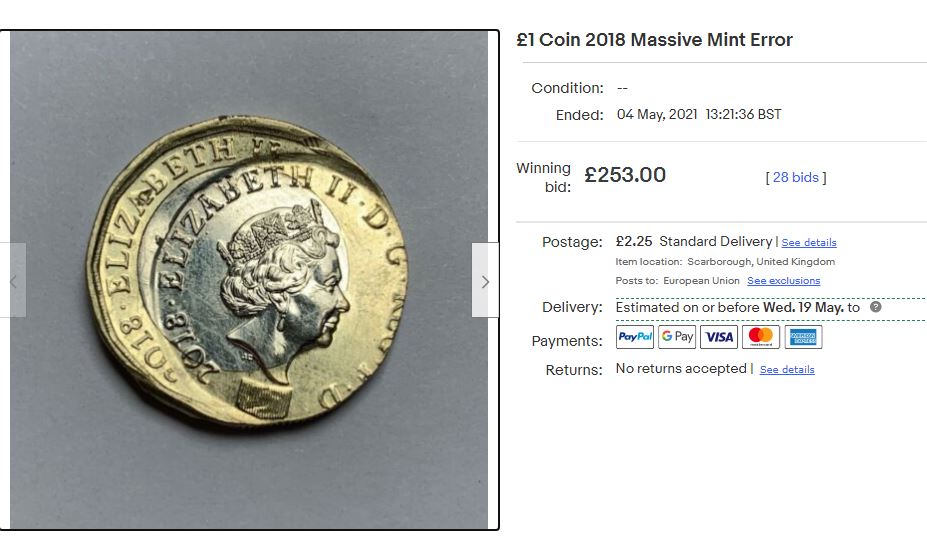 Many will pay over the odds to get their hands on one, and this particular coin sparked a bidding fight with 13 bidders battling it out to try and scoop it.

One lucky coin enthusiast snuck in at the last minute with a £253 bid, clinching the deal.

The error coin sold was a new £1 coin which replaced the old “round pound” back in 2017.

The new £1 design is 12-sided instead of round, making it much more difficult to counterfeit.

If you have an old round pound, you can't spend it in shops.

But you can still deposit it into your bank account if you take it to the Post Office or most banks.

The Royal Mint manufactures between three million and four million coins a day, so you can see why sometimes things go wrong.

You can get imperfect coins verified by the Royal Mint, which will be able to let you know if your change is legitimate or not – you'd be surprised at how many fake coins are in circulation.

RARE and valuable coins can go for a hefty sum – but how do you know if your coin is the result of a genuine minting error?

The best way to find out if you have an error coin is to send it to the Royal Mint museum, which will analyse it and see if it is a result of a genuine minting error or not.

It'll normally take a couple of weeks to get the results back to you.

But remember, there's a difference between a genuine error coin and one that is just imperfect, for example with a design that is not as clear as you'd expect.

And whatever you do, don't be tempted to splash your cash without evidence from the Mint confirming that it's a genuine error.

Getting the coin looked at can also reassure your buyer that they're paying for the real deal – and it could push up the price too.

It’s not the only double-struck pound that has been sold on eBay recently for way and above its face value.

Last year, a £1 coin with the same striking error was sold for £282, and other coins with mistakes on them have also sold for hundreds recently.

In April, a rare round pound was sold for £155 after an error left it with upside down writing on its side.

So the minting mistake means you’d need to hold it with the Queen's head facing downwards to be able to read it.

Meanwhile in February last year, another mis-struck £1 coin was sold for £112.

The error left the silver-coloured inner part of the pound looking like a fried egg.

If you notice your spare change looks different to what it’s supposed to look like, you might want to keep hold of it and check out how much it could be worth on eBay.

You can also use an online tool called Coin Hunter, which gives you an estimated valuation of your coin based on the average of the most recent sales, as well as a range of how much you can expect it to fetch.

You can also check how much coins previously sold with the same or similar minting error have been sold for on eBay to give you an idea of pricing.

To do this, search the full name of the coin, select the "sold" listing and then toggle the search to "highest value".

It will give you an idea of the amount of money that the coin is going for.

The Royal Mint has launched a new 50p coin featuring Scottish inventor John Logie Baird, and it could be worth up to £500.