A Falkland War veteran: I think of Falklands every day 40 years after my ship was hit 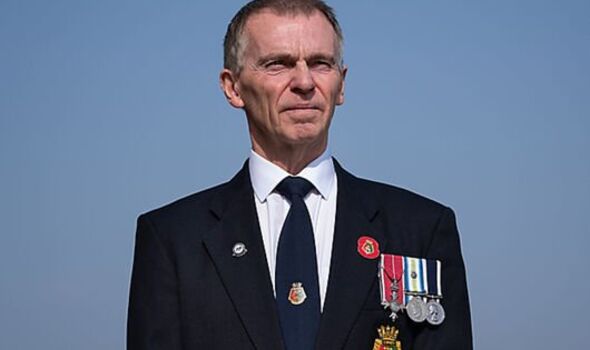 Christopher Howe, 65, was a petty officer on HMS Coventry, which was attacked by Argentine jets on May 25, 1982.

Nineteen crew members were killed and another died of his injuries a year later.

Mr Howe suffered 27 per cent burns in the attack, and recalled the horror to mark 40 years since the ship went down.

“There’s not a day goes by that I don’t think about what happened then, you can’t help it.”

“I remember turning to the captain at the time and saying, ‘We’re about to get attacked by…'”

“I’m not sure if I actually finished my statement when there was this thud, followed by an extreme heat and a fireball rolling around the ops room.”

“My life just slowed down completely. The next thing I know, I’m waking up in an ops room that’s tilting. My arm was on fire, most of my clothes had been blown away completely, and I was in a lot of pain. There was a lot of thick, acrid smoke.”

Three bombs struck the ship, with two exploding on impact.

Mr Howe said he pictured his wife and children. He added: “I said, ‘No, I’m not ending my life here.'” Like many veterans of the conflict, Mr Howe’s mental health has suffered.”

He said: “I used to have a lot of silent periods. I don’t know where I went.”

“I was thinking of what had happened. Why was I lucky? Why did I escape?”

“Why did 19 of my shipmates lose their lives?”

“We must never forget. They made a sacrifice. And as we say, ‘We gave our today for your tomorrow.’

“The Falklands War claimed the lives of 255 British military personnel.”