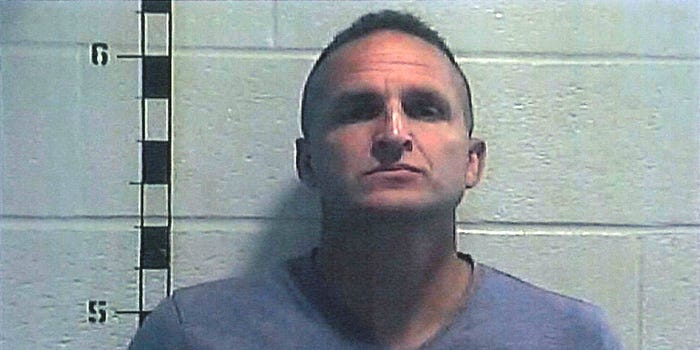 Brett Hankison, who was charged with three counts of first-degree wanton endangerment in Taylor's case, was accused by two women of sexual assault. In a lawsuit filed on Tuesday, one of the women said Hankison "willfully, intentionally, painfully and violently sexually assaulted" her, the Louisville NPR affiliate WFPL reported.

According to the lawsuit cited by WHAS-TV, Hankison is accused of meeting the woman while at the Tin Roof bar in 2018, where Hankison worked a side job as a security guard. The lawsuit alleges that Hankison offered the woman a ride home and later assaulted her.

WFPL reported that the woman who brought forth the lawsuit is Margo Borders.

"Margo was physically injured, mentally horrified and remained in extreme emotional duress over both the assault and the feeling that any efforts made to hold Officer Hankison accountable for his actions would backfire," Sam Aguiar, Borders' attorney said in the complaint.

Borders said that the morning after the assault, her mattress and sheets were covered in blood, but Hankison had claimed they had consensual sex, according to WFPL.

The lawsuit claims that Hankison routinely befriended young women at the bar, connected with them on social media, and then offered them rides home before assaulting them when they were intoxicated WHAS reported, citing court documents.

"We hope through this civil litigation that Brett Hankison will be held accountable. That his conduct will be exposed, that it will be made clear that this is something LMPD tolerated, that they had notice of, that they never acted on," Aguiar told WHAS11.

The lawsuit also accuses the Louisville Metro Police Department Chief Steve Conrad of failing to report and intervene in the sexual assault allegations against Hankison, negligent supervision, and accused the bar where Hankison worked was also negligent.