A new hotel in DC features a Ruth Bader Ginsburg portrait made from 20,000 hand-painted tampons — and that’s not even the wildest design 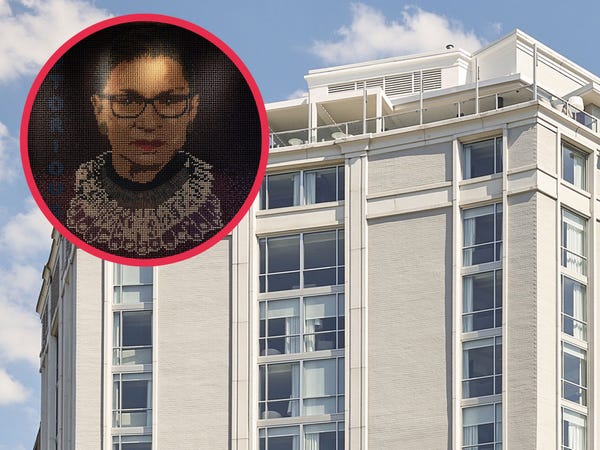 One of Washington, DC's newest hotels is all about celebrating women. 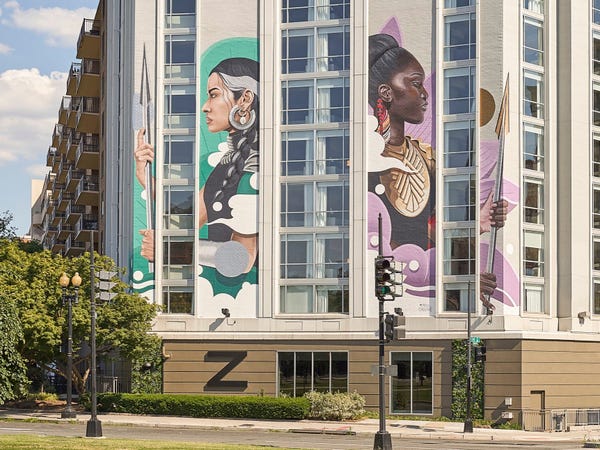 Called Hotel Zena, it features over 60 bold and provocative artworks dedicated to female empowerment and those who have fought for women's rights. 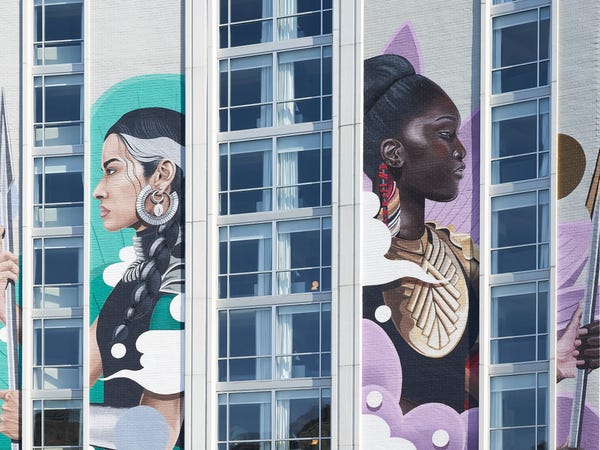 Created by artists of all genders from around the world, the installations range from paintings to photography, sculptures, and textiles. 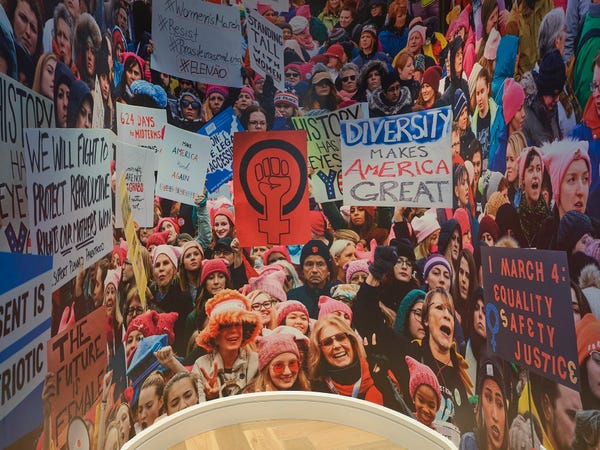 Some serve dual purposes: This collection of upcycled high heels encased in a glass box is the hotel's reception desk. 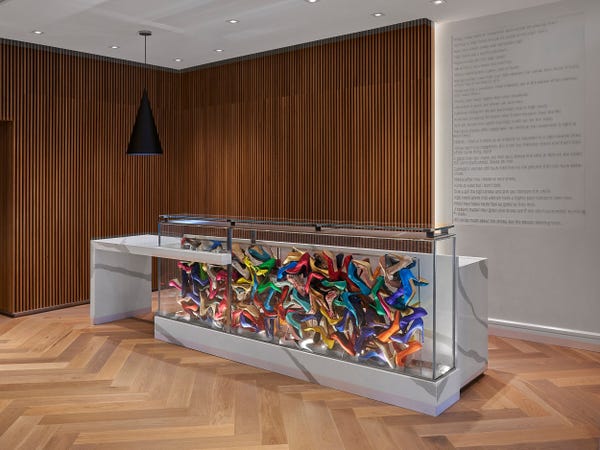 Hanging in the lobby is a larger-than-life portrait of the late Supreme Court Justice Ruth Bader Ginsburg, or "notorious RBG." 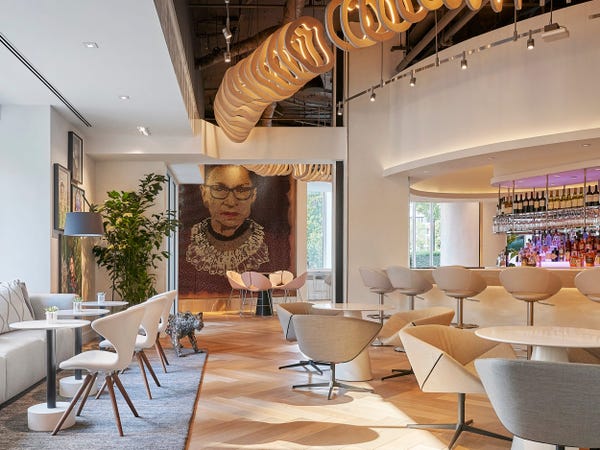 Conceived by Andrea Sheehan, art director and founder of Dawson Design Associates who oversaw the hotel's design, the portrait is made from 20,000 hand-painted tampons. 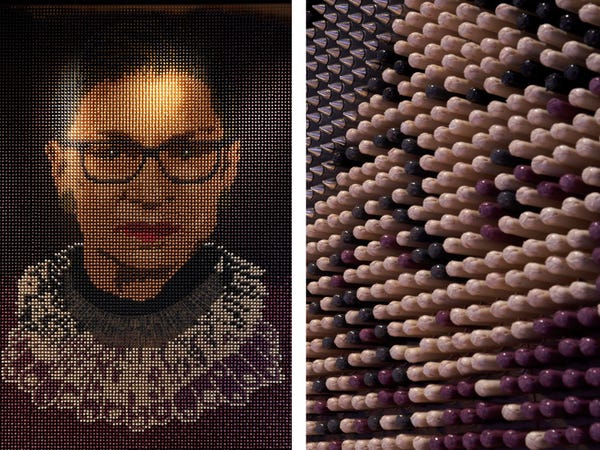 The idea to create the Ruth Bader Ginsburg portrait using tampons came to Sheehan in a dream. "I woke up in the middle of the night, and it was all about tampons," she told Insider. 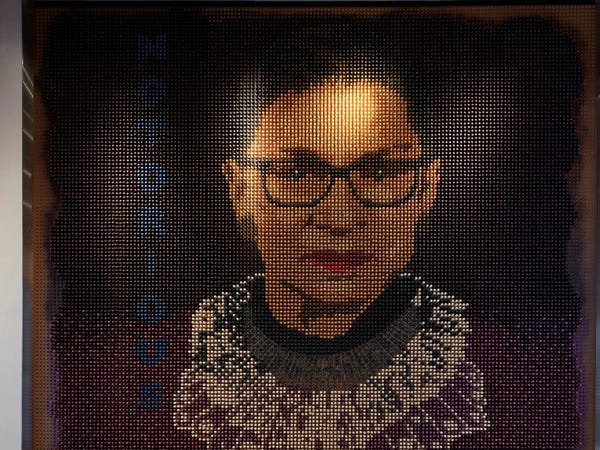 The lobby includes portraits of nine other powerful women, such as Shirley Chisholm, the first African American woman elected to US Congress. 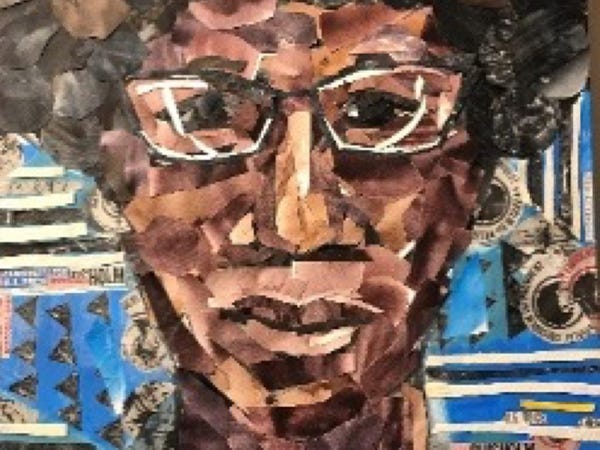 Nearby, a "Wall of Honor" illuminates sketches of 221 men and women who have led the fight for women's rights, ranging from Hillary Clinton and Oprah Winfrey to Plato. 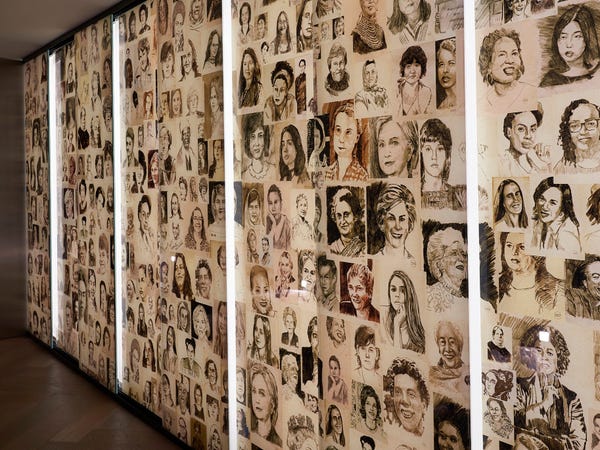 "This is not a female hotel or a male hotel," Sheehan told Insider. "This is a civil rights hotel where women are celebrated." 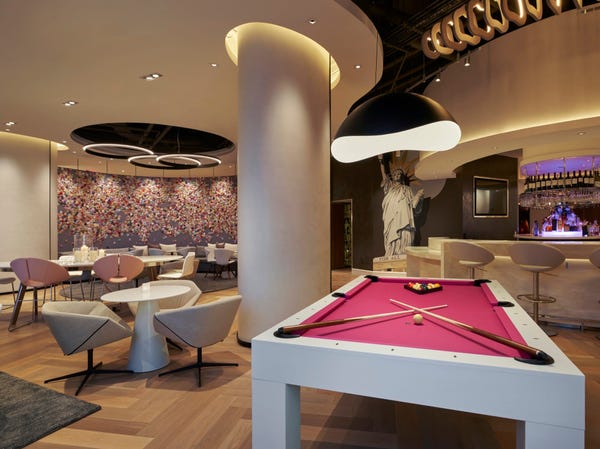 Every line, curve, and color in the hotel is intended to celebrate and recognize women, Sheehan said. 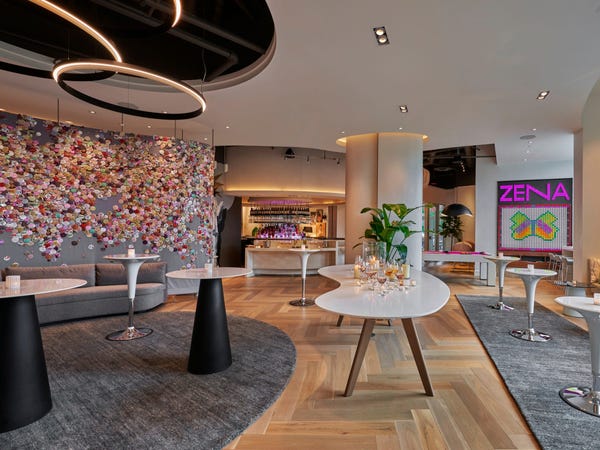 In "Figleaf," the hotel's restaurant, bar, and coworking space, 12,000 protest buttons mounted on a 20-foot curved wall pay homage to generations of protests led for and by women. 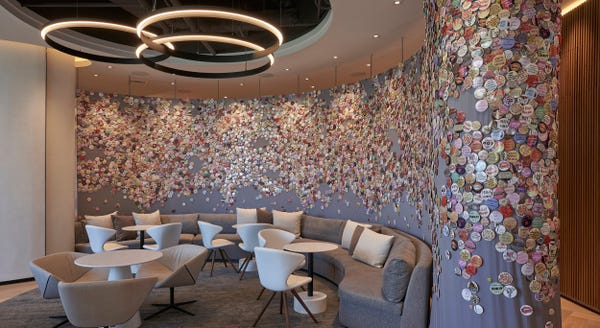 Brightly lit meeting spaces are named after people like Ava Belmont, an important figure in the American women's suffrage movement. 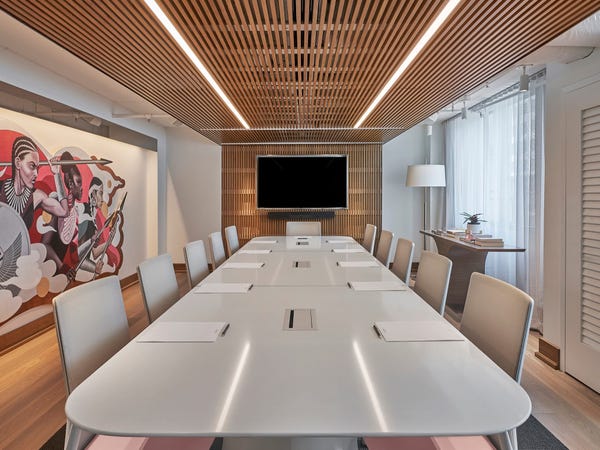 In each of hotel's guest rooms, the Greek goddess Artemis, protector of women, keeps a watchful eye. 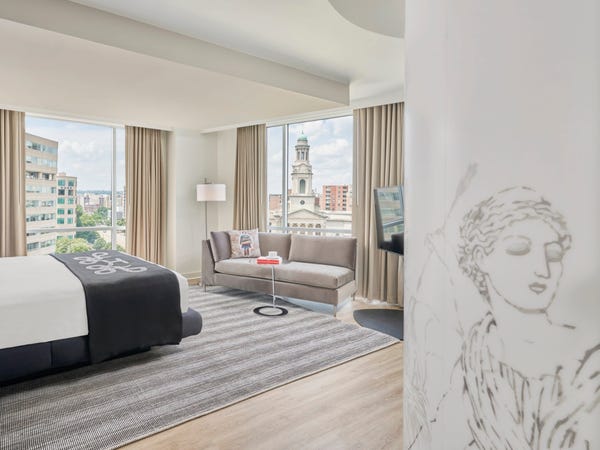 Sheehan described the hotel's atmosphere as "inviting" yet "fierce" and hopes that the hotel's art-filled spaces will spark conversation among visitors. 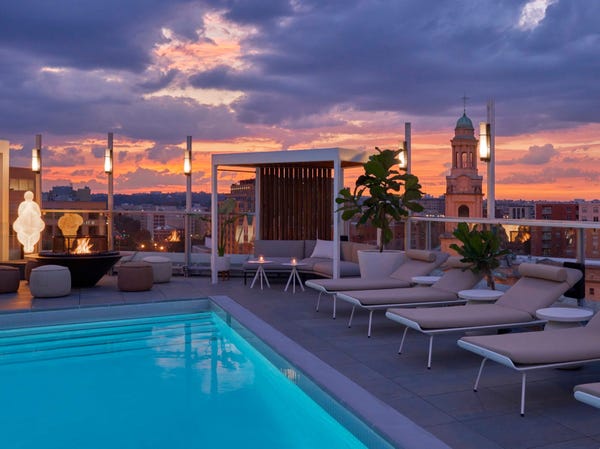 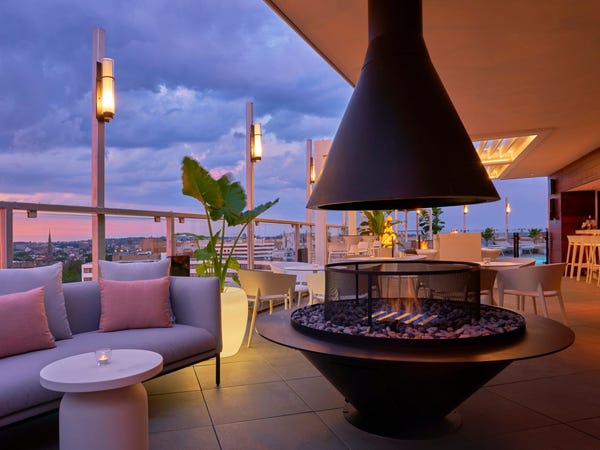 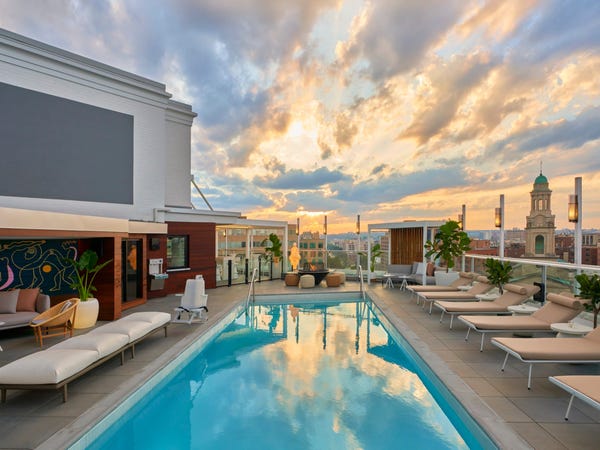