ALDI is rolling out more self-service tills in stores to speed up its already super-fast checkout service.

The discounter has already been testing the machines in five branches and will now add another four to its portfolio, bring the total up to nine. 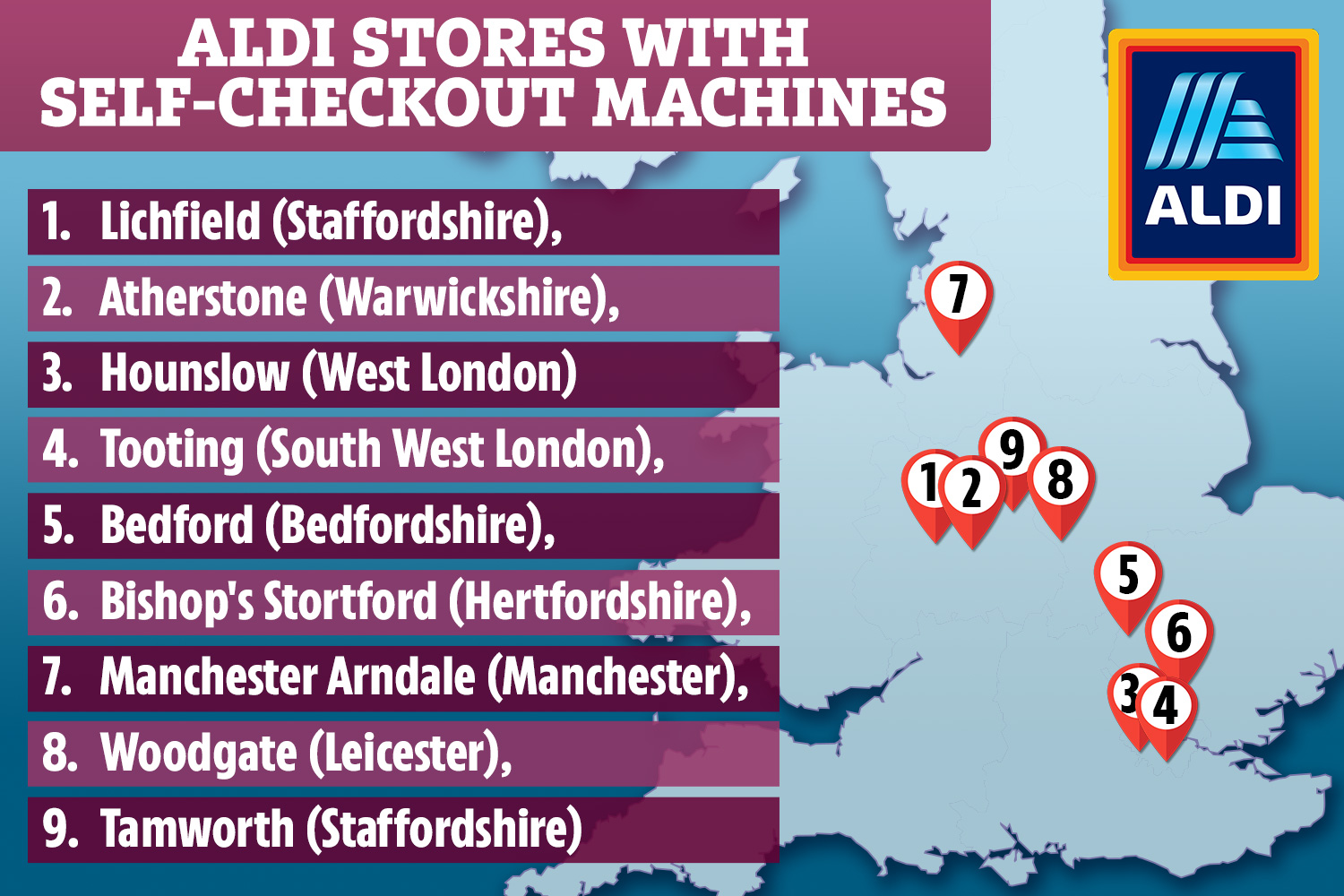 This is in addition to branches in Bedford (Bedfordshire), Bishop's Stortford (Hertfordshire), Manchester Arndale (Manchester), and Woodgate (Leicester) who offer the service.

But Aldi is slower than rivals to roll out the modern technology.

When it first launched a trial in just one store in Tamworth (Staffordshire) back in April 2019, Lidl has already installed the machines in 150 stores.

When's the best time to shop at Aldi?

WHEN it comes to shopping at Aldi, the best time to do so depends on what you want to buy.

For reduced items – when shops open

Red sticker items are rare at Aldi's 830 UK stores, but the supermarket says that none of its food goes to waste so there are some to be found – if you're quick.

A spokesman for the supermarket said: "All items are reduced to 50 per cent of the recommend sales price before stores open on their best before or use by dates."

That means you have the best chance of finding reduced food items if you go into stores as soon as it opens.

Opening times vary by shop but a majority open from 7am or 8am. You can find your nearest store's times by using the supermarket's online shop finder tool.

For Specialbuys – Thursdays and Sundays

Specialbuys are Aldi's weekly collection of items that it doesn't normally sell, which can range from pizza ovens to power tools.

New stock comes into stores every Thursday and Sunday, so naturally, these are the best days to visit for the best one-off special deals.

For an even better chance of bagging the best items, head there for your local store's opening time.

You don't have to head into stores to bag a Specialbuy, though.

They also go on sale online, usually at midnight on Thursday and Sunday, and you can pre-order them up to a week in advance.

As long as you spend at least £25, you'll get the items delivered for free.

Self-service machines were first introduced in stores in the 1990s and have since been adopted by Asda, Morrisons, Tesco and Sainsbury's.

No Aldi stores are completely self-service though and customers will be able to pay for their goods at a staffed checkout if they would prefer.

Aldi is famous among customers for how quickly the cashiers scan shopping, sometimes up to 40 per cent faster, leading some to speculate that the supermarket offers workers incentives to speed up.

The supermarket has previously said that scanning the shopping yourself could make paying even faster.

But some loyal shoppers vowed to boycott the machines after the previous round of self-service stores were announced.

Customers will able to pay for goods at the new tills with cash, cards, and Apple and Android Pay.

Shoppers who do use the touch screen self-scanners should make sure they wash their hands with either soap and water or anti-bacterial hand sanitiser after using them.

This is because coronavirus can stay on surfaces for up to 72-hours so you should avoid touching your face immediately after using the machines and before washing your hands.

Supermarkets have been able to stay open during the Government's pandemic lockdown but now some non-essential stores are looking to begin phased reopening.

Primark has said it will start to open stores from June 15 – but shopping won't be the same as before. Here's what differences you can expect.

Here's a full round up of shops that are planning to open again – plus some have slashed prices by up to 70 per cent.