Aldi is crowned the CHEAPEST supermarket in the country with shoppers saving an average of £9.79 on their basket compared to rivals

Aldi has been declared the UK’s lowest priced supermarket in a new comparison survey.

According to independent analysis by The Grocer, the German chain surpassed its main rivals including Tesco, Asda, Morrisons and Sainsbury’s to scoop the title in the trade magazine’s latest weekly rankings.

It comes after the budget chain was named as as Grocer of the Year by the same title earlier in 2018, knocking Tesco off the top spot.

Aldi has long reigned popular with bargain-hunting shoppers and the latest news confirms that they’re saving the most on their everyday essentials, up to a whopping £9.79 on their baskets. 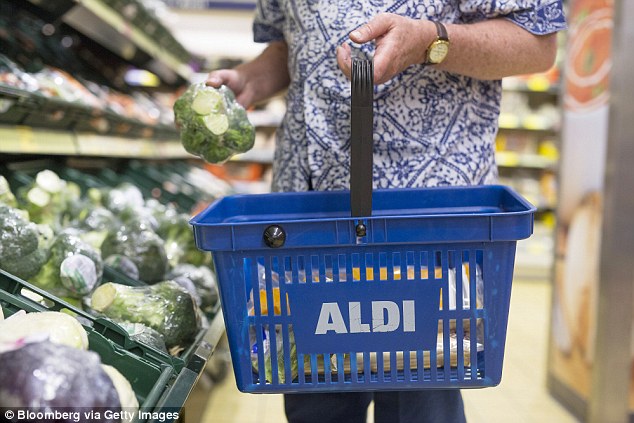 Aldi has long reigned popular with savvy shoppers and the latest news confirms that they’re saving the most on their everyday essentials, up to a whopping £9.79 on their baskets

Each week The Grocer analyses 33 grocery lines at Asda, Morrisons, Sainsbury’s, Tesco and Waitrose – with guest appearances made from retailers Aldi, Lidl, Iceland and Ocado throughout the year.

This was the third time in 2018 that Aldi has been featured, with the basket worked out at 21.5 per cent cheaper than the average basket price of the Big Four supermarkets – the widest gap since December 2016.

This means that shoppers can save on average £9.79 if they purchase this basket from Aldi instead of the Big Four. The price gap to the nearest priced competitor Asda was 11 per cent or £4.44.

Aldi had the lowest price on 32 of the 33 items tracked by The Grocer this week, and was exclusively cheapest on 29 of the items featured.

This marks Aldi’s third appearance as a ‘guest retailer’ in the survey this year and on each occasion, it has maintained a sizeable price gap to other supermarkets.

Aldi is not included in the price comparison survey every week because their ranges are still primarily own label based, so there wouldn’t get a wide match of products with the bigger chains. 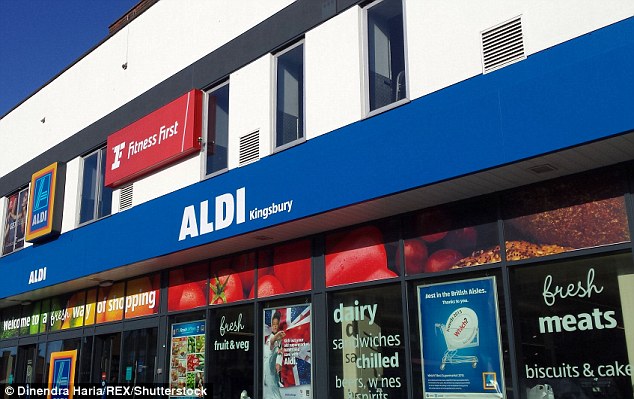 Each week The Grocer analyses 33 grocery lines at Asda, Morrisons, Sainsbury’s, Tesco and Waitrose – with guest appearances made from retailers Aldi, Lidl, Iceland and Ocado throughout the year

Julie Ashfield, Managing Director of Corporate Buying at Aldi, said: ‘This result shows that we are undisputedly Britain’s lowest-priced supermarket and hold a significant price advantage over competitors.’

‘At a time when inflation is starting to hit households again, we will continue to do all we can to ensure that our customers pay the lowest grocery prices in the UK’.

Earlier this year, Aldi was named Supermarket of the Year in The Grocer Gold Awards and replaced Waitrose as the UK’s favourite supermarket in a survey by Which?

Aldi has also won over 400 awards for the quality of its products range so far during 2018.