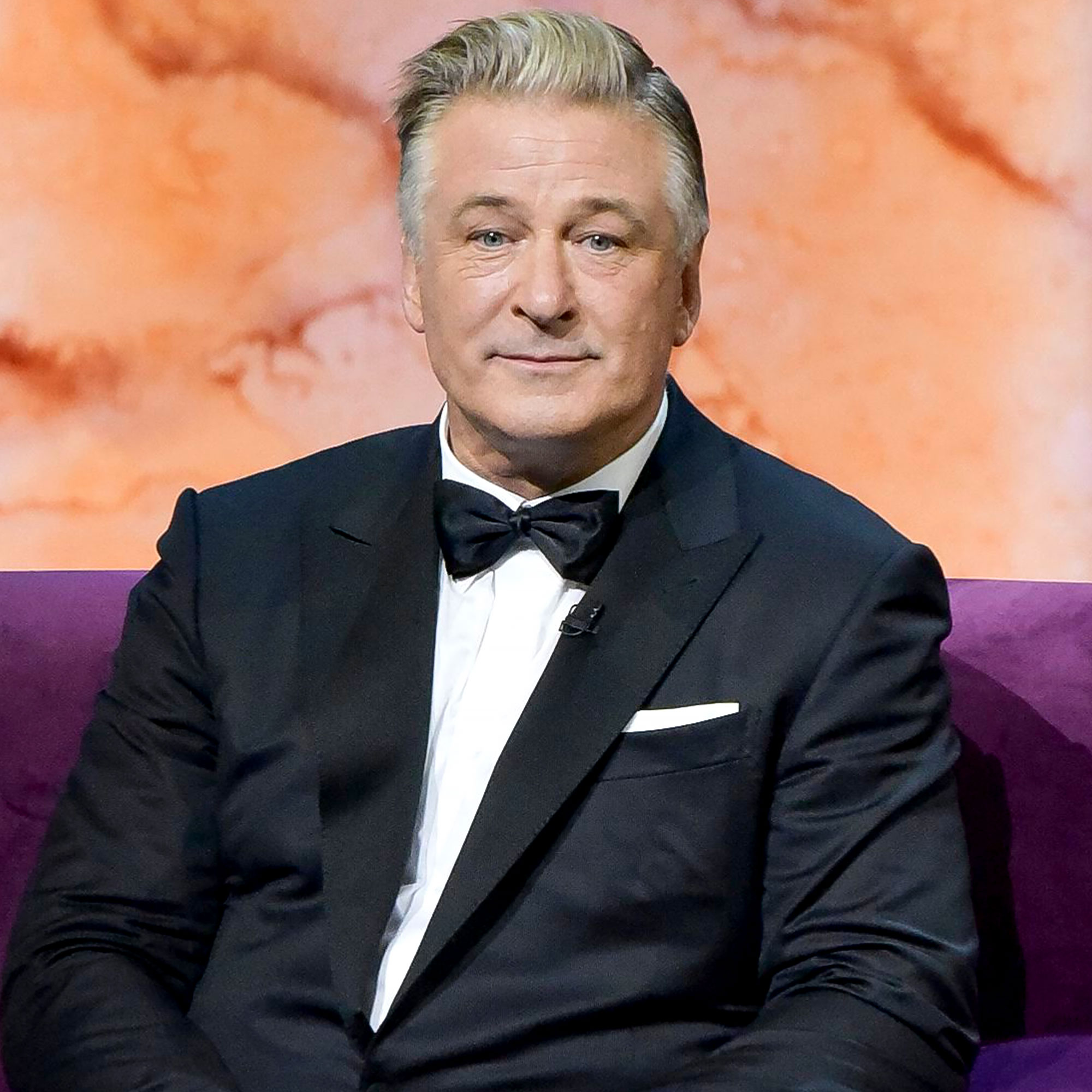 Back in action. Alec Baldwin returned to work for the first time since the fatal Rust shooting in October 2021.

Alec Baldwin and Hilaria Baldwin: A Timeline of Their Relationship

The 63-year-old 30 Rock alum reflected on having a “tricky” day on a new project in an Instagram video shared on Tuesday, February 8.

“I don’t work as much as I used to and I’ve said this before, maybe, but you go to work and you forget what you supposed to do,” Baldwin said while lying in bed. “I just was like, ‘Oh God, what do you do? What is acting?’ … It’s strange to go back to work.”

The three-time Emmy winner noted that he hasn’t been on a set “since October 21 of last year,” when a prop gun was accidentally misfired during production on the western Rust. The incident led to the death of cinematographer Halyna Hutchins and the hospitalization of director Joel Souza. (The filmmaker was injured but eventually recovered.)

“I still find that hard to say,” Baldwin confessed in his video after mentioning the fatality. “I went back to work today for the first time in three and a half months, and movies are nearly always the same. Everybody’s young, compared to me. … Especially in an independent film, where there are good people — there are very good people. But everybody’s chasing all the good people and a lot of the best ones get gobbled up by projects that have more money.”

The Departed actor didn’t name the movie that he was in the process of filming, but he was recently spotted at Heathrow Airport in London. While recapping his day, Baldwin noted that he was missing his wife, Hilaria Baldwin, and their children: Carmen, 8, Rafael, 6, Leonardo, 5, Romeo, 3, Eduardo, 17 months, and Lucia, born via surrogate in 2021. (Alec is also the father of daughter Ireland, 26, whom he shares with ex Kim Basinger.)

Since his alleged involvement in the Rust tragedy made headlines last fall, the Oscar winner has been laying low. He denied being at fault for Hutchins’ death — despite being the one who was handling the prop weapon when it was fired — during an emotional December 2021 interview.

Bode Miller and More Celebrity Parents With the Biggest Broods

“Even now, I find it hard to believe that [happened],” he told ABC’s George Stephanopoulos. “It just doesn’t seem real to me. … The trigger wasn’t pulled. I didn’t pull the trigger. I would never point a gun at anyone and pull the trigger at them. Never. I have no idea [how a bullet got in there]. Someone put a live bullet in a gun. A bullet that wasn’t even supposed to be on the property.” 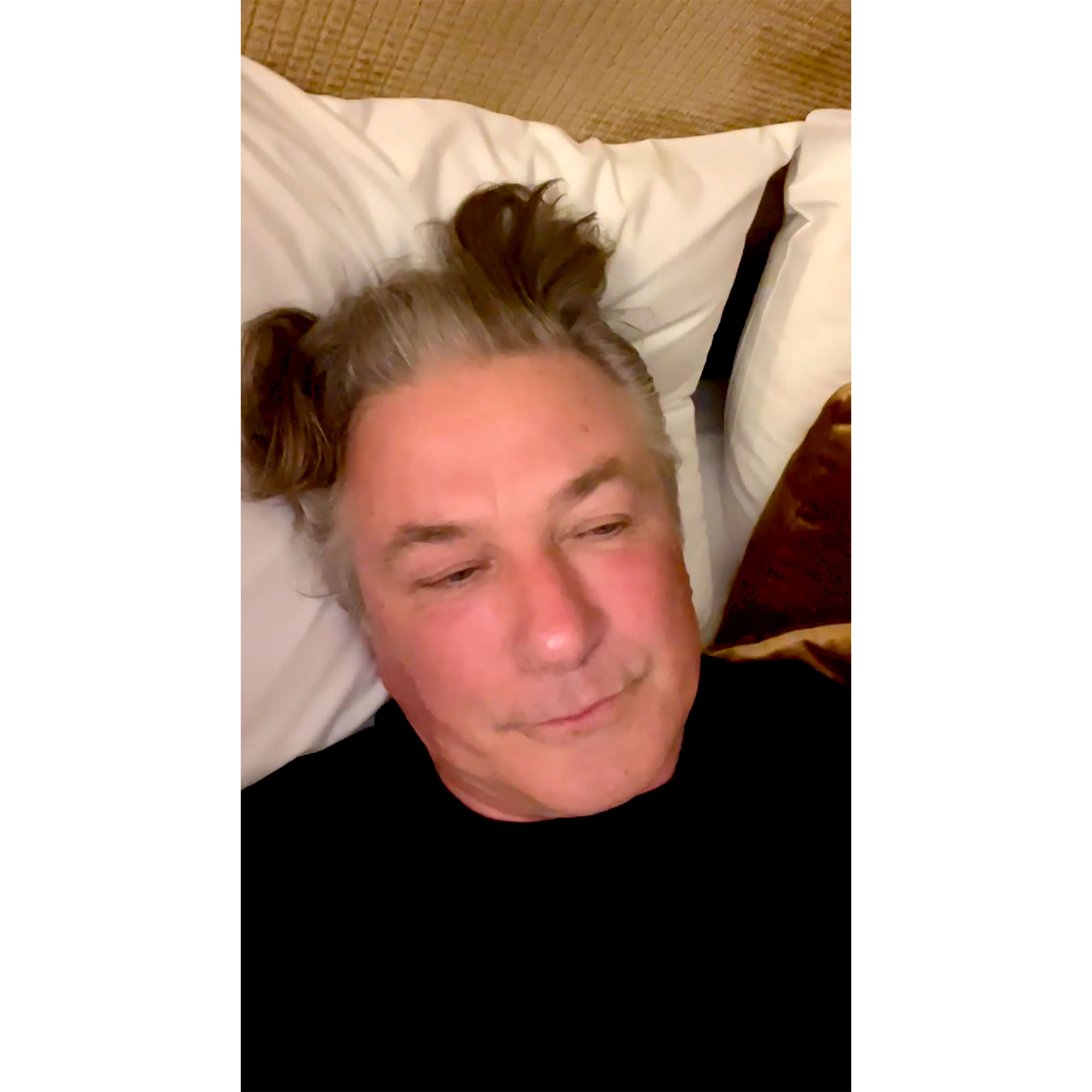 An investigation was launched following the incident, but no one was charged at the time. Alec has since been the target of multiple lawsuits and has promised to cooperate with authorities. The Boss Baby star has also been in contact with Hutchins’ widower.

“This is a one in a trillion event, and so he is in shock [and] has a 9-year-old son,” the actor told reporters in October 2021 of meeting the Ukraine native’s husband, who was “overwhelmed with grief” after his wife’s death.

As he continues to grapple with the accident, a source exclusively told Us Weekly that the Still Alice star was “devastated” by the event.

“His shame and depression comes in waves,” the insider noted in October 2021. “Alec is trying to make this mistake right. When he’s not stricken with grief, he’s trying to make amends.”

The New York native and Hilaria, 38, haven’t shied away from discussing their pain in public — and they weren’t afraid to tell their children about what happened.

“Sometimes, I just freeze, knowing I’m the adult who must guide my family, but so lost as to what the right direction is. There is no manual we are provided,” the yoga instructor wrote via Instagram in November 2021 while describing the “heart-wrenching” conversations she’s had with her eldest kids. “Sometimes I catch myself, surprised that I’m in the adult position, and I’m like, ‘Shouldn’t I know what to do?’ You have no idea how much all of your kindness, love and support mean. Yes, you who are reading this. I know how lucky I am to have you.”