Alex Guarnaschelli is here to spice up your Easter holiday! The frequent Chopped judge, 46, partnered with McCormick to create a unique deviled egg recipe, and she didn’t disappoint. Her “gussied up” take on the Easter classic is simultaneously spicy and sweet, and topped with crispy bacon bits to boot.

“I always just go for the truth,” Guarnaschelli tells Us Weekly exclusively of her holiday creation. “My mother always made deviled eggs when I was growing up. She would make the egg yolk mixture, crush it with a fork, and add spices and mustard. And then she would fold in whipped cream, which I just thought was the coolest, cleverest thing ever.”

Speaking of her own dish and the “secret touches” she added to make it stand out, Guarnaschelli explains, “I’m a big cayenne person. I know maybe paprika would be the more classic spice choice, but I just love cayenne. Then I integrated some French’s mustard. And with that I put a pinch of dry ginger, which just kind of ends up giving this kind of slightly tingly heat. Not spicy, just like that like little tingle.”

Then comes the bacon, which the Food Network star cooks by tossing in a skillet with a little bit of sugar and cayenne. “Just toss the bacon in [a skillet] for a minute, and drop that on the top,” she advises. “It’s like this crunchy, slightly sweet, slightly spicy bacon on top of the deviled egg. I mean, forget it.”

Unlike most deviled egg recipes, this one calls for seasoning the egg yolks and the whites – a trick Guarnaschelli swears by. “People always kind of neglect [the whites.] It’s like the unwanted part,” she tells Us. “I think just putting a little bit of cayenne into a tea strainer and just dusting them lightly with cayenne and a pinch of salt, or a sprinkle of scallions or chives, then putting the egg yolk and the bacon on top, forget it. Lights out.”

When Guarnaschelli was testing this recipe out at home, she did so with assistance from her daughter, 11-year-old Ava Clark, who helped peel the eggs and cook the bacon. “It’s really nice when you get a recipe like this, where the kids can do some of it, and you can do some of it, and you come together at the end,” the Home Cook: Recipes to Know by Heart author notes. “That natural collaborative feeling, that’s how you get things going with kids. Get them excited about eating, or food or both.” 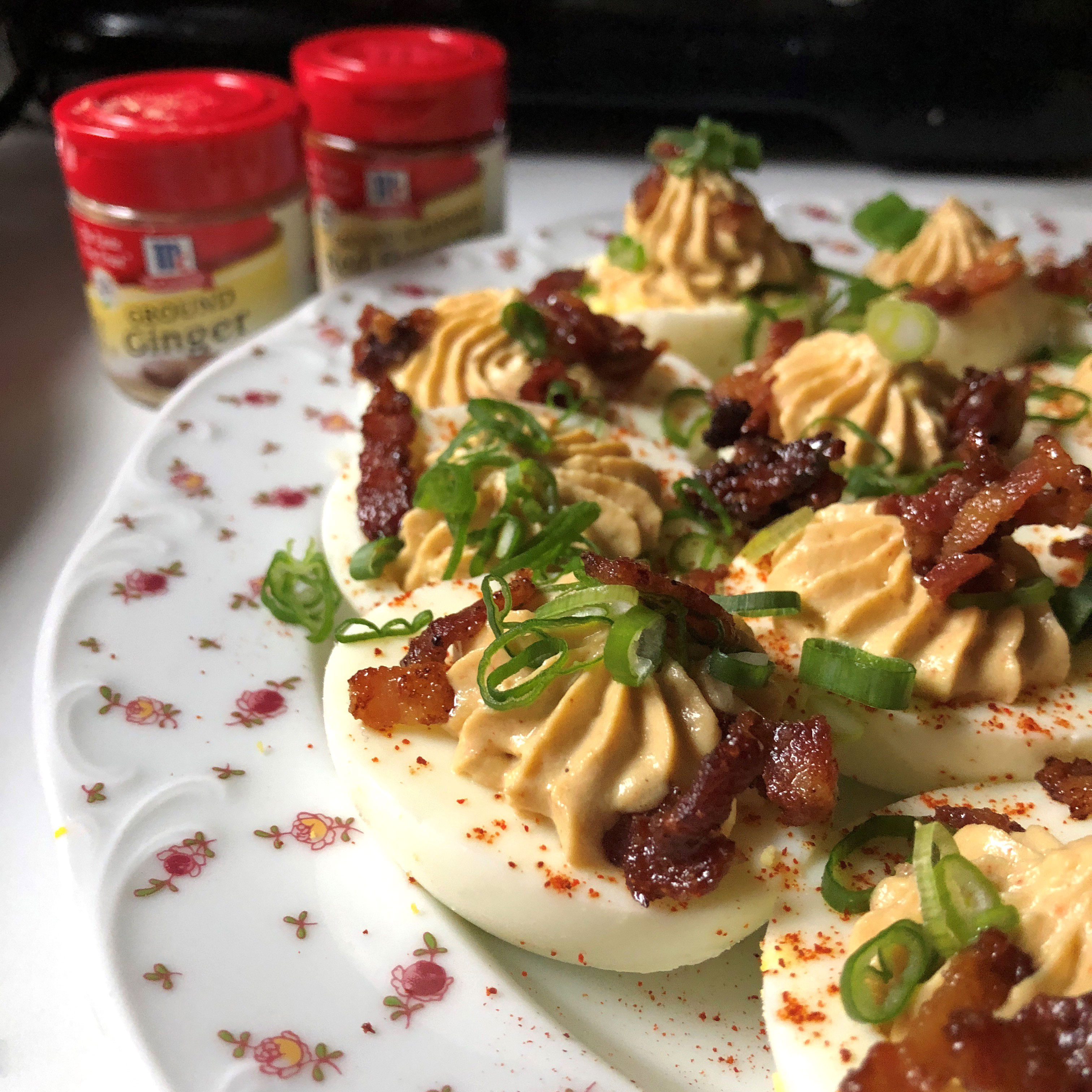