Alex Webb has won this year’s series of MasterChefs: The Professionals.

The 25-year-old Essex boy wowed Gregg Wallace, Marcus Wareig and Monica Galetti as well as food critics, with a fishy main and an indulgent chocolate dessert.

After a hard week, the final three were challenged to create and deliver a Michelin-standard dish for eight international culinary titans working in Britain today, followed by the main task of delivering a three-course meals to be judged by critiques.

The winner said he was delighted with the news, which saw him become the 14th professional chef to be awarded the prestigious title. Last year it went to Birmingham-based Stu Deeley.

Alex Webb, 25, from Essex, has become the 14th chef to win the prestigious MasterChef: The Professionals competition tonight

‘It is the best feeling I have ever had in my life. To walk away with the trophy is incredible. I am so proud,’ Alex said.

His final menu had all his ‘heart and soul on a plate,’ he told the judges.

The starter was a scallop ceviche with an artichoke and pickled pear tartare, yogurt foam, parsley powder and crispy capers finished with a watercress oil.

It impressed Marcus, who told Alex:  ‘You are very brave. The watercress oil is a point of genius, it works a treat. I could eat that all day long.’ 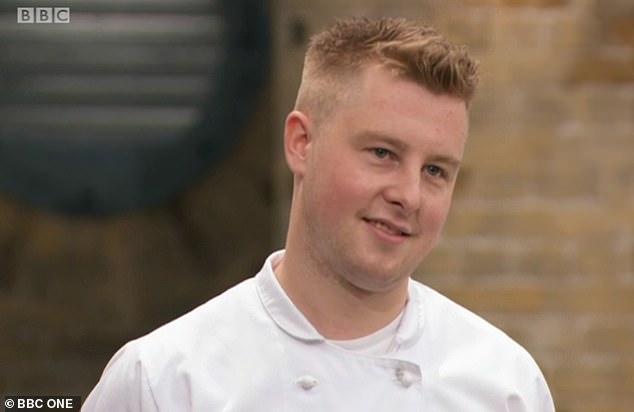 Alex impressed on the show with his menu, which he said showcased his ‘heart and soul’ and was rewarded for his unique flavours

For his ‘fabulous’ main course, the chef went for a pan seared trout,  with parsnip crisps, parsnip coleslaw, roasted parsnip, parsley gel and a parsnip puree, finished with a mussel and caviar cream sauce, served with a mini potato fish pie topped with caviar and parsley powder.

His chocolate and passion fruit dessert earned him the praise of Gregg Wallace, who told him: ‘I have nothing to do here but heap praise on your lap, for me with this dessert you have covered yourself in glory.’

Commenting on Alex’s win, Marcus praised the ‘brilliant’ chef who ‘cooked beyond his years’ and shone with his ‘thirst for knowledge.

Monica said: ‘Alex’s food has a cheeky sense of humour in it. There is a bit of Alex’s youth which comes through in his cooking which makes it very different and that is something I have really enjoyed.’ 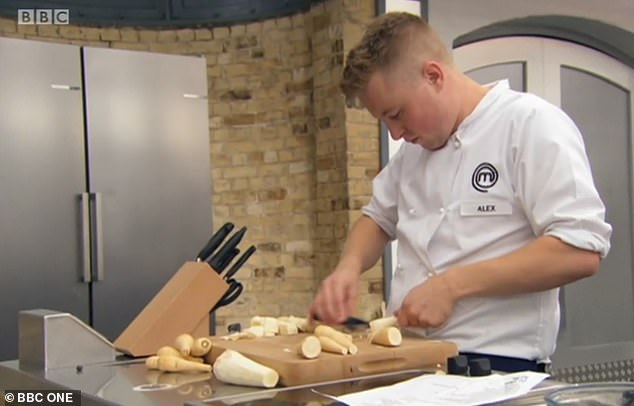 ‘He combines good cooking with style and theatre and he ticks a lot of boxes when it comes to brilliant fine dining,’ he added.

Born and bred in Essex, Alex works as Head Chef in the restaurant where he started as a pot wash when he was 15.

Winning the professional competition of Masterchef has seen ‘all [his] chef dreams come true,’ he said. 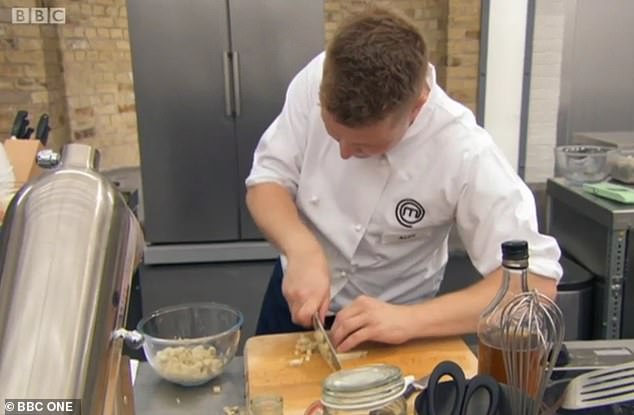 Fir the starter, he painstakingly cut bits of scallops, which he served with an artichoke and pickled pear tartare, yoghurt foam, parsley powder and crispy capers finished with a watercress oil.

Speaking of his experience on the BBC One show, Alex said he decided to enter the competition to see how far he could go.

‘Winning is something I will always be very proud of. I really wanted it and all the blood sweat and tears, and sleepless nights have paid off,’ he said.

With his future looking bright, the chef said he wanted to ‘enjoy the moment’ and make the most of the opportunities that will come his way.

‘I have lots of ideas for a book and I really enjoyed the experience of being in front of the camera so would like to look into any chances there may be to do more of this,’ he said.

‘I will continue to work in the restaurant I do now, and I would like to keep learning and pushing myself. Then, hopefully one day, I will be able to achieve my big dream of owning my own restaurant,’ he added. 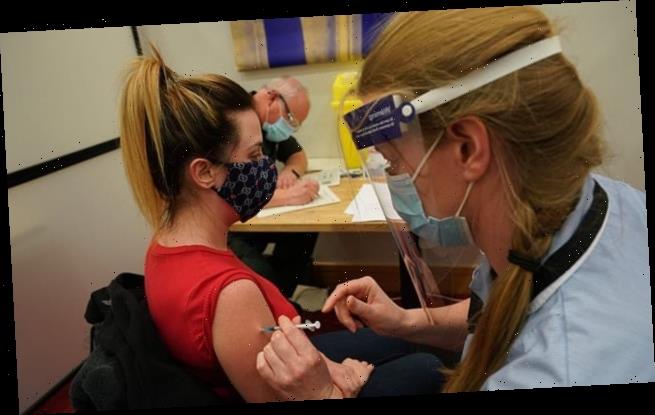 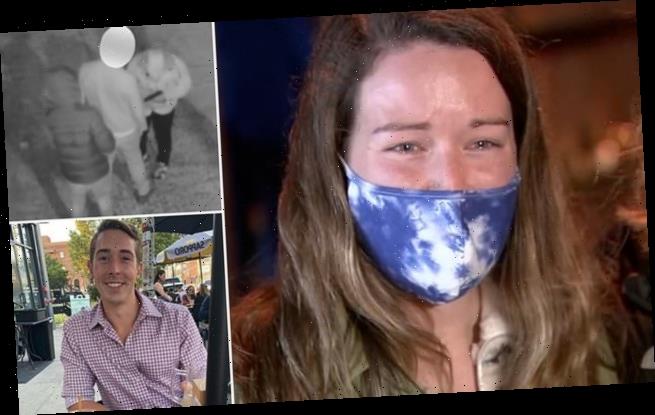 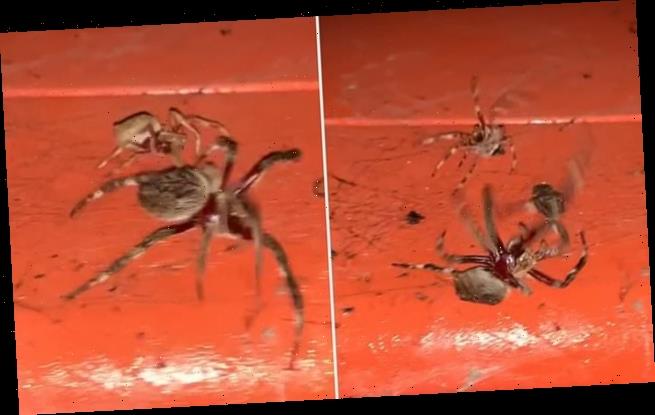