Amber Stevens West: ‘Run The World’ Is Not ‘Sex & The City’ — ‘Our Show Is About Living,’ Not Dating

Amber Stevens West opens up to HollywoodLife EXCLUSIVELY about embracing her new role as Whitney on ‘Run The World,’ why this show is not the new ‘Sex and the City,’ and more.

The highly-anticipated new series Run The World premieres May 16 on STARZ. The show follows four Black women, who are best friends, as they work, live, and play in Harlem. They experience all the highs and lows of life together. HollywoodLife spoke EXCLUSIVELY with Amber Stevens West about why Run The World is “really reflective of the culture right now” and isn’t just a Sex and the City 2.0.

“Sex and the City was also four women in New York and a comedy,” Amber said. “Same with Girls… Four women, New York, a comedy. But specifically, Sex in the City was about dating. It was about how to get a man and how to keep a man and how to be in a relationship and who we need to be in order to fit into that world to make ourselves desirable by somebody. That had its moment, and it was great for them. But our show is not about that really at all. Our show is about living. It’s not about dating. We are already women who are established in their careers and in their friendships and who they are for the most part as people because they’re of their age group. But they’re also flawed people who are making mistakes. It’s really just more about the support of your friends and showing up for one another and growing together and being the best version of yourself and your friends expecting that out of you. And then it’s also about the culture of the people who are in Harlem. That’s also just a big part of what makes the show stand out from other New York-based comedies.” 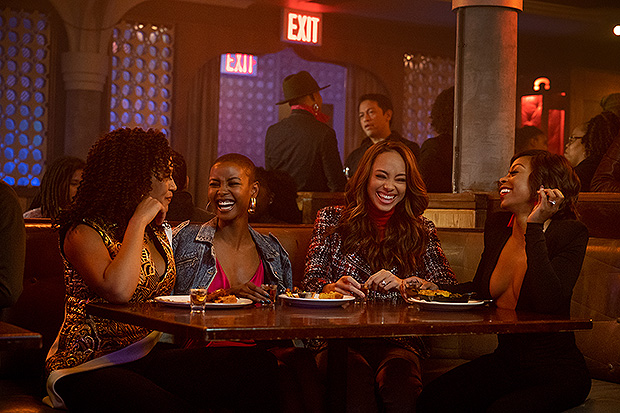 Amber stars as Whitney in Run The World. The actress described her character as a “type-A personality, always does everything by the book, is a very ambitious woman, but by following all the rules. She has checklists, and she loves to get things done.” However, Amber noted that Whitney is “now realizing that maybe she’s missed out on some fun in her life because she’s lacked that spontaneity and risk-taking. She’s very much at a crossroads. She’s leaning hard on her girlfriends to tell her what to do with her life because she’s unsure of her own life decisions right now.”

For Amber, Run The World is a “little bit of a shift” for her compared to her previous roles. “I’m so used to doing light-hearted, a lot of the multi-cam kind of world,” she explained. “This was going to be for a more mature audience, and that was going to be a challenge for me. I didn’t know if I was totally ready for the shift, but I’m like, I’m in my 30s, so let’s grow up and try something different. The premise of the show is so important right now. People are looking for this. This is what we need. We need to see Black women at the forefront of these storylines. We also just need to show Black women in their true selves, that we are not a monolith. We are diverse and colorful and thriving and living our best lives. We are not the exception. We are the rule. People need that, so I’m like, let me be a part of telling that story.” 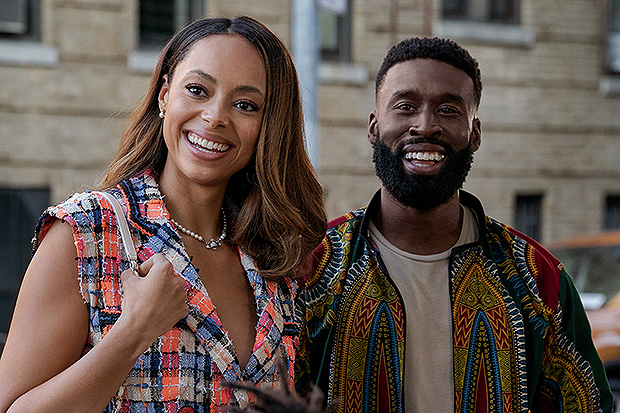 Amber stars alongside Corbin Reid, Andrea Bordeaux, and Bresha Webb. The chemistry between these four actresses is electrifying, and Amber admitted that “there was a lot of work that went into finding the four of us and putting us together and really finding the authenticity in our chemistry. We have a lot of fun together. We support one another. We’re all really different from each other, but we still are there to lean on. And that’s exactly what the show is about, too. I mean, these four characters in the show are all so different from each other. And yet, they’re still best friends and show up for each other.”

Run The World has a female presence in front of the camera and behind it as well. The show was created, written, and executive produced by Leigh Davenport, with Yvette Lee Bowser serving as an executive producer as well. “If you want to tell an authentic story, you need it to be told by the people who experience and live that life,” Amber told HollywoodLife. “This is a show about women. It should be told by women. This is a show about Black women. It should be told by Black women. Both in front and behind the camera we are fully represented, and that gives this show more authenticity than I think if we had it any other way.”