An end to austerity? It’s a nice line – but one budget can’t undo the damage

Did Rishi Sunak’s budget mark an end to austerity? It wouldn’t be the first time. During the past three years, successive government budgets have supposedly “ended austerity”. So why is it that the end of austerity never actually arrives?

The first reason is a confusion of language. “Austerity” was first used in 2010 as a way of describing the policies of former chancellor George Osborne. His decision to cut public spending during the worst recession since the second world war flouted basic macroeconomics, the Keynesian principle that in a deep recession governments should spend more, and was opposed by a majority of economists. It delayed the UK’s recovery from the global financial crisis by three years, from 2010 until 2013.

When the economy did finally recover, Osborne continued to cut areas of public spending. Rather than a response to the crash, austerity became just another byword for spending cuts. That policy of cutting areas of spending each year stopped under the previous chancellor, Sajid Javid. But just because the current chancellor has put an end to cutting spending, it does not mean that he has reversed any of Osborne’s cuts.

For example, the recent budget doesn’t mean that local councils will have as much money per person to spend tomorrow as they had 10 years ago. Nor does it mean that we will have as many police officers per person as we had 10 years ago. The government has stopped cutting large areas of public spending, but the amount spent on those areas as a share of GDP is still far lower than it was before Osborne embarked upon his policy of cuts in 2010.

That is the first confusion caused by the phrase “ending austerity”. The second comes when we look at aggregate numbers. Some will argue the state hasn’t been shrunk at all; total expenditure is projected to be almost 41% of GDP, which is nearly 1% above where it was in the financial year 2007/08. Austerity, they argue, is a myth.

This confusion arises for a number of reasons. The first is that the total expenditure figure includes public investment, which is now projected to be at 3% of GDP, rather than below 2% as it was in the decade before the 2008 crisis. This change is welcome, although it’s probably still well below the threshold that would be required to radically improve public infrastructure outside London and to green the economy by enough to meet emissions targets. I really hope that when the chancellor revises his fiscal rule he abandons the arbitrary 3% limit for the public investment share. When borrowing costs are so low, he should be doing much more to invest, using bodies such as the National Infrastructure Commission to judge whether state investments are value for money. 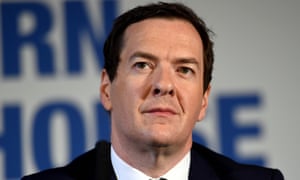 Even that 2% fall in the share of GDP spent on public services is misleading, because it includes health spending. Health spending has been steadily rising for decades thanks to factors such as an ageing population and technological advances that enable doctors to offer more medical treatments. From 2010 the Conservatives tried to hold back this tide by slightly reducing health spending as a share of GDP, but they have now admitted this is unfeasible. Their previous attempts to reduce health spending has left the NHS in a far worse state than it was before 2010.

The IFS estimates that by the end of last year, public service spending excluding health stood at just over 8% of GDP, compared to just over 11% in 2007/08. This is the scale of the austerity we have seen. Day-to-day spending on public services, excluding health, is now three quarters of what it was in 2007. Nothing in the budget will reverse that squeeze to any noticeable extent.

This government has rightly decided that the Conservatives have shrunk the state by as much as is feasible. Austerity is no longer a vote winner, but the government still won’t reverse its effects; measures such as raising corporation tax or increasing taxes on top incomes would be an ideological step too far.

It is worth making one final point about deficits. By spending more to dampen the impact of coronavirus, the chancellor has shown that ignoring deficit targets during emergencies is sensible. It simply doesn’t matter that the deficit is likely to rise far above the OBR’s projection for this year, which were made before the pandemic hit. It’s a shame the previous Conservative government did not apply the same logic during the aftermath of the 2008 global recession.

There is a lesson here for the media. Since well before the 2008 crisis, the broadcast media have been obsessed with government deficits and have inflated their economic importance. At the best of times all that matters is that deficits are on a sustainable path; at times of crisis, they don’t matter at all. Now that we have a Conservative chancellor who appears to understand this, perhaps the media will finally take note.

• Simon Wren-Lewis is emeritus professor of economics and fellow of Merton College, Oxford