Ask us if they hang out every day, we’d say “often.”

Angelina Jolie and The Weeknd were once again spotted spending time together, sparking even more speculation that the pair are an item.

The “Maleficent” star, 46, arrived separately from the “Blinding Lights” singer, 31, at Italian restaurant Giorgio Baldi in Santa Monica, Calif., on Saturday night. However, after a couple of hours inside, they were photographed leaving together.

Dressed in a chic black trench coat, black stockings, a Yves Saint Laurent purse, heels and a face mask, Jolie was seen walking behind The Weeknd, who was also decked out in all black.

They were not seen holding hands or packing on any PDA outside of the eatery.

Giorgio Baldi appears to be a favorite dining place for the Hollywood duo, as it was also the setting for their first-ever sighting together in June. 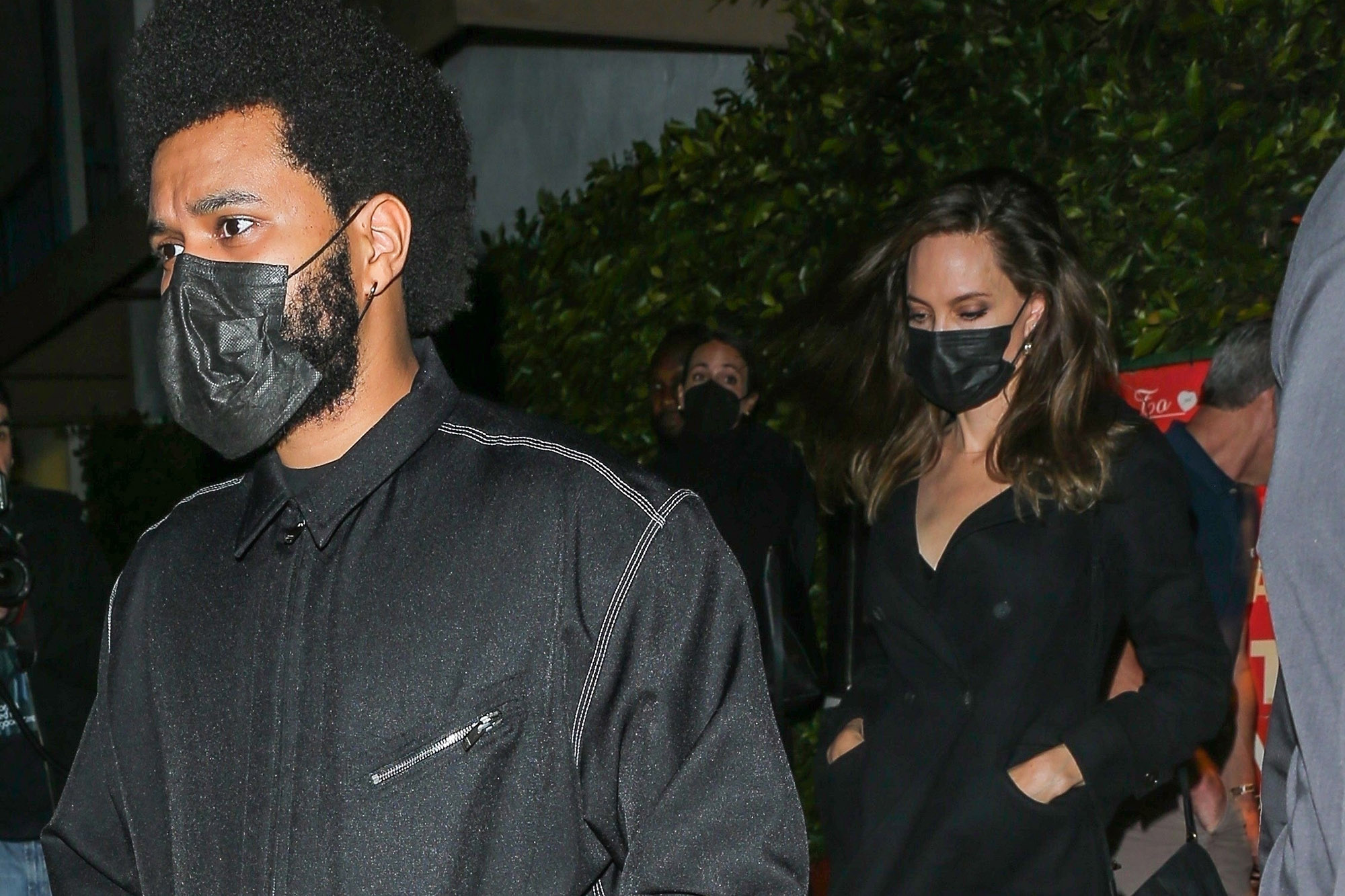 At the time, Jolie and The Weeknd’s outing shocked many since the pair had not been known to hang out together before.

However, a source implied to Page Six at the time that the entertainers were simply meeting up for business and not pleasure.

“They’re clearly not trying to hide [the dinner date],” the insider told us. “He’s definitely focused on getting to the movie business. He has the new HBO series he’s starring in.”

The Weeknd, whose real name is Abel Tesfaye, is set to co-write and star in the new HBO series “The Idol,” which he co-created with Reza Fahim and “Euphoria” creator Sam Levinson. 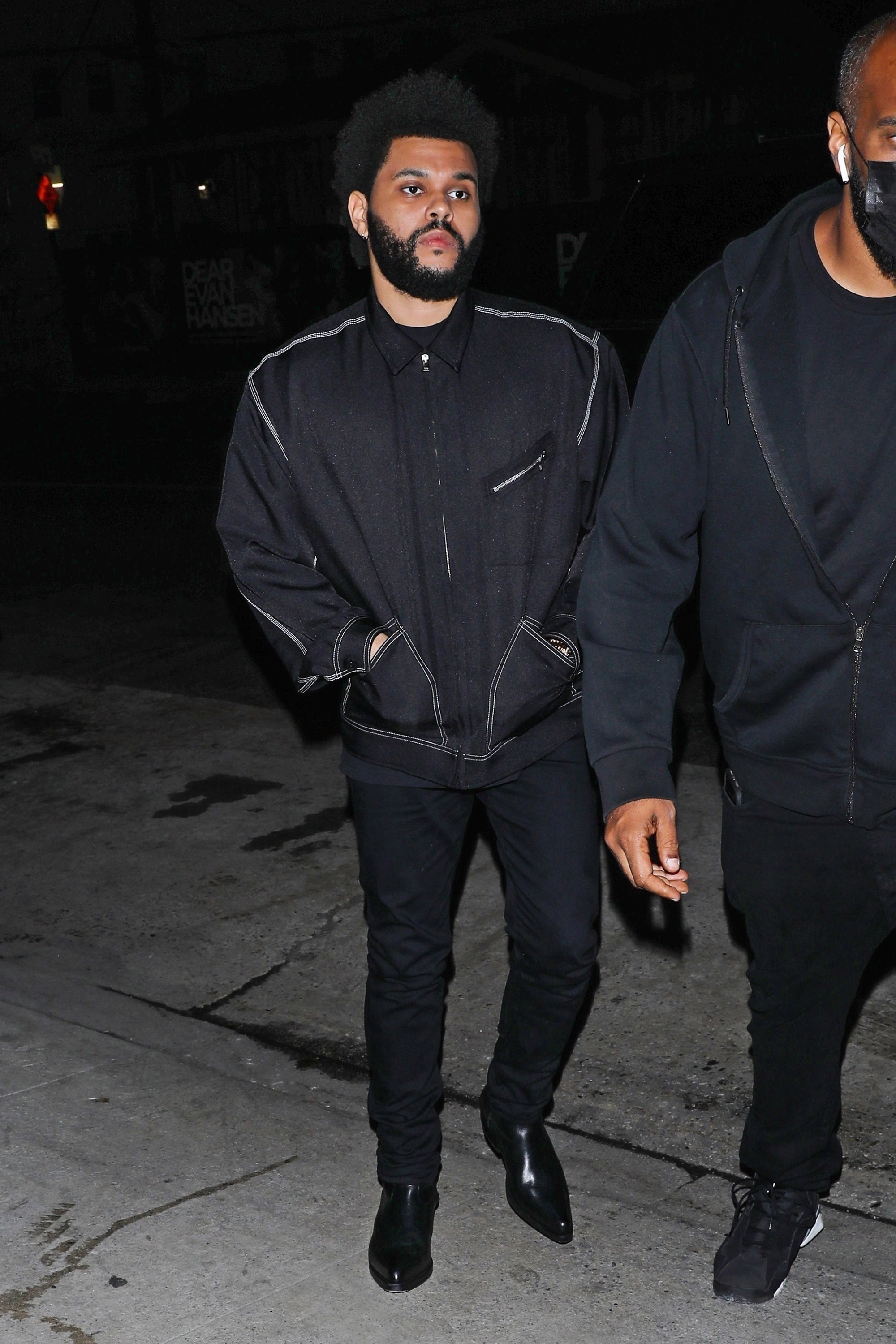 It is unclear if the “Earned It” singer is courting Jolie to try and cast her in his show.

Shortly after their first dinner date, The Weeknd and Jolie were spotted at the same concert.

Reps for both did not immediately return Page Six’s requests for comment. 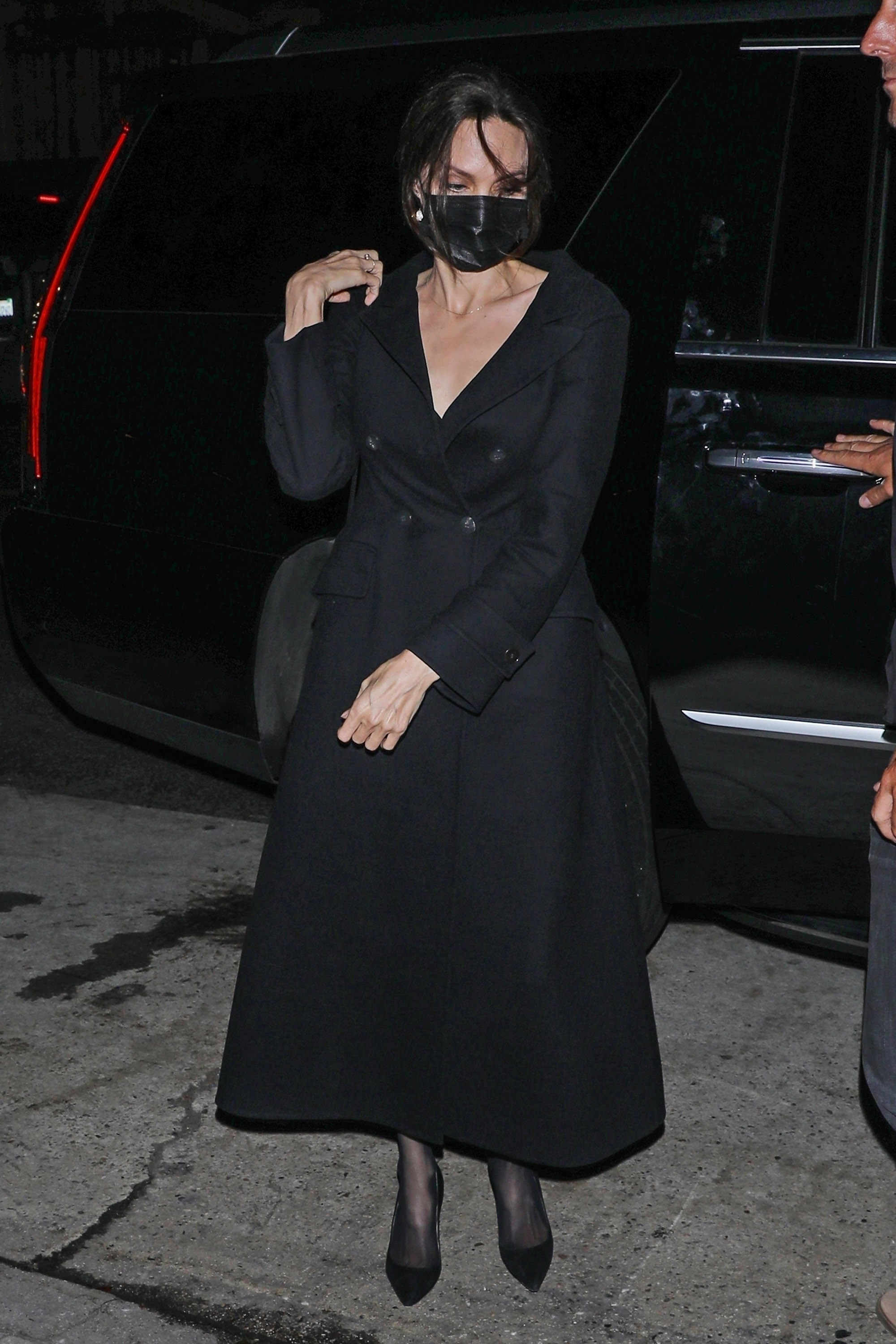 Prior to her meetups with The Weeknd, it was reported that the “Lara Croft: Tomb Raider” star was reconnecting with ex-husband Jonny Lee Miller. She was photographed leaving her British ex’s apartment building in Dumbo in June.