Nikki Bella, who is engaged to “Dancing with the Stars” pro Artem Chigvintsev, recently sided with Carrie Ann Inaba over her fiancé in a debate over whether the judge was scoring Chigvintsev and his partner, Kaitlyn Bristowe, too harshly.

Now, the “Total Bellas” star tells Page Six that she is sticking with her stance.

“I’m sure Kaitlyn and Artem have been mad at me for some of my interviews because I took Carrie Ann’s side,” the former WWE star 36, told us. “It wasn’t like I took her side on the critiques but, for me, being an athlete my whole life, like, when you join especially a competition show, like I understand you know you’re going to be judged and receive constructive criticism, but it only makes you better.”

Inaba, 52, recently shared that she was “bullied” by fans for docking points off of Chigvintsev and Bristowe’s jive for what she considered to be an illegal lift.

Chigvintsev, who dated Inaba years ago, told “ET” that the judging felt “a little personal.”

“I feel it’s definitely, maybe not a different standard, but I feel like it’s different expectations,” he said. “I don’t know. I’m watching back the dance itself, it’s like, ‘Oh, you can kick sharper!’ Well, I can say that about everybody who dances on the show today. I don’t know. It’s really odd.”

However, Bella praised Inaba to us, calling her an “empowering woman” and a “beautiful soul.”

Chigvintsev, 38, exclusively told us that despite Bella’s perspective, his opinion “hasn’t really changed.”

“Let me think about this, how I should say it in the correct way,” he joked when asked how he felt about his fiancée siding with Inaba.

Bella then quipped, “Remember how much I love you.”

“We’ve been judged pretty harshly — not the last week, but the weeks before — because I feel like the expectations for my partner on the show has been kind of really high,” the pro dancer continued, adding that he would have wanted some sort of recognition for putting in hard work during rehearsals.

He added, “I think that was the case, but it changed last week and everybody is very happy. We’re just glad everything turned around in a positive way.”

Chigvintsev and Bristowe earned their first perfect scores of the season last week, and will return to the ballroom to compete for the mirror ball trophy Monday night on ABC. 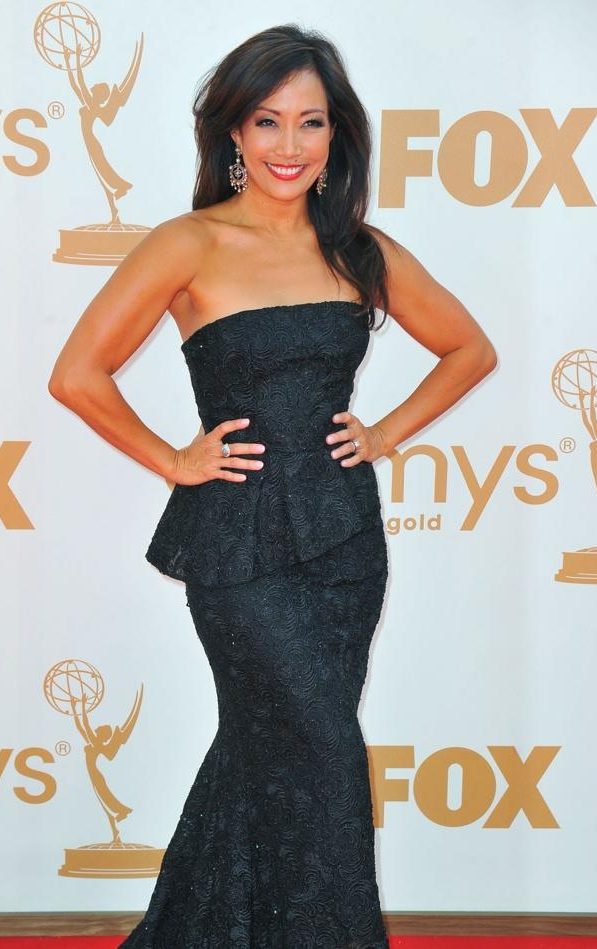 “I feel like she’s almost the ‘Simon [Cowell]’ of ‘Dancing with the Stars,’” she said. “Someone who is harsh because Bruno [Tonioli] is so sweet, and Derek [Hough] always starts everything off with, like, ‘You did amazing, but …’ So, I like that Carrie Ann is a little bit more straightforward and doesn’t give a compliment in the beginning, but she does turn around and give a compliment, which I appreciate.”

The Bella twins both said Chigvintsev is long overdue to win on “DWTS” after competing on the show for nine seasons.

Brie concluded, “If he wins it, Matteo will grow up and see his mom’s wrestling championship belt and his dad’s dancing mirror ball trophy.”