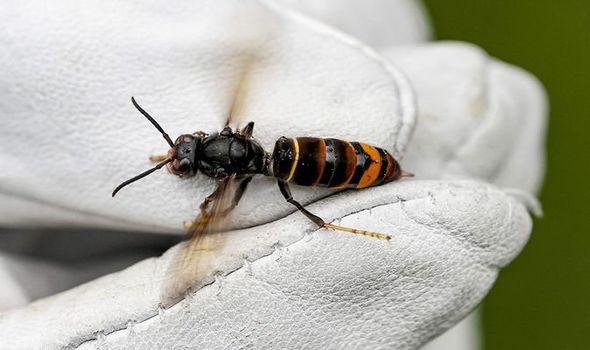 Hive keepers and the public were warned to be on the lookout after a hornet – which can eat 50 “beneficial insects” a day – was spotted around Ascot, Berks.

Environment chiefs say the Asian hornet is smaller than its UK counterpart and is no greater risk to human health.

But their matriarchs build huge nests, which can house up to 5,000 of the creatures. Experts at the Department for Environment, Food and Rural Affairs (Defra) are now on full alert for hornet activity and want to identify any nests.

Nicola Spence, the department’s chief plant and bee health officer, said: “By ensuring we are alerted to possible sightings as early as possible, we can take swift and effective action to stamp out the threat.We are working at speed to locate and investigate any nests in the area following this confirmed sighting.

“We recognise the damage they can cause to honey bee colonies and other beneficial insects.”

The Ascot sighting is the first confirmed one since September 2020, when an Asian hornet nest was found and destroyed near Gosport, Hampshire.

Asian hornets reached Europe in 2004 and are now widespread in Spain and Portugal. It is thought they may have originally sneaked into France in a pottery shipment from China. They were first reported in the UK in 2016.

The insects are not generally aggressive towards people, except when they perceive a threat to their nest.