Australian supergroup comes together for another Abbey Roadshow

The late '80s, it would have been, when the boy who would grow up to join You Am I as a guitarist put an old TDK-90 cassette tape into a deck and pressed play. 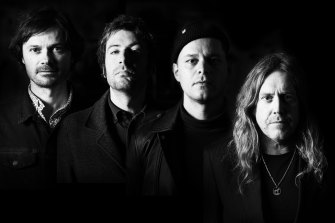 What came out of those analogue speakers would change Lane's life.

“My Dad borrowed the cassette tapes of the Beatles’ records and copied them for me,” Lane says, down the line from Melbourne.

“This was back in the day when taping was going to be the thing that killed music before CD-burning and downloading followed.”

But it wasn't the sliding bass of album-opener Come Together that greeted the eight-year-old's ears. Instead, it was George Harrison's hauntingly beautiful Here Comes the Sun.

“He taped it around the wrong way, so I got side two first.”

That was somewhat serendipitous, as it meant the album finished with I Want You (She’s So Heavy) – the driving, grinding force of nature that suddenly cuts out, just as it’s about to leave the stratosphere.

It's an aural equivalent, one could imagine, of ejecting from fighter jet. Intense, almost menacing noise followed by abrupt silence. 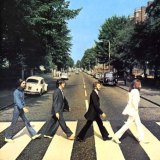 “I thought, until I got an actual copy of the LP, that that’s how the album ended, which I actually thought was genius," Lane says.

“I Want You (She’s So Heavy) is a behemoth that just cuts there after eight minutes – for the last album of the band’s career it was like someone just ripped the cord out of the wall.”

That would have been quite the curtain call for the Beatles, but few would argue that The End (followed by music's original hidden track, Her Majesty) was a fitting end to John Lennon, Paul McCartney, George Harrison and Ringo Starr's working relationship as a band.

So successful was the tour that the Australian Rock Collective – ARC for short – has decided to do it again.

“There are a lot of moving parts in this [album],” Lane says.

“At first I thought, ‘yeah I’ll be on top of this’ but the deeper I dug and the more forensic I got, the more I realised I didn’t really know what I was doing.

“… If anything, my appreciation for the work that went in putting it together has been heightened.”

No song more so than Because, the lead-in to Abbey Road's celebrated side-two medley.

“It’s a three-part harmony but it’s by no means a conventional song in terms of its structure or its harmonic placement,” Lane says.

“It’s really, really odd and it’s very easy to lose your way. If you get one note anywhere near out,” he tails off.

“That’s the one where I get a little butterfly in the stomach before we play it, just because it’s really easy to bugger up.”

ARC had its genesis at the most unlikely of places, thanks to Middleton's invitation to play a gig for Australian fans in Porto Alegre, Brazil, during the 2014 FIFA World Cup.

Middleton corralled the group of mates together and they just clicked musically. ARC has been a going concern ever since.

“The Abbey Road thing was great and pretty successful, but it was kind of an experiment in a way to see if we could do something at that level of production and whatnot and it seemed to work really well,” Lane says.

“I think we’ll keep the ball rolling in some capacity.”

First, though, this tour.

As was the case last year, the first act will consist of Abbey Road played in full.

But the second act of tracks spanning the Beatles' oeuvre really packs the surprises. This writer still can't comprehend how thoroughly the band nailed its rendition of the psychedelic, proto-electronica Tomorrow Never Knows.

“After the Abbey Road record, there wasn’t the expectation we’d come out and play the greatest hits,” Lane says.

“So, as a Beatles fan, I could only surmise that people who are coming to the show were Beatles fans too, so we could kind of stretch it out a bit off the beaten path.

“Hey Bulldog’s one that’s a bit of a deeper cut, but as far as the Beatles go, what’s really a deep cut when you’re talking about the Beatles?

“I really wanted to do Hey Bulldog and things that were a little more unexpected; doing Tomorrow Never Knows instead of Yellow Submarine or something like that, It Won’t Be Long off Meet the Beatles! instead of I Want To Hold Your Hand.

A show certainly worth crossing the road for.