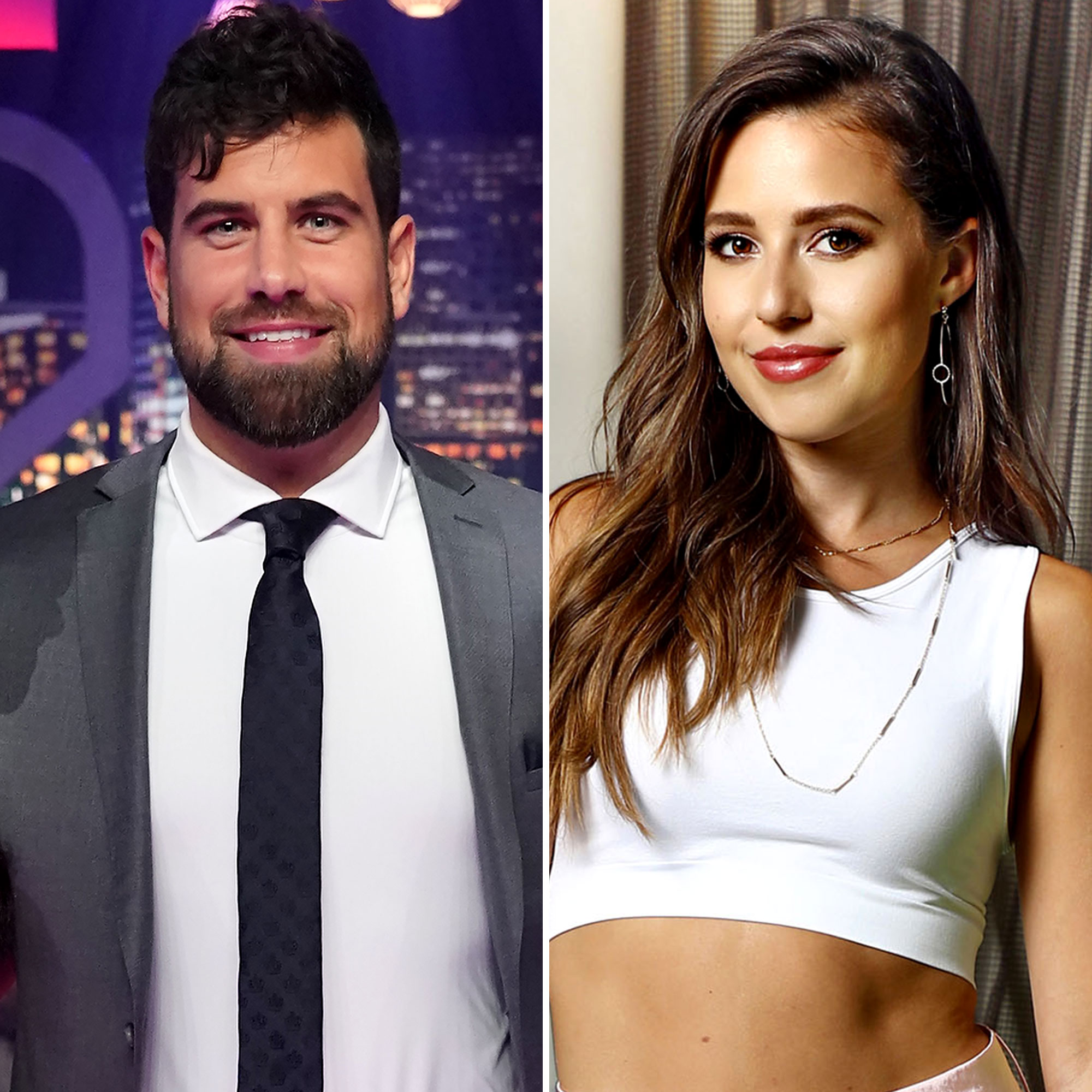 “In today’s world it’s easy to get sucked into all the negativity and your mind can sometimes be your worst enemy,” the 31-year-old star captioned an Instagram video on Monday, November 8. “To get back into a positive head space, I rely on passion. I channel that passion to do good. When you do good, you feel good.”

The wildlife manager went on to reflect on the ups and downs he’s faced since he and Thurston, 30, announced their split on October 25.

“Today, something super exciting came to fruition that I’ve been working on for a little while now,” Moynes began his video. “I’ve had to put [it] on the back burner for weeks just due to the obvious events that have happened … with Katie and I and the breakup.”

Bachelor Nation Couples Who Have Split in 2021

The Canada native explained that “it hasn’t been easy” for him since the two went their separate ways after six months together. Moynes proposed to Thurston during the season 17 Bachelorette finale, which filmed in April, but didn’t air until four months later.

“I know it hasn’t been easy for her, just as it hasn’t been for me. The internet is a very cruel, nasty, sh—y place,” he continued on Monday. “Without the love and support that you guys give me — the community that we kind of created here through this amazing experience that I’ve had — allows me to commit to trying to make a difference in the world.”

Moynes thanked his followers, clarifying that when he talks about “me,” he means “us,” as in his online community as a whole. “This wouldn’t be happening with this community that we created,” he added. “I just want to say thank you for that.”

The animal lover — who vied for both Clare Crawley and Tayshia Adams’ hearts during season 16 of The Bachelorette before competing on Thurston’s season — then reflected on his recent trip to Kenya.

He explained that after returning to Canada in October following a three-week adventure in Africa, he knew he wanted to do something more to help with wildlife preservation support.

“When I left there, it was very obvious to me that I wanted to do something more,” Moynes said. “When you’re given an opportunity like this and a platform to do something good with it …  I created a fund. It’s called the Mowgli Moynes Fund.”

The TV personality will take a portion of everything that comes through his social media pages and put them back into the wildlife conservation fund.

Former ‘Bachelor’ and ‘Bachelorette’ Winners: Where Are They Now?

“I’m super excited. I can’t thank you enough. We’re going to do a lot of great together,” he concluded. “I really, really appreciate all the support and I know Katie does too.”

Moynes previously opened up about how he was dealing with his recent breakup, noting on November 1 that his sister, Emily Moynes, and his animals have helped him push through the bad.

“When times are really tough and things just aren’t going the way you had hoped … it’s always the same ‘gang’ that gets ya back on your feet,” Blake wrote via Instagram at the time. “Feels good to start getting back into the swing of things.”

​​Thurston, for her part, shut down new romance rumors after she posted a throwback photo with Bachelorette’s John Hersey earlier this month.

The Washington native sparked relationship speculation on Sunday, November 7, when she captioned an old video “the first time I saw John since filming.” She later shared two Polaroids of her and the 27-year-old bartender playing cards via social media.

“Y’all getting wild in my DMs,” Thurston captioned the snaps, playing coy about her and Hersey’s status.