Bachelorette’s Michelle, Nayte to Wed in the ‘Near Future’: Get the Details

Unlike many recent Bachelor Nation couples before them, Michelle Young and Nayte Olukoya aren’t wasting any time when it comes to their future.

“We’re thinking summertime,” the 27-year-old Bachelorette season 18 contestant exclusively told Us Weekly about wedding plans during a joint interview with his 28-year-old fiancée. “In the near future, we’ll put it that way.”

Michelle accepted a proposal from Nayte during the Tuesday, December 21, season finale of the ABC series. 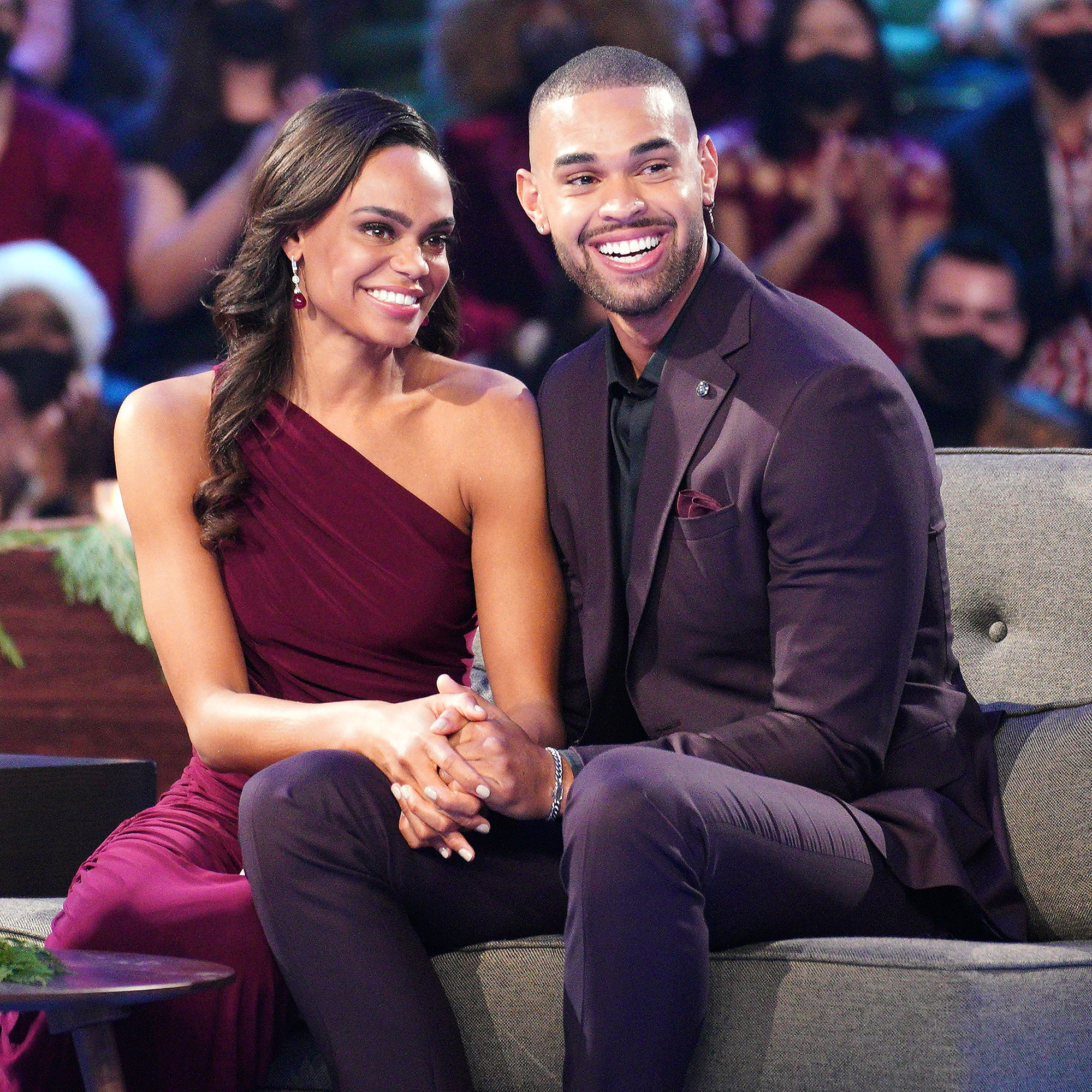 “Nayte was always nearly, like, one of the strongest connections, if not the strongest connection,” the lead told Us. “And what I wanted to do is I really wanted to challenge myself to make sure that I was open to everybody because in a situation like The Bachelorette or The Bachelor, conversations can change a lot of different things because, you know, you have this short snippet and it seems like a short conversation, but [you’re] not talking small talk — you’re not talking about favorite colors and favorite foods, like, you really do dive deep. You see those conversations throughout the whole season change very quickly.”

The Minnesota native had to choose between Nayte and runner-up Brandon Jones before handing out Tuesday’s final rose.

While Michelle was sure about Nayte before they got engaged, her parents weren’t shy about expressing their concerns regarding whether he was ready to get married. When she broke the news that she picked the Texas native, however, Michelle told Us that her mom and dad “instantly” accepted him. 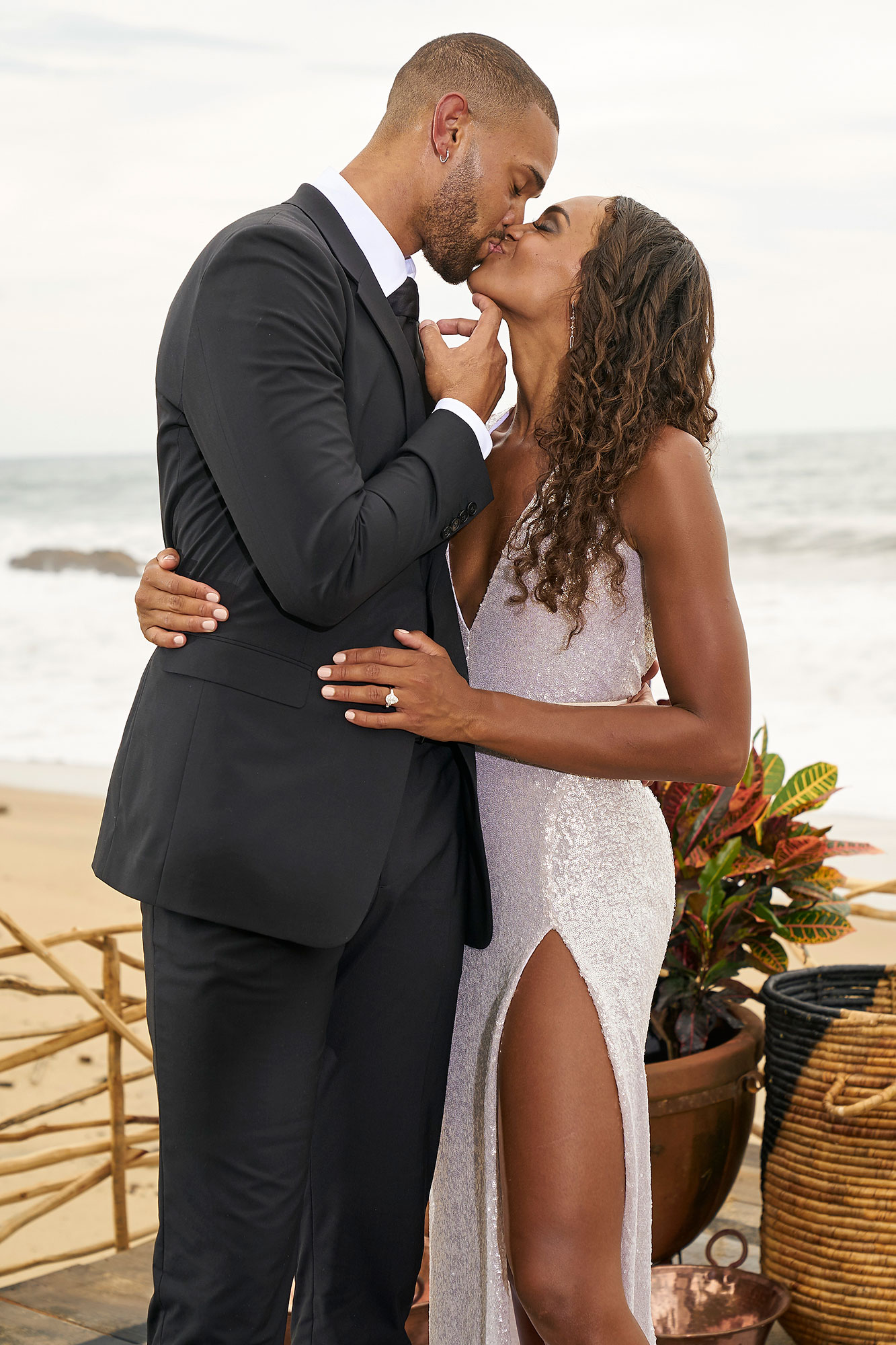 “It’s just such a unique situation with opening up and being vulnerable. And honestly, my brother and my dad are two of the kindest people with the biggest hearts, but as far as speaking about emotions, it’s not something that they do, you know, frequently. And with that, honestly, it kind of felt [like I was] right at home with Nayte,” she said with a laugh. “There’s just so many different layers of this process with the cameras and production, and it’s a very quick timeline. I was able to get the answers that I needed and once I was able to get those answers, my family really trusted me with that. And they also trust that one conversation — in this high-pressure moment — isn’t always going to necessarily point to somebody’s character. And so, they have welcomed Nate with open arms and are so happy to have [him be] part of the family.”

Who Is Nayte Olukoya? 5 Things to Know

With the holidays coming up, the couple, who announced on After the Final Rose that they are already house hunting in her native Minnesota, are going to spend time with both of their families.

“We are tired, but excited, running on adrenaline, just really happy that we can be out in the open. Just do, like, the smallest things, like, I think we’re both really excited to walk through the airport together,” Michelle noted. “That’s been something that’s crossing my mind. We can finally get to do that today.”

Nayte agreed that they are ready to embrace the “little things,” telling Us, “We’re visiting family, that’s for sure. We’re gonna be bouncing back and forth, but it’s gonna be a great time.”