Bam Margera taken to rehab by police after ‘emotional disturbance’

Bam Margera’s wife files for custody of their son, but not divorce

Police in Florida took “Jackass” star Bam Margera to a rehab facility Sunday after finding him acting out of control at a Tampa Bay-area hotel, Page Six can confirm.

The former MTV wild man’s antics prompted officers from the the Pinellas County Sheriff’s Office to respond to a report of an “emotionally disturbed person” at the Don CeSar Hotel in St. Pete Beach, Fla., a department spokesperson said.

The exact nature of Margera’s disturbance was not disclosed, but officers found that he had a legal order against him requiring cops to take him to rehab, so officers took him into custody.

“They received a call that something was going wrong there,” the sheriff’s department spokesperson said.

“When deputies arrived, they were informed that Mr. Margera had an ex parte order, which is a judge’s order for court-ordered rehabilitation. Those are taken out by a third party on behalf of the person.”

It is unclear who in Margera’s life requested that a judge order him to seek treatment.

Sunday’s transfer was not considered an arrest, and Margera, 42, is “not going to face any criminal charges,” the spokesperson said.

The Pinellas County Sheriff’s Office rep could not disclose where the MTV star was taken.

TMZ obtained a photo of the moments leading up to Margera’s transfer, which show the reality TV stuntman looking stern as officers surrounded him. There did not appear to have been any resistance on his part. 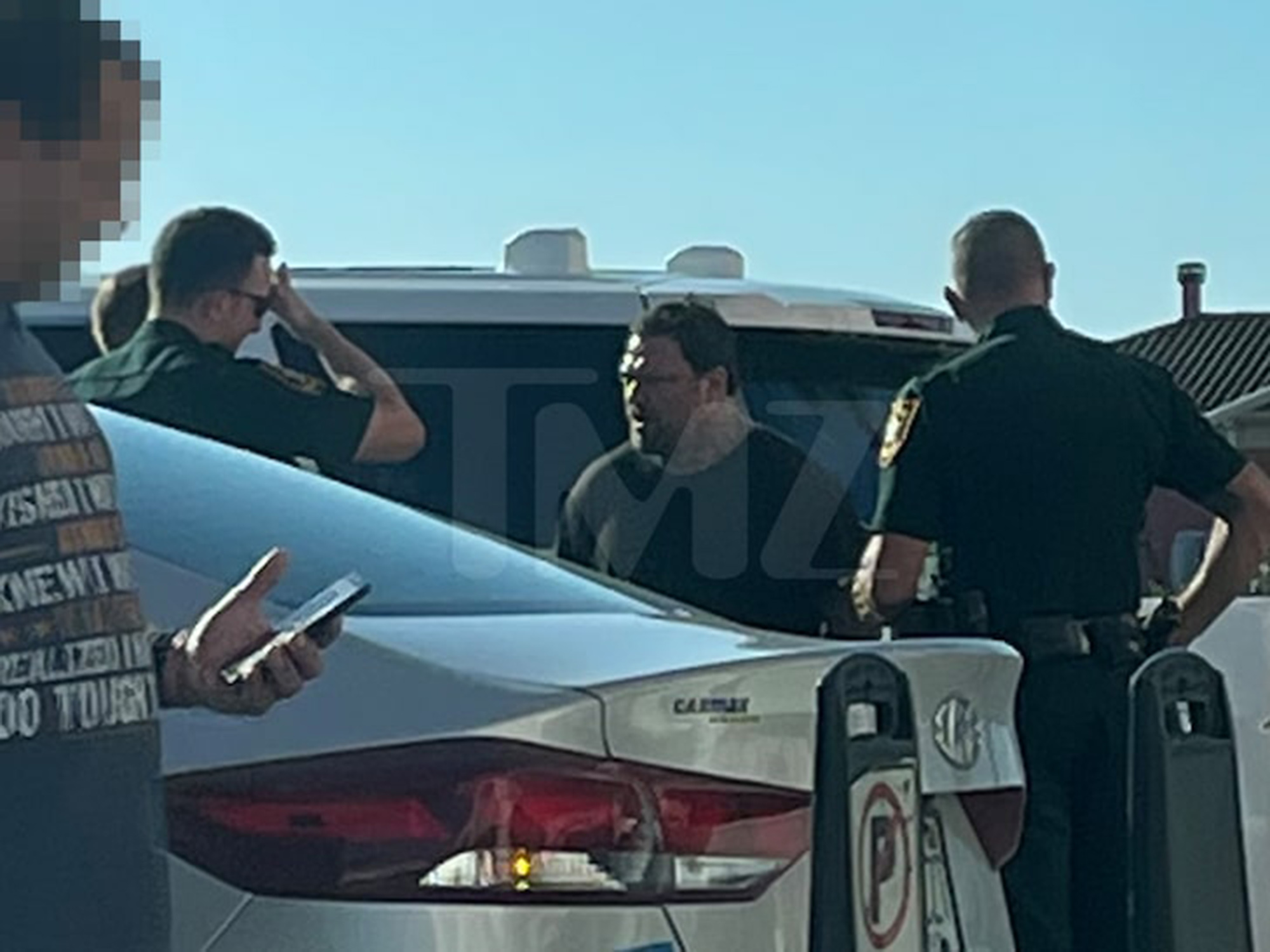 Earlier this year, Margera had a public battle with the producers of “Jackass 4,” whom he claimed forced him to go to a drug rehab facility before shooting the film. He asked asked fans to boycott the movie as a result.

“I went there thinking I was going to do 30 days, but they insisted that I do 90 days,” Margera told TMZ in April, adding that it was “torture.”

“Jackass” director Jeff Tremaine was granted a restraining order against Margera in June after claiming the actor threatened him, saying, “I’m gonna kill you in one mother f—king punch.”

In August, Margera filed a lawsuit against longtime co-star Johnny Knoxville, director Spike Jonze and Paramount, alleging that he was wrongfully terminated from the franchise’s fourth installment.

The TV personality has struggled with alcohol and drug issues for more than a decade.

Earlier this month, his wife of eight years, Nicole Boyd, filed for custody of their 3-year-old son, Phoenix, but not divorce.