BARRY JONES: Show us the proof that the Covid-19 vaccine does work

Show us the proof that just one dose of the Covid-19 vaccine does work, writes surgeon and jab volunteer BARRY JONES

As a plastic surgeon who specialises in reconstructing the facial features of children affected by birth defects, I see daily the differences that hi-tech medicine can make to young lives.

But since volunteering to help with the Covid-19 vaccination programme, I’ve been reminded of how something as simple and as quick as a jab can also be of huge benefit.

At the centre set up at a London hospital where I gave up to 80 vaccinations in a day, I saw many elderly people who have not left their homes since last March.

For them, the jab offers some hope that this may change and they are so grateful to the dedicated staff and volunteers who work from 8am to 7pm with a break of only half an hour. 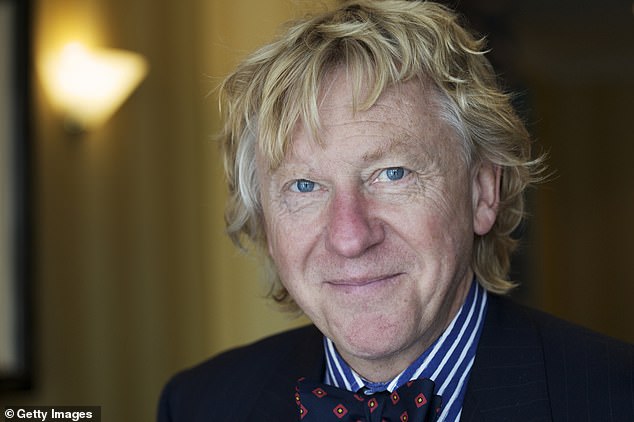 Barry Jones (pictured) is a consultant plastic surgeon and volunteered to help with the vaccination. Ever since the UK became the first country in the world to approve the Pfizer/BioNTech vaccine at the beginning of December, we have been told that its 95 per cent efficacy rate depends on two doses being given, three weeks apart

But I am concerned that their efforts may be undermined by the sudden about-turn in vaccination policy outlined by Professor Jonathan Van-Tam, the Deputy Chief Medical Officer, earlier this week.

Ever since the UK became the first country in the world to approve the Pfizer/BioNTech vaccine at the beginning of December, we have been told that its 95 per cent efficacy rate depends on two doses being given, three weeks apart.

But now it has been decided that the priority will be to give as many people as possible a first dose, with the second dose not needed until as many as 12 weeks later.

In explaining the strategy, Professor Van-Tam has asserted that the Pfizer/BioNTech vaccine is 89 per cent effective in the period from 15 to 21 days after the first dose. This rises to 95 per cent after the second dose.

I understand the wish to vaccinate as many people as soon as possible and if these figures are correct, you would have no argument from me.

However, both Pfizer and BioNTech, the manufacturers, have stressed that the only trial to date of the new vaccine used a regime of two doses separated by 21 days. This clearly showed that maximum immunity (95 per cent) was not reached until seven days after the second dose.

There is no data for any other regime and the only figure for interim immunity quoted in Pfizer/BioNTech’s paper (published in the New England Journal of Medicine) was 52 per cent approximately 14 days after the first dose. 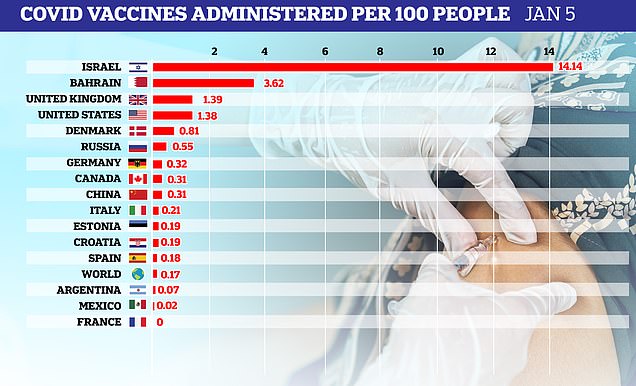 There is a big difference between 52 per cent and 89 per cent. Although a subsequent analysis of the figures from the US Food and Drug Administration does quote an efficacy of 88.9 per cent after the first dose, it also states: ‘This cannot support a conclusion on the efficacy of a single dose of the vaccine, because the time of observation is limited by the fact that most of the participants received a second dose after three weeks.

‘The trial did not have a single-dose arm to make an adequate comparison.’

With the greatest respect to everybody concerned, the 89 per cent figure is an assumption based on retrospective analysis of data – and yet it is repeated in the paper published by the Joint Committee on Vaccination and Immunisation on December 31, the very document on which the new change in policy has been based.

I am far from alone in questioning this. Indeed, the FDA itself has demanded that the vaccination protocol should not be changed without another clinical trial.

And the European Medicines Agency has also demanded more clinical data before such a change is made.

As a clinician who has conducted many trials myself, I agree.

The only way we can be sure that the change proposed by Professor Van-Tam is the right move is to commission a new study comparing the efficacy of a second dose given at 21 days to that delivered at 12 weeks.

Until more is known, there is the possibility that the proposed variance from the stated dose will provide inadequate immunity to many patients and frontline workers and, worse, may potentially waste the first dose completely.

In addition, patients who have already had a first dose gave their consent specifically for a two-dose regime separated by 21 days.

It was emphasised to them how important it was that they returned for the second dose. Now it is proposed that the second appointment be cancelled.

Informed consent is a cornerstone of medical practice and it would not usually be considered ethical or lawful to vary from it without very good reason.

Yes, it is important that we roll out the vaccine programme as quickly as possible, but over the last nine months, we have been told time and time again that we should follow the science.

And the science in relation to this vaccine says two doses separated by 21 days.

It may be that Professor Van-Tam and his colleagues have access to data that the rest of us do not. If so, they should publish it.

Until then, I remain concerned that we are in danger of doing all the wrong things for all the right reasons.