After travelling for 54 days through 17 countries in a dash to the end of the Earth, Emon and Jamiul Choudhury triumphed by a mere 20 seconds.

But instead of splitting their hard-won £20,000 prize, the uncle and nephew duo will donate half of it to help children sleeping rough in Brazil.

The BBC’s Race Across The World show followed five British pairs as they travelled from one checkpoint to another without any technology and a cash equivalent of the air fare from the start to the finishing line. 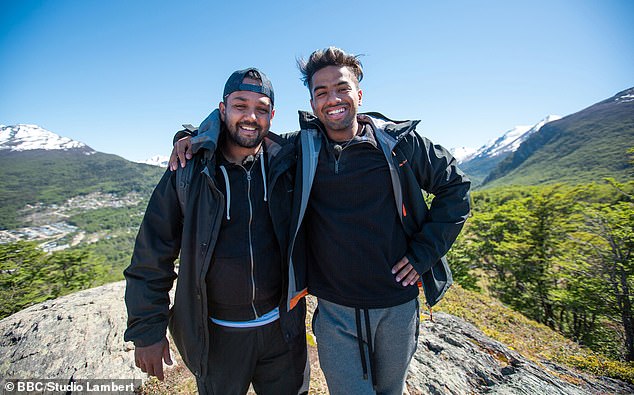 Emon and Jamiul Choudhury won BBC Two’s Race Across the World, more than 3.3million viewers tuned into watch the uncle and nephew cross the finish line on Sunday 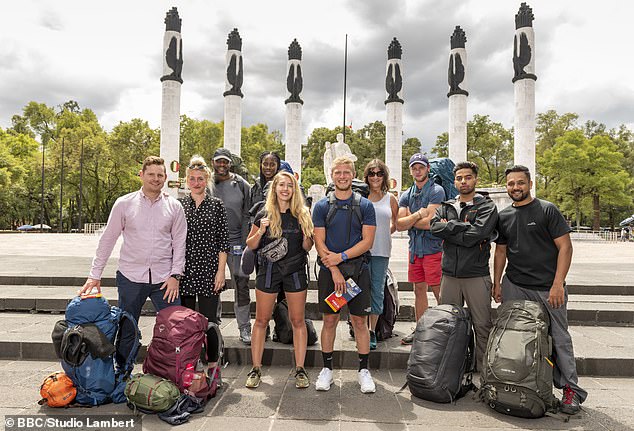 Race Across the World saw five pairs travel across 17 countries vying for a £20,000 prize

This year’s race began in Chapultepec Castle in Mexico City and finished in Argentina’s Ushuaia, nicknamed ‘the end of the world’ for being one of the most southerly cities on the planet.

After their win they said: ‘We’ll donate £10,000 to South American charities to help kids on the streets, especially in Sao Paulo.’

Both men were deeply affected by the number of vulnerable children, with Emon, 35, offering them food and a pack of cards.

‘If I wasn’t on a race budget I’d give it all and go to the closest bank and take out as much as I can,’ he said.

Speaking on BBC Breakfast yesterday, the Bradford-born businessman said: ‘The trip itself was an amazing experience. You can’t put a figure on that and we believe the money will go such a long way to help the people we visited.’

Jamiul, 25, added: ‘It was a life-changing experience. There’s a bigger world out there and it puts into perspective how minuscule we are in a wider world.’

The climax of the show’s second series also saw mother and son Jo and Sam Gardiner withdraw from the race within touching distance of the final due to a lack of funds after jobs in hostels and cleaning out coach toilets in Brazil failed to secure them enough to get to the southern tip of Argentina.

Brother-sister duo Dom and Lizzie Slater were also hit hard by their depleted budget which meant they couldn’t afford the last taxi that would have kept them in the competition in the final hurdle.

And couple Shuntelle Greenidge and Michael Greenway were forced to pull out after he misplaced his belt in Honduras which contained more than half of their budget.