Totally snubbed? Bachelor Nation was shocked to see Katie Thurston moving on with former contestant John Hersey one month after ending her engagement to Blake Moynes — but fans weren’t the only ones who were floored.

Katie Thurston and John Hersey’s Timeline: ‘Bachelorette,’ Blake and Beyond

Moynes, 31, opened up about his initial reaction to seeing Thurston, 30, hint at her new romance at the conclusion of her “12 Days of Messy” series, admitting on the Wednesday, November 24, episode of the “Talking It Out With Bachelor Nation” podcast that he found out at the same time as the rest of the world.

“On Day 12, people were like, ‘Do you think it’s going to be John?’ And I was like, ‘No, it’s going to be about herself and [how] she reinvented and found herself in this [process],’” the Canada native explained. “So when that dropped … I had to pull over because my phone was going nuts. I pulled over in a Best Buy parking lot and everyone was ringing me, they were like, ‘There’s no f–king way.’” 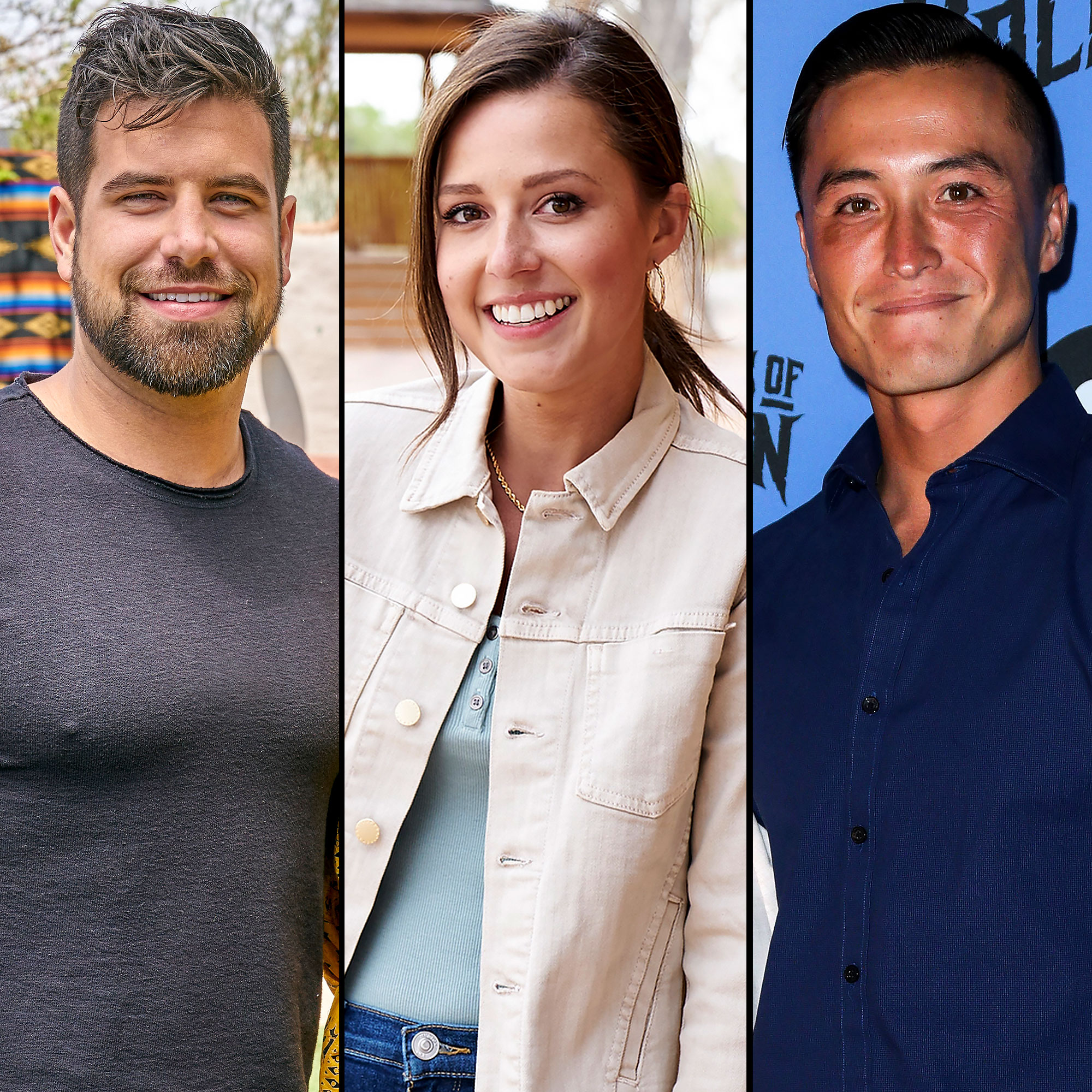 The season 25 Bachelor alum featured Hersey, 27, in a video shared via her Instagram Story on Tuesday, November 23, set to Taylor Swift‘s “Begin Again.” After the social media upload raised eyebrows, Us Weekly exclusively confirmed that the duo are dating.

“I was shocked too. I just thought that she might at least tell me on the side,” the wildlife manager said on Wednesday. “Just because we have had very cordial, easy conversations [since the breakup]. We haven’t had one in a while … but, you know, they’ve been very cordial and very good. So why not reach out to me and tell me that, at least, to give me a heads up?”

The way he saw it, being left out to dry showed “a little lack of” respect on Thurston’s part toward what they shared ahead of their October split. However, Moynes made it clear that he wasn’t interested in “bashing” his ex-fiancée.

“I still remember how happy I was in that moment [when I proposed],” he explained. “But, like, this last little straw is very frustrating for me to want to keep holding on to being like, ‘No regrets, no regrets.’ And that’s what’s annoying. … I just want it to go away.”

Moynes asserted that he was ready to close the Bachelorette chapter of his life and encouraged the Washington native to “go do her thing.”

Since Thurston debuted her new romance, Moynes and some of his family members have unfollowed her on Instagram. A source later exclusively revealed that the reality TV personality felt “blindsided” by how quickly the former bank marketing manager’s friendship with Hersey turned romantic.

“She was very clear and I trusted everything she said — I still do that. I don’t think anything was happening during the time that we were engaged. I really don’t,” Moynes said on the podcast, accusing Thurston of emotional infidelity. “Clearly, he was more into it or was pursuing it or wanted to be hanging out with her all the time. … When I was in Canada or in Kenya, I would see them together, but again, I put my full trust in that there’s nothing more than literally just a friendship.”

The bartender, for his part, confirmed his status with Thurston on Tuesday with a PDA-filled TikTok video.