The BBC presenter was visibly livid when the filming of a flock of small seabirds performing intricate dives was suddenly disrupted by a fast-moving speedboat through the scene. Not one to mince words, the BBC frontman clenched his jaw and complained bitterly about people showing “no respect” for wildlife. Packham’s patience was put to the test while cameras were focussing on scenes for the highly-acclaimed Blue Planet Live.

Millions of viewers have been tuning into the BBC this week to watch live broadcasts from three of the best spots on the planet to watch marine marvels, with Packham travelling to Mexico’s Gulf of California to watch wintering grey whales prepare for their 5,000-mile journeys to the Arctic after calving.

Cameras were suddenly switched when a flock of black-necked grebes – rare breeding birds in the UK – were suddenly spotted performing unique diving behaviour close to the film crew’s boat, only to leave the presenter spitting feathers.

A clip released by the BBC today shows how the Packham’s broadcast about unusual wildlife behaviour he has never witnessed before went awry when a passing boat gate-crashed the scene.

“I have never seen them behaving like this,” the popular presenter enthuses as cameras focus on the delicate birds with their beady red eyes. “There are clearly more than a hundred birds really tightly packed together, but what’s most interesting, is that they are diving synchronously…” 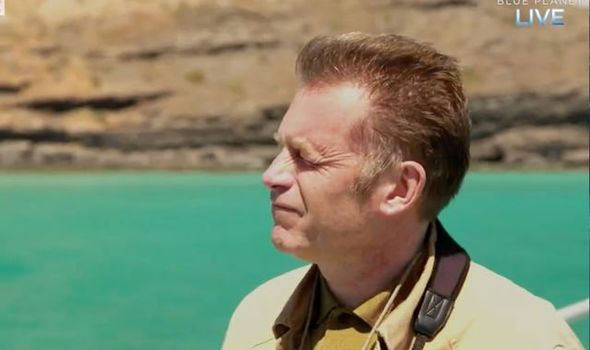 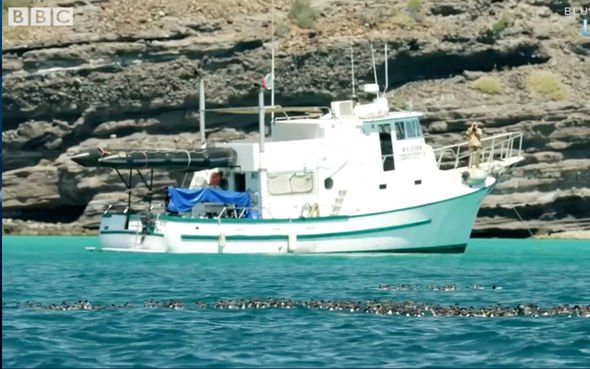 Suddenly, Packham puts down his binoculars, clenches his jaw and momentarily forgets what sea he is filming in and exclaims: “Oh No… No! What yobs! Honestly. The whole of Gulf of Mexico to roar through and they have to roar through my grebes…”

Packham then mutters: “People! No respect for grebes. Grebe rights aren’t what they used to be…”

Rather than filming in the in Gulf of Mexico, the crew is based 3,000 miles to the west in the Gulf of California, otherwise known as the Sea of Cortez. 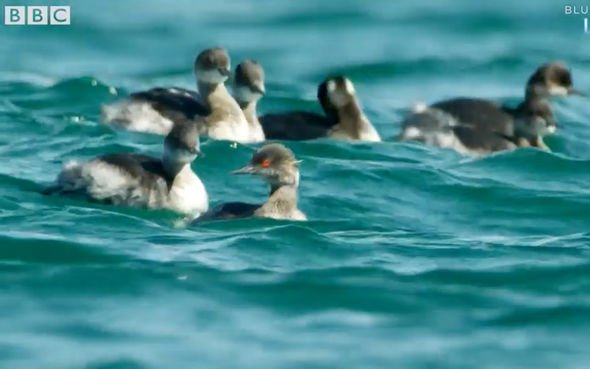 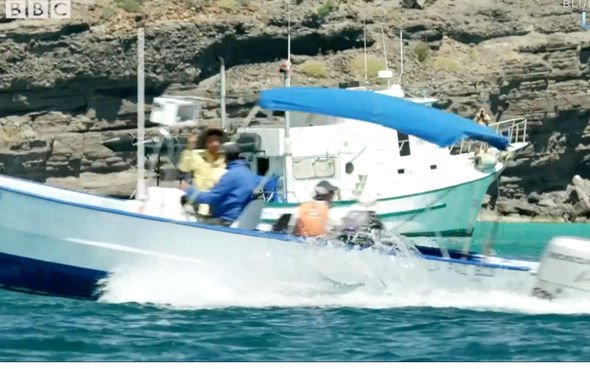 Having regained his composure, the accomplished naturalist returns to watching the birds, giving an explanation about the possible reason for the grebes’ unusual behaviour – and rueing the fact he has no diving gear to join them in the rolling waves.

“This has got to be a feeding technique beneath the surface,” he continues. “We have had the drone up looking down on them but unfortunately the water surface is too broken for us to see how they are choreographing themselves beneath the surface.

“They are a small fish feeder or maybe larger crustaceans and they dive and rise at exactly the same time.

“I’ve never seen anything like it. At this point in time, I’d give anything to have some diving apparatus to be under the water to see what they are doing down there. Superb, isn’t it? See it’s not all about cetaceans. Some good bird to see in the Sea of Cortez.”