Sharing laughs. Bob Saget opened up about how comedy helped him out of dark times during his final TV interview before his death.

‘Full House’ Cast’s Quotes About Bob Saget Through the Years

The 65-year-old actor taped a conversation with CBS News’ chief medical correspondent Dr. Jon LaPook in December 2021. The sit-down aired on CBS Mornings on Friday, January 14, days after he passed away.

“I would dance in the living room and just start dancing stupid to make anybody laugh, just like silent film stars,” Saget said of his passion for comedy, which began at an early age. “I knew some jokes but it wasn’t really jokes, it was just like, ‘I’ve gotta perform, I’ve gotta make people laugh.’ … I know it’s healing for people.”

The Full House alum confessed: “It was a defense mechanism and it truly helped me survive. It helped keep me mentally alive rather than letting it destroy me.” 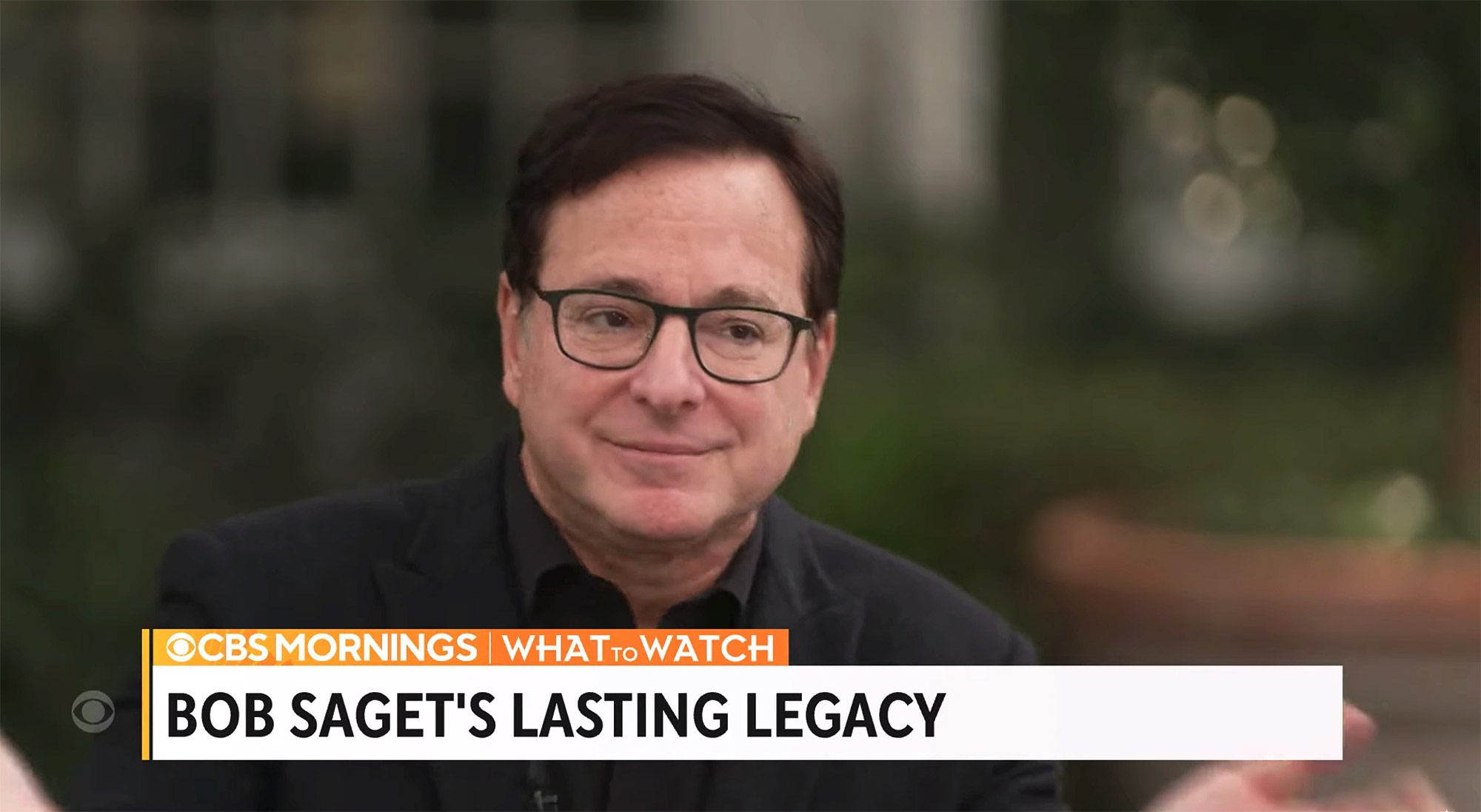 Saget was found unresponsive in his Florida hotel room on Sunday, January 9, one day after performing a live show. “Loved tonight’s show @PV_ConcertHall in Jacksonville,” he tweeted on Saturday, January 8. “Appreciative audience. Thanks again to @RealTimWilkins for opening. I had no idea I did a 2 hr set tonight. I’m happily addicted again to this s–t.”

Survived by his wife, Kelly Rizzo, and his three daughters with ex-wife Sherri Kramer, the former America’s Funniest Home Videos host had experienced a heavy loss earlier in his life that inspired him to make a difference. His sister Gay was diagnosed with the rare illness scleroderma at 43 and died four years later.

“We were all in the room when she let out her last breath and … it felt like [her] soul [was] going past us,” he recalled to CBS in Friday’s interview. “Humor is the only way my family survived.”

Saget helped raise money for the Scleroderma Research Foundation in his sister’s honor, noting that “to really do her justice” would be to “make huge strides” in attempting to find a cure.

“I can’t watch what happened to my sister happen to more people … and raising awareness is one of the things that gets you there,” he added. “For me, it’s an homage to her and [I’m] somehow telling her that her life had a real purpose.”

The Pennsylvania native, who lost sister Andrea to a brain aneurysm in 1984, vowed to raise awareness about scleroderma for the rest of his life, explaining, “My sister should not be dead and that’s one of the things that has kept me doing this, will keep me doing this until I’m gone. I’ll do it when I’m gone.”

‘Full House’ Stars: Then and Now!

After news broke of the Fuller House alum’s death, the Scleroderma Research Foundation received upward of $90,000 in donations. Tributes also came pouring in from friends, fans and former costars. His longtime pal Mike Young opened up about Saget’s devotion to his family in an exclusive interview with Us Weekly.

“[Bob] was incredible,” the comedian told Us. “He loved his wife, and he loved his kids and he made sure every step of the way that they were OK. That’s how I would describe Bob. He made sure that everybody was OK before him. … He just took care of people.”

Rizzo, 42, noted in a statement of her own that she would share more about her late husband “when the time is right and when this news is not as raw,” thanking fans for their support as she mourned.

“My whole heart. Bob was my absolute everything,” she continued. “I am so completely shattered and in disbelief. I am so deeply touched by the outpouring of love and tribute from our friends, family, his fans and his peers.”