Brandi Glanville is finally telling her side of the story when it comes to the alleged rendezvous she had with former “Real Housewives of Beverly Hills” star Denise Richards.

Glanville, 47, claimed that Richards, 49, was “sexually aggressive” towards her when they first met — and thus, they began a secret affair after meeting on September 18, 2018 at Rande Gerber’s Café Habana in Malibu, she told “DailyMailTV”. Richards has adamantly denied all of Glanville’s allegations of a tryst in the past.

Meanwhile, Glanville claimed that her agent set up the meeting so Glanville could give Richards advice on joining “RHOBH” as he was taking her on as a client as well, but it turned into something more.

“We went to dinner and Denise is sitting across from me and the whole time she is looking at my boobs,” she alleged. “Then our agent left because it was getting late for him, but we stayed because we were having a great time, we were hitting it off.”

She continued, “And then Denise said to me, ‘Oh my God, does it seem like I’ve been looking at your boobs all night?’ I’m like, ‘Yeah, pretty much.’”

Richards then allegedly told Glanville that she was considering having a breast surgery herself and asked to see the work Glanville had done.

“We went into the bathroom and I showed her my boobs and right when I took my shirt down,” Glanville alleged. “She just kind of threw me against the wall and started making out with me.”

Glanville said that she “was down for it” and ” honestly didn’t mind” the kissing.

“We were drunk and it’s not the first time I’ve made out with a friend or a girl,” she said. “I was flattered, it was a compliment. She’s a beautiful girl. She’s Denise Richards.” 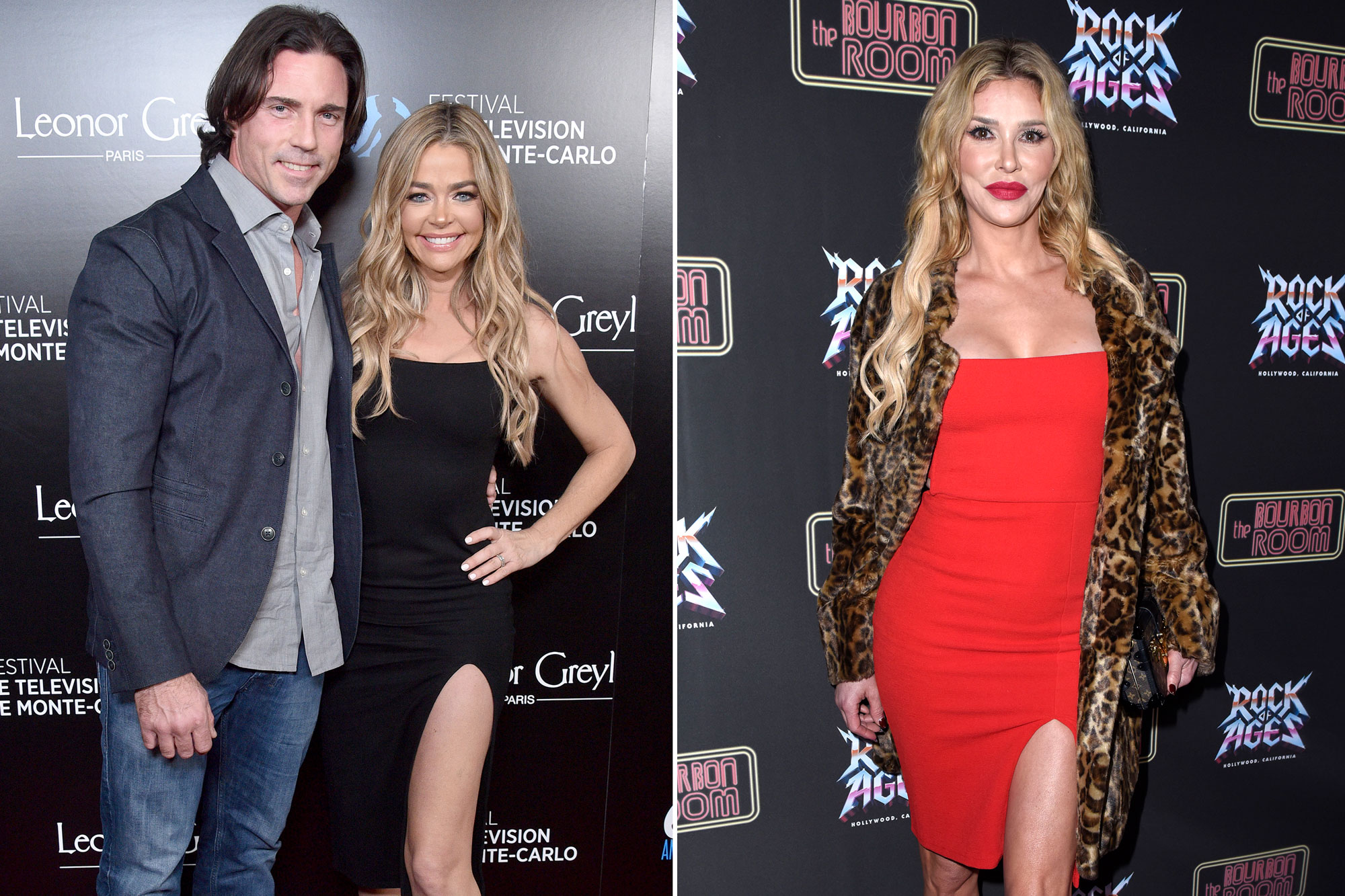 The duo then allegedly went back to the table to have more drinks before heading back into the bathroom.

“We were just making out, I had jeans on,” Glanville claimed. “There was nothing other than like a little bit of ti–y sucking, but it was sexy.”

When they decided to leave the restaurant, Richards reportedly asked Glanville not to tell anyone about their makeout sessions — and she did not know that Richards recently tied the knot with Aaron Phypers. She was also allegedly mistook Glanville’s Uber for paparazzi.

From there, Glanville said that Richards continued to want to see her.

“It was nonstop from her after the first night we met,” she alleged. “She wanted to finish what she started, that’s how I felt.”

She continued, “She was literally texting me every single day. ‘Oh, I’m in your neighborhood, can I just come over? Can I come over? I need to see you.’ I said, ‘Well, I can meet you for a drink, I can meet you at dinner.’ I just didn’t want to be alone with her, because I felt that she had a lot of dude energy, like she really wanted me.”

Richards denied having extensive communication with Glanville throughout episodes of “RHOBH,” which is currently airing.

Soon enough, Glanville and Richards filmed a scene for the Bravo show together that November, and Glanville said they went back to Café Habana afterward with Richards’ husband, Phypers, in tow. The conversation quickly turned to the couple discussing the threesomes they’ve had with other women, Glanville claimed.

She claimed, “They got on the subject of how do they get other women to come into their marriage and into their bed? They asked if I could help them? And I’m like, ‘Um, call Charlie Sheen.’” 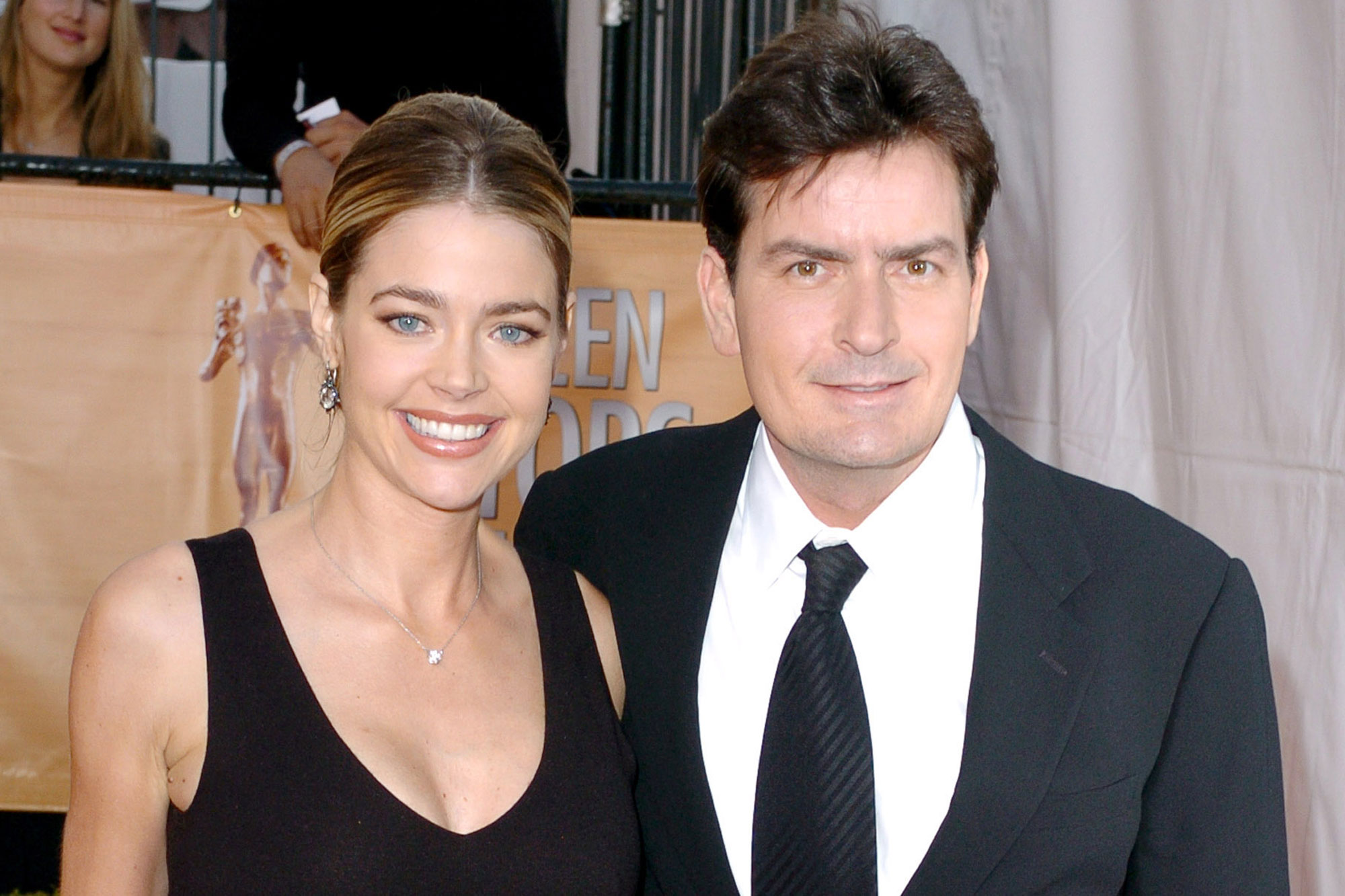 “All night we talked about sex and how [Phypers] was okay as long as she was with a girl, she could never be with a guy,” Glanville claimed. “It was an interesting conversation and it just made me feel like, ‘Okay, these are very sexual people that are very open.’”

Finally, their relationship heated up when Glanville decided to join Richards on a trip to Mendocino, Calif., where Richards was filming a movie. Glanville previously claimed that they had sex on the trip. Now, she is claiming that Patrick Muldoon, who was also starring in the movie, was in on their affair and asked her about it during a podcast episode they recorded together.

“I felt she wanted to hit it and quit it,” Glanville claimed. “She was very sexually aggressive and once she got what she wanted, she didn’t want to know.”

“I really didn’t think it was going to be as huge as it is,” Glanville concluded of the aftermath of the alleged tryst. “It’s literally everywhere.”