Ahead of her upcoming conservatorship court hearing, Britney Spears’ fiancé, Sam Asghari, is “the person in life she trusts 100 percent,” a source reveals exclusively in the new issue of Us Weekly.

“Right now, Britney is trying to stay calm and she’s relying on Sam to help her with day-to-day decisions,” the insider says, noting that Asghari is Spears’ “rock” and “soulmate.”

The source adds, “She is loving wedding planning right now, it’s a fun escape from the court drama.” 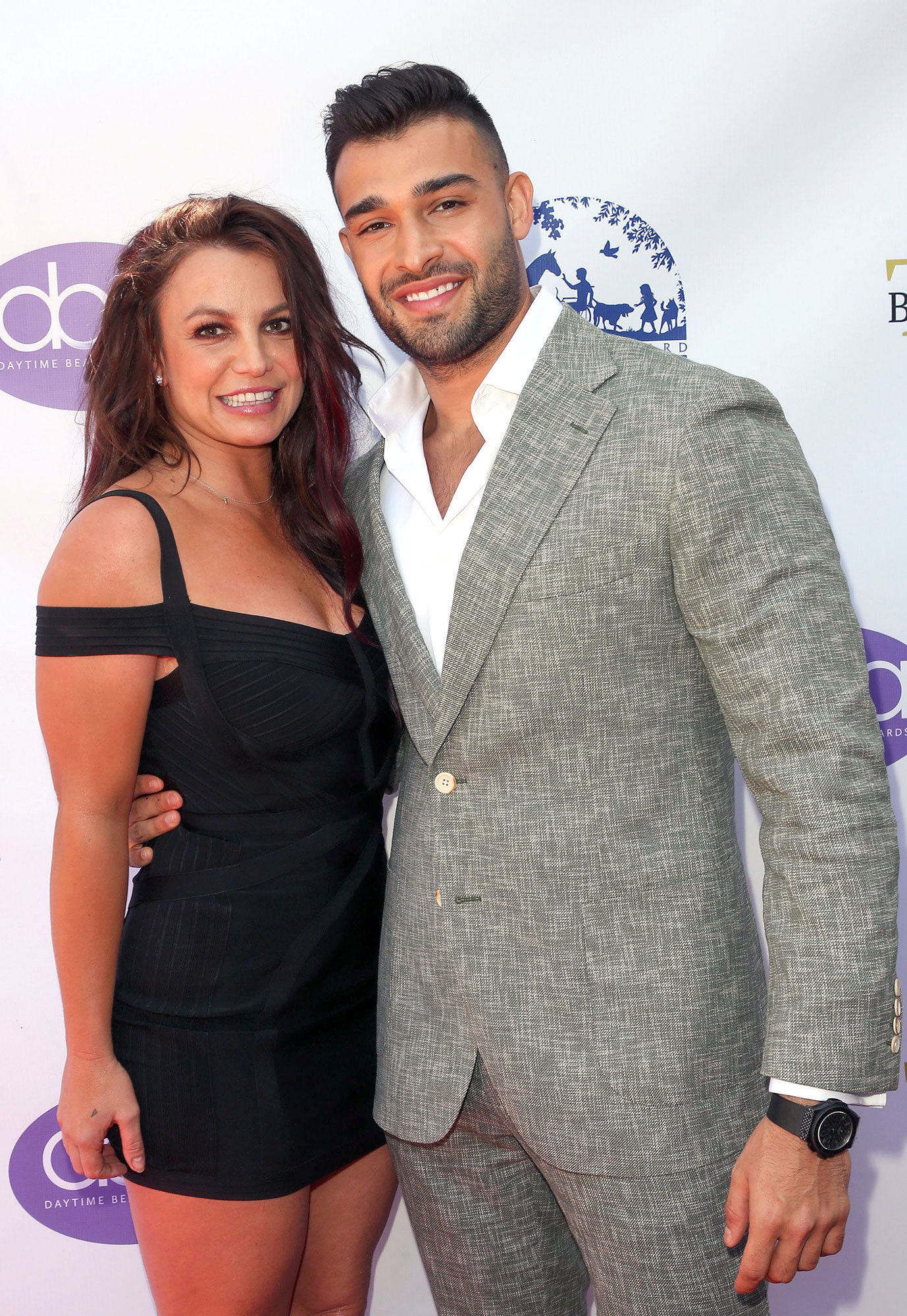 The 39-year-old pop star, who got engaged to the 27-year-old dancer earlier this month, is set to appear in court on Wednesday, September 29, after filing to remove her father, Jamie Spears, as the conservator of her estate (a position he’s held since 2008). Jamie, 69, filed paperwork earlier this month to terminate his service and a judge will rule on the case on Wednesday, September 29.

Britney Spears’ Ups and Downs Over the Years

Spears’ ups and downs and legal battle have been explored in a series of documentaries, including a follow-up to Hulu’s The New York Times Presents “Framing Britney Spears” titled “Controlling Britney Spears” and Netflix’s Britney vs Spears.

“[Britney and Sam] both hate these documentaries that are coming out because they only offer nuggets of information and don’t even begin to describe the full picture of what she’s suffered down the years,” the source tells Us.

The “Toxic” songstress seemingly addressed “Controlling Britney Spears,” which alleged that members of Britney’s team monitored her iPhone over the years, in a cryptic Instagram post on Monday, September 27.

“It’s really crazy guys … I watched a little bit of the last documentary and I hate to inform you but a lot of what you heard is not true!!!” the Grammy winner wrote via Instagram. “Number one … that’s the past !!! Number two … can the dialogue get any classier 😭 ??? Number three … wow they used the most beautiful footage of me in the world 😳 !!! What can I say .. the EFFORT on their part 👏🏼.” 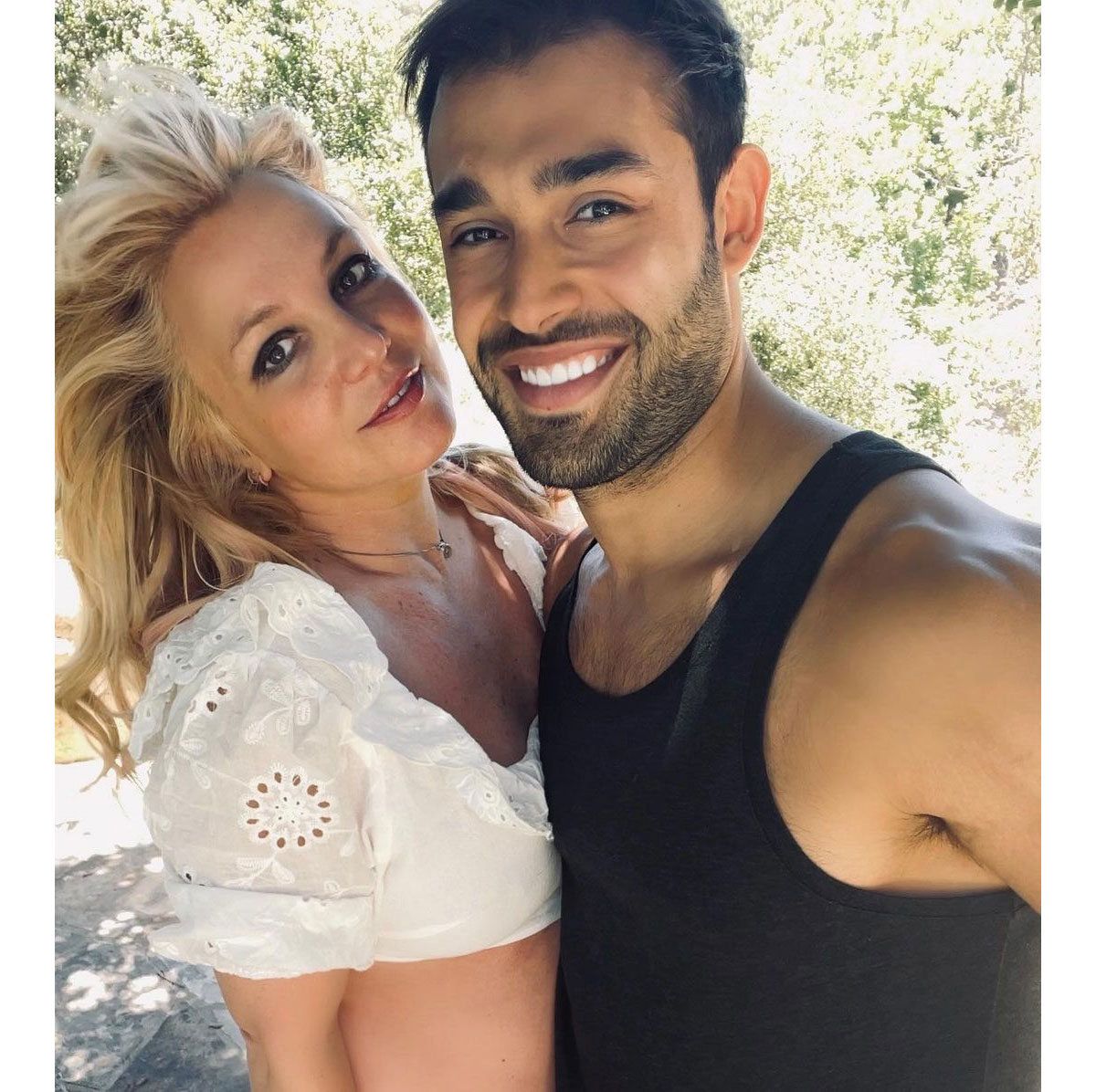 Brintey’s lawyer, meanwhile, wrote in court documents that the allegations made by The New York Times “warrant [a] serious investigation,” adding that Jamie should be “immediately” suspended from his role in his daughter’s conservatorship on Wednesday.

“To be clear, his suspension will not impede the ultimate termination of the entire conservatorship, as Mr. Spears will be required during the transition to work with his temporary successor,” the attorney wrote. “The only thing Mr. Spears will ‘lose’ is something he should not have ever had — the ability to further harm his daughter.”

Jamie, for his part, released a statement to NYT through his lawyer after the doc dropped: “Jamie’s record as conservator — and the court’s approval of his actions — speak for themselves. Jamie loves Britney unwaveringly and wants only the best for her. He will never stop loving or supporting his daughter.”

For more on Britney, watch the video above and pick up the new issue of Us Weekly, on newsstands now.