Buying a gift for Melania takes less time than a combover, Donald 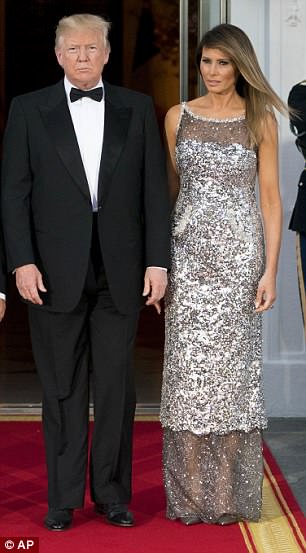 President Trump was asked on a TV chat show what he had bought his wife, Melania, for her 48th birthday

The Korean crisis may be temporarily in remission, but if ever there was a harbinger of World War Three, it was this. On Thursday, President Trump was asked on a TV chat show what he had bought his wife, Melania, for her 48th birthday.

‘Well, I better not get into that because I may get in trouble,’ Trump said. ‘Maybe I didn’t get her so much. I tell you what… I got her a beautiful card and some flowers. I’m very busy to be running out looking for presents…’

But when he fails to buy you a birthday present the marriage is doomed. And flowers don’t count; giving flowers to a woman is akin to giving a hamster to a child – they need looking after and then they die.

As for a ‘beautiful card’ – what’s the betting it was from Moonpig so the Donald didn’t even have to sign it, or that he ‘did an Alan Sugar’ – remember the Apprentice gnome who once signed a birthday card for his wife: ‘Best Wishes, Sir Alan Sugar’?

I’m afraid the ‘busy’ get-out-of-jail (birthday) card never washes, even if you are the leader of the free world: a click on Net-a-Porter takes seconds, and you don’t even have to wrap the blasted present. 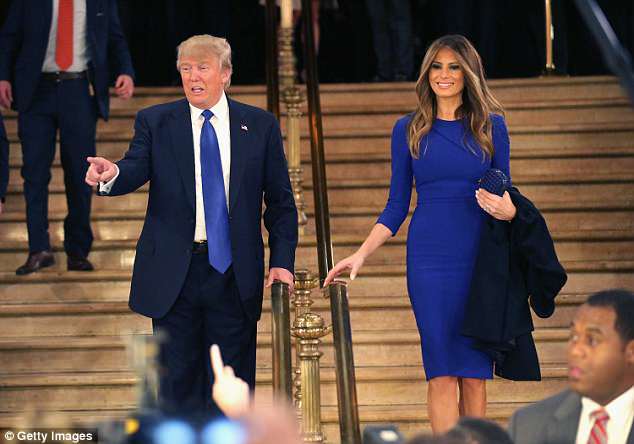 His reply: ‘Well, I better not get into that because I may get in trouble,’ Trump said. ‘Maybe I didn’t get her so much. I tell you what… I got her a beautiful card and some flowers. I’m very busy to be running out looking for presents…’

Like most men, Trump has enough spare time to play golf, spend hours on the loo and carefully execute a combover that must take far longer than a wife’s blow-dries. He has minions, for Christ’s sake. Anyway, time, as Stephen Hawking said, is irrelevant and elastic.

The yawning black hole of a birthday gift would have come as no surprise to Melania, though. It’s just one of the obvious but no less worrying signs that a husband’s affections are slipping as fast as his moobs…

1) When your husband doesn’t look up as you enter a room, as though lifting his eyelids is just way too much bother: that’s as clear a warning sign as a long blonde hair on his lapel.

2) When he uses your back fat as an iPad prop in bed: that’s tantamount to finding a hotel receipt in his top pocket. 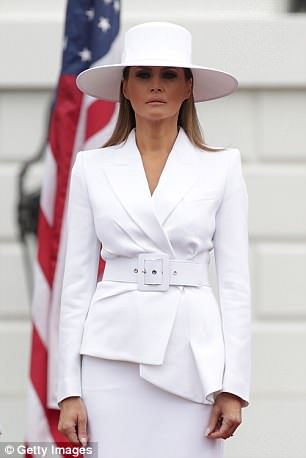 I’m afraid the ‘busy’ get-out-of-jail (birthday) card never washes, even if you are the leader of the free world: a click on Net-a-Porter takes seconds, and you don’t even have to wrap the blasted present

3) He makes a face like a wet nappy when asked to iron a school shirt… and never mind you were the one who pushed his progeny out from between your thighs.

4) You can no longer crack the password on his phone – it went from the date you got married to the ages of your children to Arsenal’s latest formation to being a complete and utter mystery – a sure sign he’s hiding something.

5) When you phone him from hospital after waking up from surgery, and he asks, disinterested, sleepy: ‘Who is this?’ (I swear that happened to me). You might as well summon the divorce lawyers now.

It’s not remotely materialistic to expect a decent gift: birthdays are a full stop, a check point on the long journey that is a life together. All the men I’ve ever been involved with (‘all’ is stretching it a bit; there have only been three and a half) have used that age-old excuse of the lazy, miserly, disinterested, chippy male: ‘You are just so difficult to buy for.’

I’m sure Donald probably used that same lame excuse when he got home to find all the lights off, dinner in the cat, and Melania precipitating a new Cold War: tucked up in bed wearing a gelatinous hair pack, pore strip and a head-to-toe winceyette nightie.

No woman has everything, even Melania, who may be as brittle as toffee shards but would doubtless melt with a little warmth. Just use your imagination! Ask our best friend! Glance at our search history to see the stuff which dreams and marriages are made on…

P.S.. ‘We are all going to hell in a handcart!’ tweeted Kirstie Allsopp last week. An unfortunate choice of words, given she was pooh-poohing the BBC’s Watchdog for highlighting the filth and germs lurking on supermarket trollies.

We all know posh people love dirt (‘Housework is far more tiring and frightening than hunting,’ wrote Nancy Mitford), so forget her and listen to me.

Salmonella lurking on trolley handles is the least of your supermarket worries. Conveyor belts are like NHS hospitals: teeming with superbugs.

That pillow of lettuce contains enough chlorine for an Olympic-size swimming pool. And that 5p carrier bag? Contains so much of the shop assistant’s DNA, given she licked her fingers to open it, you’re probably now closely related…