CADBURY will shrink chocolates inside multipacks next year in a bid to beat childhood obesity.

But the bold move means that fan favourites including Boost bars and Double Deckers will get smaller. 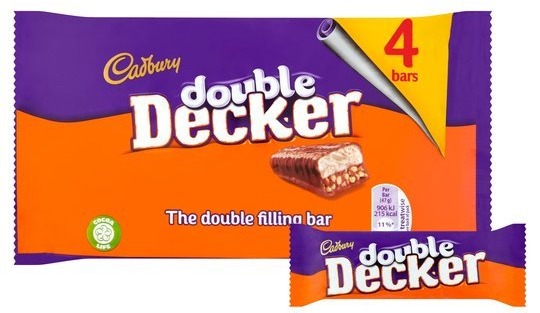 It comes as Prime Minister Boris Johnson has vowed to crack down on obesity and warned that Brits are "considerably fatter" than their European counterparts.

It's part of a bigger promise by the confectionery brand to reduce the number of calories in multi-pack bars to under 200 per snack, and kids' favourite biscuits to under 100 calories by the end of 2020.

But now our Boost bars and Double Deckers are under threat from shrinkflation too as it plans to bring 100 per cent of its multipack bars under 200 calories too by the end of 2021. 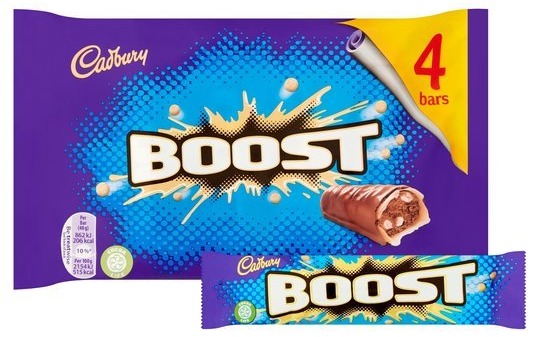 Cadbury hasn't said exactly who much the new bars will weigh but a Boost bar in a four-pack currently weighs 40g and contains 206 calories.

It will contain 191 calories after the size reduction.

Meanwhile, a Double Decker in a four-pack weighs 47g and contains 215 calories, but will contain 199 calories in the new size.

The chocolate brand has assured fans that the recipe will stay the same so they should both still taste just as good.

It's not clear whether the size reduction will be reflected with a price drop but it's worth remembering that retailers can set their own prices.

When Cadbury Mini Fingers and Cadbury Animals were brought under the threshold last year the recommended retail price stayed the same.

How many calories in the UK's top chocolate bars?

THIS is how many calories are in some of the UK's top full-size chocolate bars:

The size of multi-pack Crunchie, Wispa and Flake bars won't be reduced because they already come under 200 calories.

For example, a Crunchie bar in a four-pack weighs 32g and contains 149 calories.

Individually sold chocolate bars will stay the same though – a 250-calorie cap on single bars was introduced in 2014.

Louise Stigant, UK managing director at Mondelēz International – the brand behind Cadbury – said: "We also recognise we must play our part in tackling obesity and are committed to doing so without compromising on consumer choice.

That is why we have been focusing on the areas we know will make the greatest impact and have been backed up by consumer research and nutritional science."

Adam French, Which? consumer rights expert, said: "It's good that Cadbury is being upfront about this change and laudable that Mondelez wants to help to tackle the obesity crisis – but some customers will rightly wonder why the prices of these products aren't coming down along with the size.

"In recent years, we've repeatedly seen this trend of popular products shrinking while the prices stay the same and it is understandable that households, many of them facing a squeeze on their finances, feel frustrated by it."

Food firms have been using shrinkflation – when an item reduces in size while the price remains the same or increases – to help offset rising ingredient costs.

Fans previously blasted McVitie's after it removed eight Jaffa Cakes from its "yard" long packs of the treats.