Cardi B to wear Versace to Met Gala 2022, host afterparty at the Standard

The craziest Met Gala outfits of all time: From Kim Kardashian to Rihanna

A history of Kim Kardashian at the Met Gala: Her outfits through the years

What is ‘Gilded Glamour’ and why is it this year’s Met Gala theme?

Sources tell Page Six Style that rapper Cardi B — whose hubby Offset has the hit song “Versace” with Migos — will be donning the legendary brand at tonight’s Met Gala, also known as the fashion prom.

Later, she’ll be hosting an afterparty with Playboy at the Standard.

We’re told along with Cardi, Versace will be dressing stars including singer Maluma — the face of the brand’s spring 2022 collection — as well as model Gigi Hadid, who walked in the brand’s show during Milan Fashion Week in February after modeling alongside sister Bella for the brand in January, and Emily Ratajkowski, the new face of Versace’s eyewear campaign.

“Bodak Yellow” rapper Cardi has close ties with the Italian fashion house. In a March campaign, she and her sister Hennessy modeled outfits by Versace on Instagram, showing off the pricey La Medusa Mini Bag.

The family affair doesn’t stop there. Back in 2019, Cardi showed off a picture of her then-baby daughter Kulture wearing an $830 Versace barocco print baby puffer onesie.

Offset’s “Versace” includes lines like, “Come in my room, my sheet Versace. When i go to sleep, I dream Versace,” and “Look at my closet Versace, Versace.” 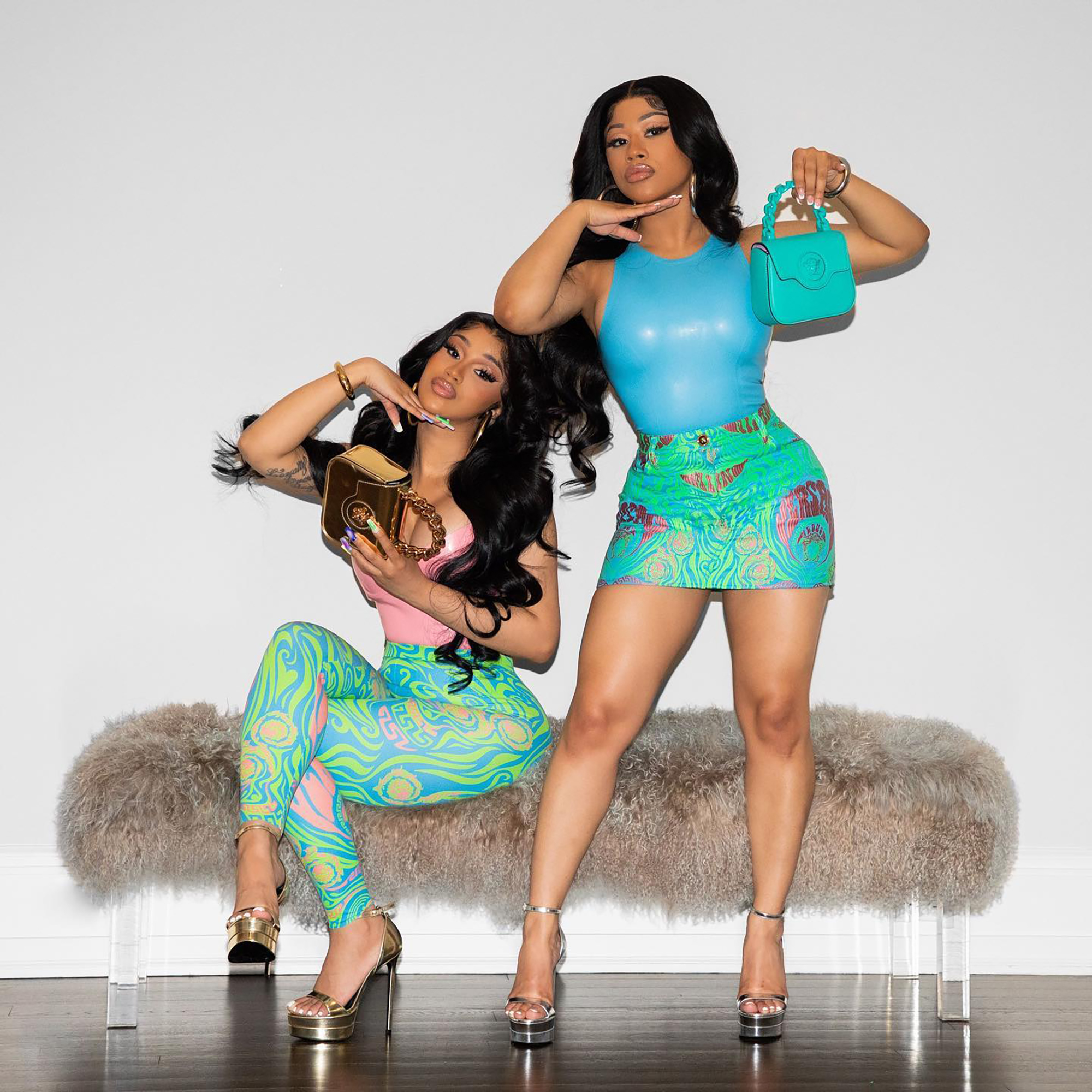 Cardi has been a big attraction on the Met red carpet. In 2019, she stole the show in a red Thom Browne that had 30,000 feathers, 44 carats of rubies, a bedazzled swim cap and required five people to help carry the train up the steps.

The dress won Cardi the coveted approval of Vogue’s Anna Wintour. “I was completely in awe of the stunning dress that Cardi B wore to the Met this year,” the editor said in the  “Go Ask Anna” video series following the event. “She looked unbelievable. . . She could barely move, but it made no difference. People parted like the queen coming through because she looked so fantastic.”

The year prior, Cardi made her Gala debut in Jeremy Scott designed Moschino while pregnant.