Charles and Camilla are reunited at Sandringham

Blooming lovely! Charles and Camilla are reunited at Sandringham Flower Show after week of solo engagements

Prince Charles and the Duchess of Cornwall did their best to deflect the heat today, he in a pair of trendy sunglasses and she with a pretty lace parasol.

The couple, on their last joint engagement before their summer holidays, were touring the annual Sandringham Flower Show on the Queen’s Norfolk Estate as the mercury hit 27C/81F.

After arriving by horse and carriage, they plunged into the crowds, shaking hundreds of hands and greeting many of the thousands of well-wishers personally, having recognised them from previous years.

Her parasol was admired by dozens of members of the public, with one woman telling her: ‘You look lovely and cool.’ 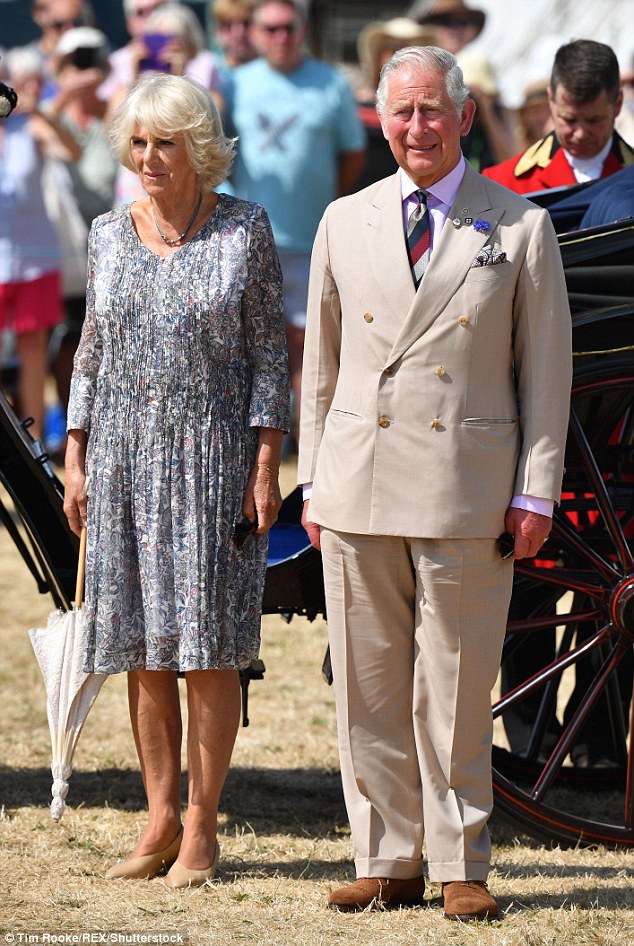 Back together! Charles and Camilla looked delighted to be back in each other’s company when they were reunited at the Sandringham Flower Show on Wednesday 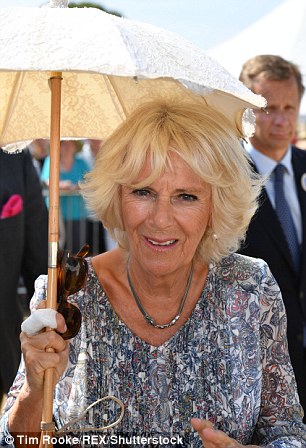 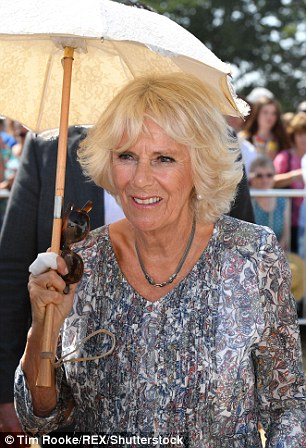 Heating up! The couple endured temperatures of 25C with Camilla resorting to carrying a large parasol to protect from the rays

‘I’m not sure that will be the case when I get to the end of this,’ laughed Camilla, nodding to the thousands of members of the public waiting to greet her.

‘I hope you have a lovely holiday , you deserve it m’am, ‘ another fan called.

Camilla, 71, was sporting a noticeable large white plaster on one of the fingers on her right hand.

She later explained: ‘I cut my finger yesterday but it’s not as bad as it looks, I think the plaster hurts as much as anything, to be honest.’

Inside the cooler marquees, she and a Charles admired the competition displays which included flowers, gardens, cakes and baked goods, as well as vegetables.

‘It’s a good year for agapanthus, they like it nice and dry,’ Camilla said knowledgeably. 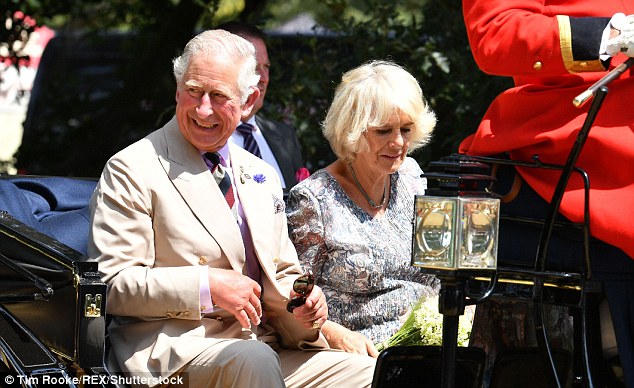 Arriving in style: The Prince of Wales, 69, and Duchess of Cornwall, 71, made a stylish entrance, arriving by horse and carriage at the annual horticultural spectacular 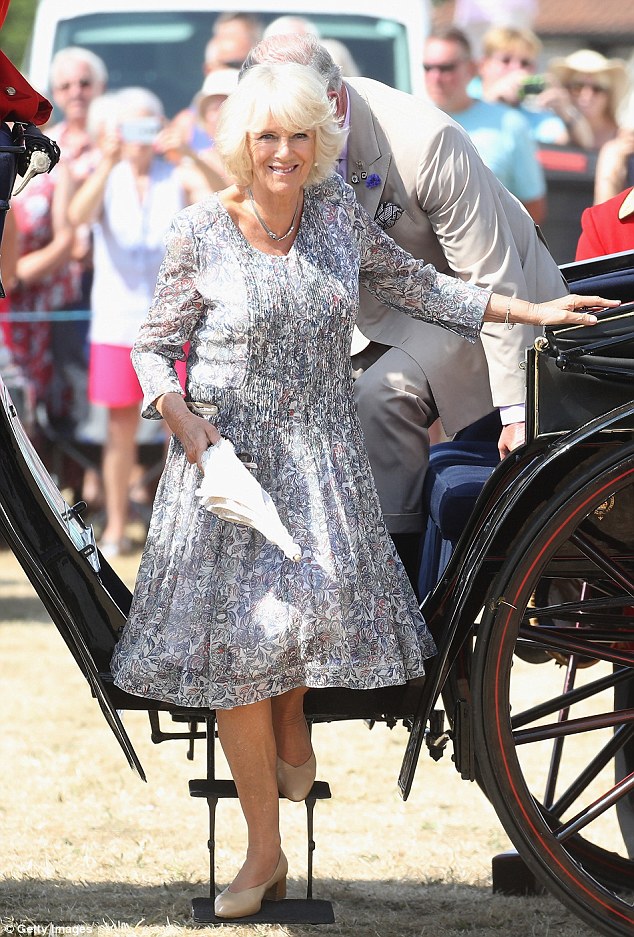 Blooming lovely! Camilla was suitably dressed for the occasion in a floaty floral dress featuring a ruched bodice and pleated skirt, while her husband wore a light linen suit 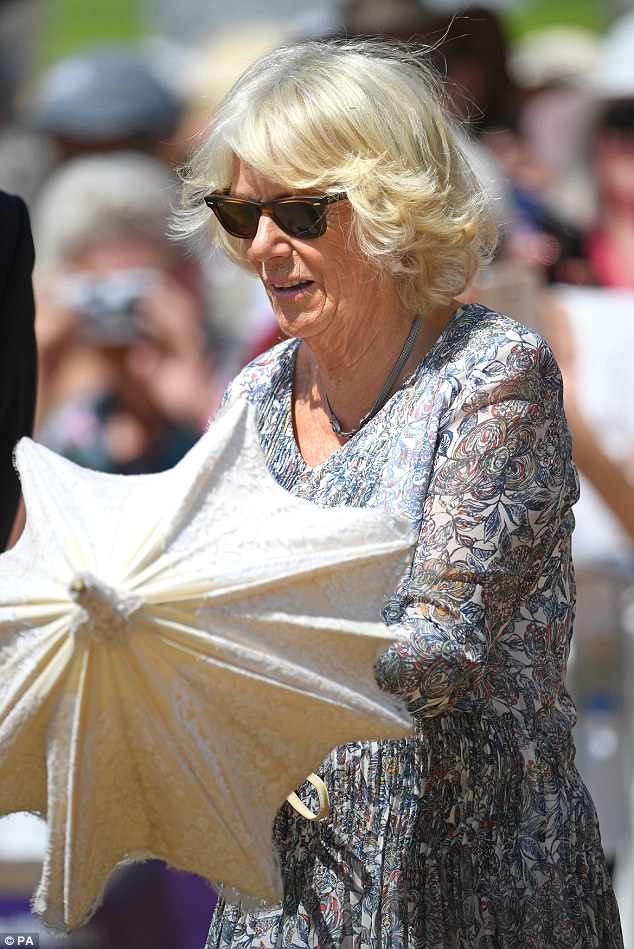 Camilla gets to grips with her parasol. During their visit today, the couple toured the Royal marquees, which house competitions in vegetables, fruit, flowers and floral art 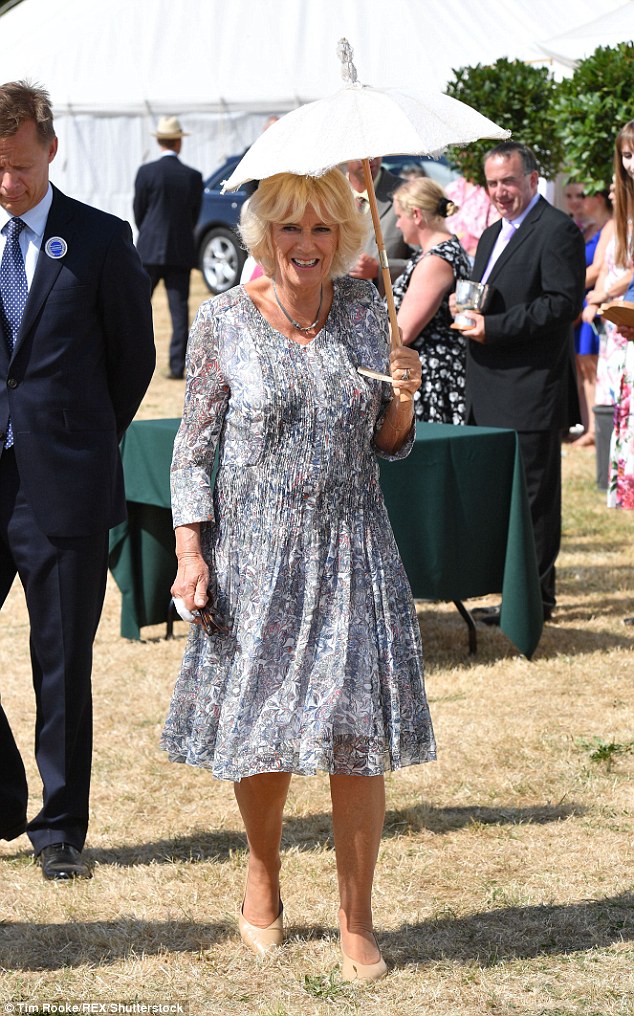 So much to see! Leading nurseries and horticultural specialists from around East Anglia will be exhibiting across 200 trade stands, according to the show’s official website

Charles met with a group of keen gardeners from his charity the Prince’s Trust and looked visibly moved when one of them, Samantha Kerr, 25, told him: ‘Thank you for everything you have done for us, you literally saved my life. I really mean that.’

Samatha, from nearby Watton, later explained that six years ago she had lost several family members in quick succession and was rock bottom with grief when she went a 12-week Princes Trust confidence and leadership programme that turned her life around.

The duchess also posed for a photograph with an adorable, smiling baby, five-month-old Sienna Mason, who was with her mother Renedell Mason, 36, from Norwich and grandmother Georgina Phillips.

She said afterwards: ‘What a wonderful memory for Sienna when she is older. Camilla was so charming and couldn’t have been nicer when we asked for a photograph. It an amazing day. ‘ 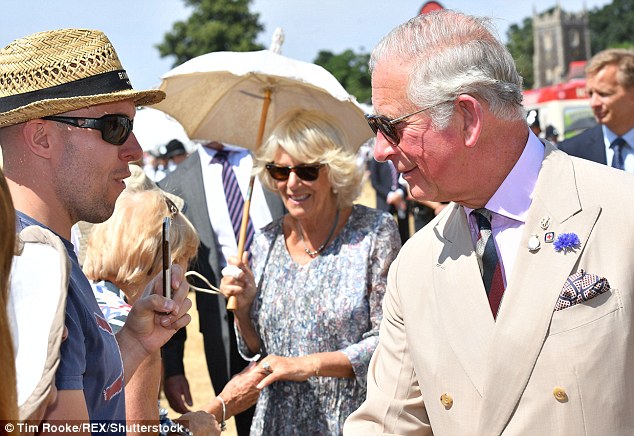 The couple chat to locals as they tour the show. Since 1977, the show committee has given around £760,000 to good causes, Clarence House said today 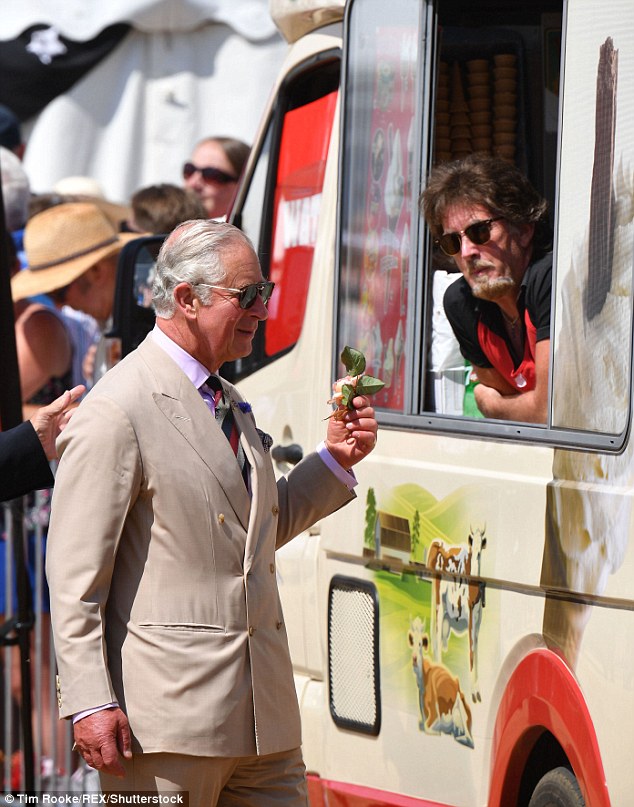 Charles looked tempted by the ice cream van. This year is the 137th installment of the popular event, and is expected to attract some 20,000 visitors throughout the day 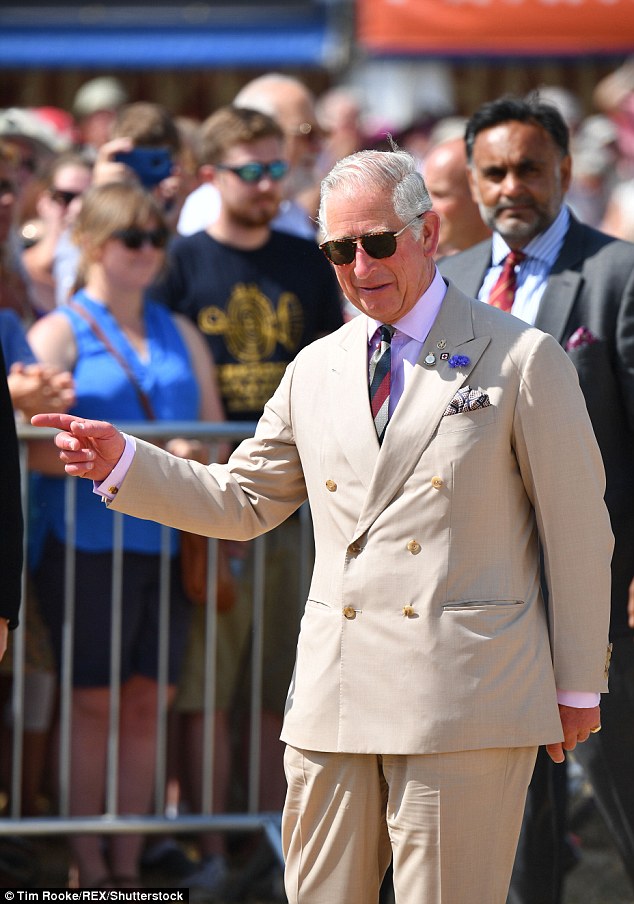 Close to his heart: Keen environmentalist Charles, who will celebrate his 70th birthday in November, has been patron Sandringham Estate Cottage Horticultural Society in 2002

There was brush with celebrity, too, as Camilla met Only Fools and Horses star John. Challis aka Boycie but was forced to cut their conversation short when she chokingly got dust from the parched earth in her throat.

‘How are you coping [with the heat]?’basked another well wisher.

The Sandringham Flower Show takes place in Sandringham Park with Sandringham House and Sandringham Church as a backdrop. The one-day show attracts around 20,000 visitors each year.

Many of East Anglia’s leading nurseries and horticultural specialists exhibit at the show.

The Royal marquees house competitions in vegetables, fruit, flowers and floral art, with the entries grown by local residents; there are also some open classes which anyone may enter.

The profits from each show are donated to local charities and since 1977 the Show Committee has given around £760,000 to good causes.

The couple departed as they had left – by carriage – with Camilla waving goodbye to both spectators and the media.

She normally departs for a ‘bucket and spade’ holiday with her grandchildren now, joining her husband Birkhall, his Scottish Estate, in a week or so time.