The Tuesday, May 24, episode of the NBC medical drama started off with a Category 4 hurricane suddenly changing course and heading straight for New York on their wedding weekend, and Helen (Freema Agyeman) isn’t even in the country yet. She’s still in England and Max (Ryan Eggold) is worried her flight will be delayed.

While the hospital keeps Max busy throughout the storm, he still finds time to repeatedly text Helen, who does not respond right away. The doctor hopes his fiancée is safe on her flight and finally gets a text from her that simply said, “Today has been … I have no words. Will call you ASAP.”

His tracking shows that her flight finally landed safely, so he goes ahead and makes new wedding plans. Their nuptials were all set for the botanical gardens, but Max says the venue isn’t an option after the mess the storm left behind. He decided to move the ceremony to the hospital rooftop. He leaves Helen a voicemail telling her that “this place has always been magic” since it’s where they met and fell in love. 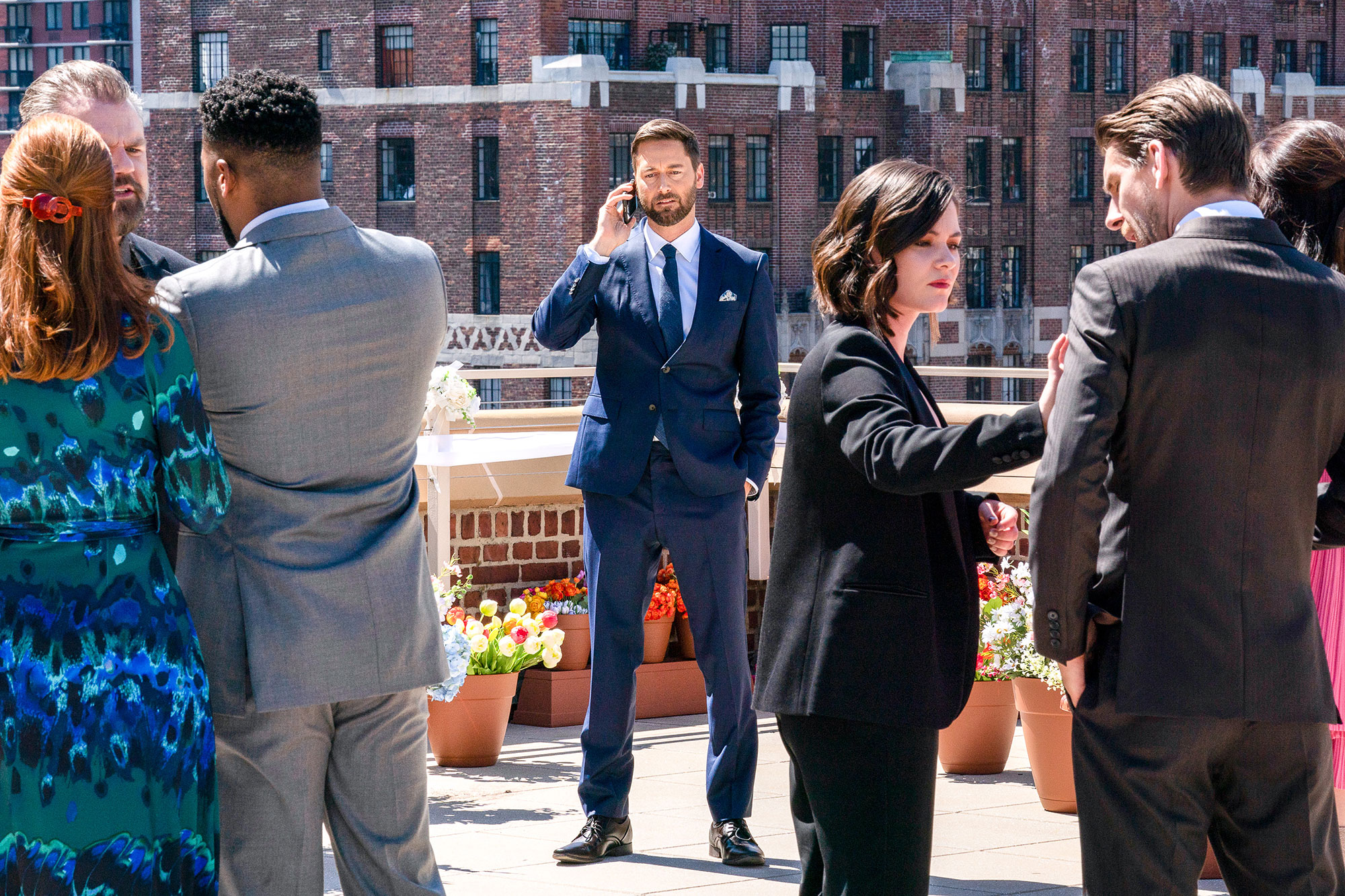 The doctor doesn’t seem concerned that he hasn’t heard from Helen since her text message. He is standing in his suit in front of their friends on the rooftop when he gets a call from Helen. She wasn’t on the flight.

“I can’t,” she tearfully told him from London.

Max is heartbroken. “She’s not coming,” the shocked groom said.

Fingers Crossed! TV Couples We Need to See Together in 2022

He wasn’t the only one whose head was spinning. Fans couldn’t believe that Helen would do this to Max, and they made their disappointment clear on Twitter after the New Amsterdam finale aired.

“It quite literally makes no sense that HELEN SHARPE would abandon max…? since SEASON ONE EPISODE ONE helen has come back to new amsterdam for max thats literally canon so ???? what the f–k ???” one Sharpwin shipper tweeted.

Another asked, “They made Helen show up for max every single time even when it came at the cost of her happiness but we’re supposed to believe she didn’t show on the most important day of their lives??”

Some believe there’s more to the story. “Rewatching this I know for a FACT Helen didn’t leave Max at the alter,” one viewer declared. “She’s clearly devastated and more importantly she’s in the same clothes from last night (earlier in the episode). Do I hate this? YES! But she would NEVER hurt him like this. Something really bad happened.”

While Eggold hasn’t directly spoken out about Helen and Max’s wedding shocker, the 37-year-old hinted that something big was coming when he exclusively spoke to Us Weekly last month.

“There’s a big change coming for Helen that affects their relationship,” he told Us in late April. “It’s a challenge that I won’t spoil, but I think it’s a surprise that’s coming that they have to navigate. It’s something really new to deal with.”

The good news is that the cliffhanger will be resolved. New Amsterdam has been renewed for a fifth and final season, which is expected to start in the fall on NBC.