Royally funny! Comedian sums up season four of The Crown in just 30 seconds with brutal imitations of each character – from whiny Charles to the ‘ever so unhappy’ Diana

More than a week after series four of the Crown hit our screens, a comedian has left Twitter in stitches with a hilarious spoof of the show.

Kieran Hodgson, from Yorkshire, wowed fans of the Netflix drama with his impeccable imitations of the main cast, from Olivia Colman’s Queen Elizabeth II to Gillian Anderson’s Margaret Thatcher.

In a video which has now gone viral on Twitter, he presented a spoof recap of the show, summarising the main traits of Princess Margaret and the Prince of Wales and other key members of the Royal Family and cast.

Prince Charles, played by Josh O’Connor in the Netflix drama, is rather brutally mocked, while Princess Diana is described throughout as ‘ever so unhappy’.

Fans applauded Kieran’s comedic timing, with some going so far as to say he should be nominated for a BAFTA or Academy Award. 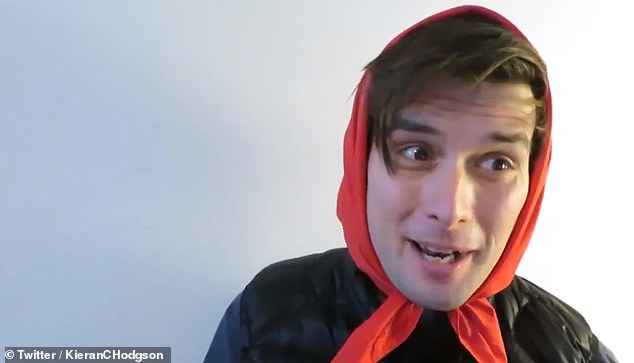 Fans of the comedian, including historian Simon Schama who ‘hocked on his porridge’, loved the hysterical video

‘A little treat for fans of #TheCrown ! Bad TV Impressions: The Crown Season 4,’ the comedian wrote on Twitter.

In the video, Kieran expertly changed his expressions to match those of the characters he was portraying.

He also made some outfit switches to remind the viewers of who was who, like wearing a scarf while portraying the Queen.

The video started with a particularly whiny Charles saying: ‘What am I going to do in this series, Mummy? I’ve already learned Welsh, there’s nowhere else for me to go.’ 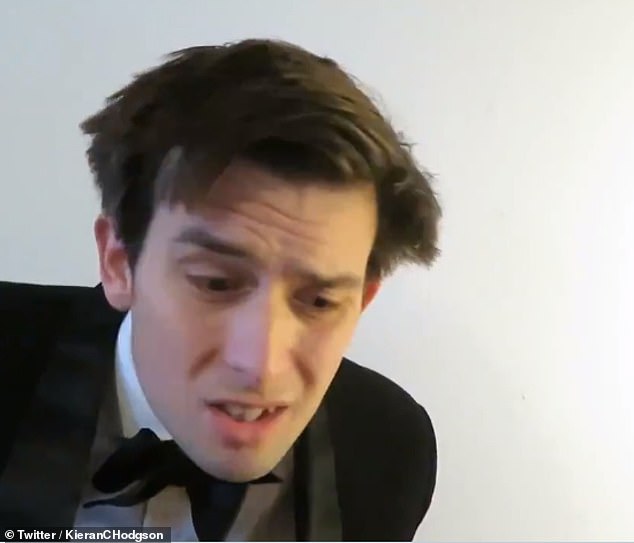 In his brutal portrayal of Prince Charles, pictured, a whiny Kieran kept repeating how much he disliked Diana and wished she were Camilla Parker-Bowles 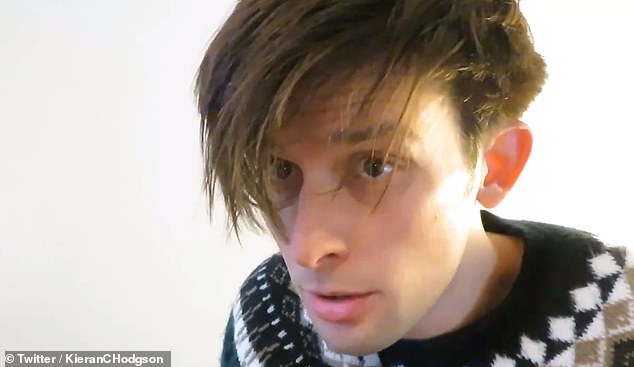 As Diana, pictured, the comedian kept repeating how nicely he was dressed and saying ‘but I’m ever so unhappy’

The camera then jumped to Kieran with a scarf over his head, portraying the Queen, who replied: ‘Oh dear’ – which became her catchphrase throughout the short clip.

Lord Mountbatten, who dies in the first episode of the new series, was also imitated by the comedian as saying: ‘Dear Charles, for God’s sake, pull yourself together and marry Princess Diana already.

‘This programme cannot survive another series of Anne showjumping,’ he added, referencing the focus on Anne’s career as an Olympic equestrian in series three, which is referenced in series four.

Speaking as the politician, the comedian said she didn’t like to ‘shoot animals’ but she ‘liked shooting Argentines,’ – a reference to the Falklands War which featured in the fourth season. 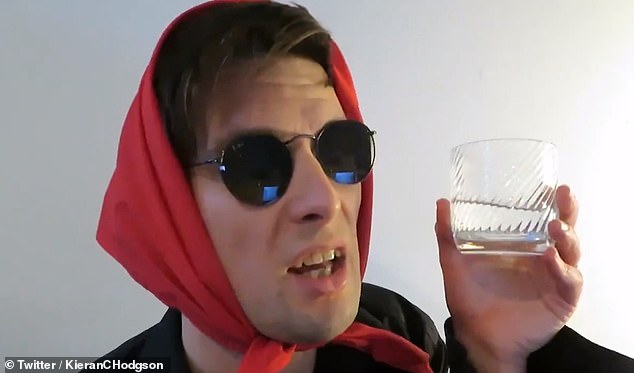 Kieran armed himself with a pair of shades, a scarf and a glass to best portray Princess Margaret 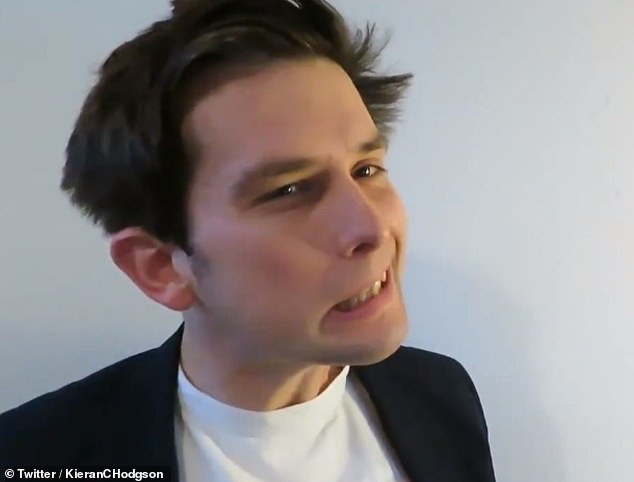 Then, cocking his head to the side to adopt the recognisable pose of Diana, the comedian said: ‘I’m terribly sorry I’m dressed as a tree. Should we get unhappily married?’

To which his Charles replied: ‘I don’t want to marry you, I hate you. Yes.’

Later, Charles could also be seen complaining to Camilla Parker-Bowles that Diana was ‘uncouth’ and that he wished she was ‘as sophisticated’ as his lover and would tell jokes about people having sex with bears – as Charles ans Camilla are shown to do in the Netflix drama.

Other peripheral members of the cast received a mention, such as Camilla Parker-Bowles calling Charles ‘Fred’ and Princess Margaret – wearing her trademark sunglasses and sipping on a glass of spirit – saying she’d decided to ‘become a priest or something’.

This was a hint at the episode ‘The Hereditary Principle’ where Princess Margaret discovers what happened to her cousin Nerissa and Katherine Bowes-Lion, who were kept in a mental institution and declared dead because of a genetic disorder.

‘Your Majesty, you t***,’  the comedian said as Fagan, before replying as the Queen: ‘This is the most moving invented conversation I’ve ever had.’

The video gave a snappy recap of the main storylines of The Crown series four in hilarious fashion, which was not lost on Twitter, where it quickly went viral.

‘I love the Queen’s “Oh dear”. She really should be solving murders with Miss Marple,’ said another fan.

‘How do I nominate someone for a Bafta,’ one asked, while another touted Kieran for an Academy Award.

‘That is absolutely fantastic! Bravo,’ praised another.