It is 55 years since Fitzroy Football Club left Brunswick St Oval for what was supposed to be one season and became wandering minstrels until their sad demise as an AFL club in 1996.

In 1986 the Fitzroy Cricket Club, once home to Test star Neil Harvey and his five brothers, moved along the eastern growth corridor to Doncaster and a proud sporting suburb seemed to have been abandoned. 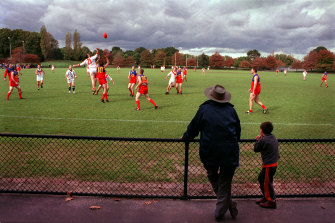 Brunswick Street Oval in Fitzroy North has been home to sports teams for decades.Credit:Fairfax

Migrant families, students, artists and musos now occupied the terrace houses around Brunswick St Oval. The neighbourhood benefited in many ways but the oval that once rang out with raucous cheers fell silent and into disrepair.

And yet, against all expectation, an incredible rejuvenation has taken place at the picturesque old ground and other nearby venues as the demographic in Melbourne’s inner north slowly changed.

Some of us who had left our student squats for bigger family blocks moved back into the neighbourhood, renovated, bred and filled local schools to overflowing. Urban renewal provided more housing and a new wave of immigrants arrived.

Consequently an enormous, joyous sporting community has been created – or, at Brunswick St Oval, recreated – thanks almost entirely to the hard work of local sports clubs and their volunteers. 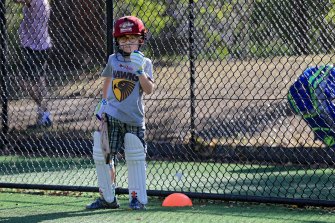 Fitzroy Football Club, operating under the licence of the original VFL/AFL club, merged with amateur club University Reds and now fields a team in the VAFA’s Premier B competition playing at Brunswick St Oval.

Remarkably, Fitzroy Junior Football Club and Edinburgh Cricket Club are now among the largest of their types in Victoria and riding the wave of increased female participation. Two years ago Edinburgh CC was named Cricket Australia’s Community Club of the Year largely due to its community engagement.

In a suburb that consciously and rightfully celebrates diversity and individual expression, sport has proven a powerful binding force as the inner north negotiates its continuing evolution.

It is not that North Fitzroy has lost its hipster charm by embracing sport. Rather sport has embraced its surroundings. Academics and musicians who had never kicked a ball or bowled an over become team managers and coaches for their children’s teams. As a result, community sport is providing people who would otherwise share nothing but a postcode with a common meeting ground. 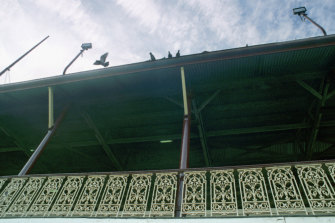 The historic grandstand at the oval.Credit:Chris Beck

So it was with a sense of shock and bewilderment that local sporting clubs received emails from Yarra Council late on Friday informing them they were to be hit with massive ground hire fees that could endanger their existence.

Proposed increases of more than 300 per cent mean that Fitzroy Football Club, which had paid $6576.48 for ground and pavilion use, would now have to pay $31,500 per season. Edinburgh Cricket Club would have its fees hiked from $31,000 to $100,000 before any discounts for meeting inclusiveness targets or conducting community programs were applied.

Facing similar increases, Fitzroy Junior Football club estimates it would have to raise playing fees by $150 per player to cover costs. 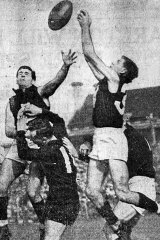 Yet for years it had been assumed the community and health benefits of our local clubs and their successful efforts to increase participation across all sections of society more than justified affordable rental rates for grounds. Discounts had been granted according to how many inclusion and diversity boxes we ticked and we ticked them all.

Significantly, it was our volunteers who facilitated the incredible surge in female participation, ran the programs for African immigrants at the Atherton Garden housing estate, worked with LGBTIQ groups and took sport to local schools where the physical education curriculum has dwindled.

Clubs were not briefed by the Greens-dominated Yarra Council about the proposed increases ahead of Friday evening’s announcement. We had only a few days to put together objections before last night’s vote and we have no clear understanding why our clubs are in the crosshairs.

Anecdotally, it seems some harbour the misguided perception that organised sport is exclusive, elitist and male-dominated despite our Trojan efforts to create clubs that reflect the make-up and expectations of our community.

Perhaps there is some belief that clubs that run on shoestring, barely-break-even-budgets thanks to the fundraising efforts of volunteers are cash cows due to growth in participation; misguided given that, even in a relatively prosperous area, sponsorship from local businesses has dwindled because of the pandemic.

Last summer kids emerged from lockdown and returned to Brunswick St Oval to play joyous cricket games in front of the beautiful heritage-listed grandstand. Soon the Roys and the Fitzroy Juniors will be back playing their first games since 2019 and the cheers will again ring out across the Edinburgh Gardens.

How sad if the historic ground is again abandoned by clubs unable to raise sufficient revenue to pay the new fees and the vast benefits sport can bring to every community are lost.