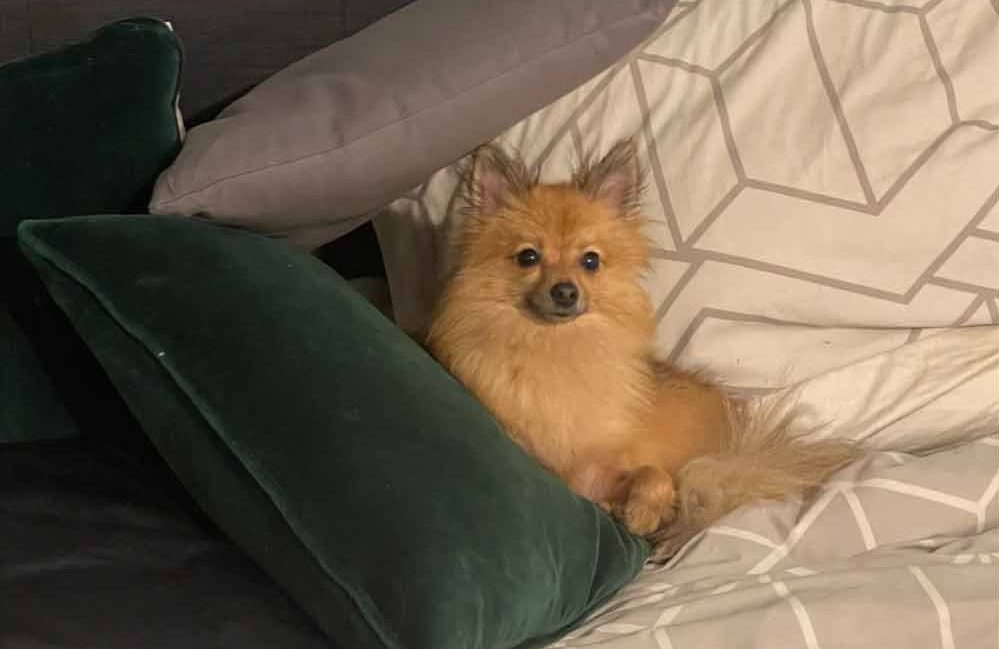 Dogs are family, something office manager Meghan Savage, 29, knows only too well.

When her two-year-old pomeranian, Aurora, ran away on a walk, she was completely devastated – which only intensified as the days without her dragged on.

However, Meghan and her family weren’t ready to accept Aurora was lost, using various clever techniques to get her back home.

After 10 days, the beloved pup was thankfully back with her owners and – despite being shaken by her jaunt in the wild – is safe and cared-for.

Office manager Meghan got a call from her brother on September 23 while he was taking Aurora for a walk. Spooked by another dog, the tiny pom had slipped her lead.

Determined to get her back, Meghan and her husband, Mark, 29, an occupational health advisor, even camped out in a tent for two nights in the hope she would walk by.

The things that got Aurora back, though, were the couple’s Ring doorbell and some salmon.

Meghan of Cumnock, East Ayrshire, said: ‘She had sprinted for at least a mile into the countryside and he didn’t know where she was.’

Mark joined his wife in looking for Aurora in the local field where she was last spotting, with the pair staying until midnight calling for the dog.

‘We went home and the next morning set off searching again,’ says Meghan.

‘I couldn’t bear to go home that night, so we camped out in the field.’

‘It was too cold to sleep outside, but I couldn’t leave the area. I’ve never tried so hard to find something in my life.’

Throughout the week, the elusive Pomeranian was spotted several times around the area, but no one who saw her could catch her.

Meghan said: ‘Part of me was frightened that someone would see her and instead of handing her in, they’d steal her. It was always at the back of my mind.’

Up to 20 neighbours and friends came to help locate Aurora. At one point they feared the worst when a pile of bones were found, but a vet identified them as rabbit bones.

‘After that, with the different sightings, we realised that Aurora was racing between three different fields, so we decided to lay a trap in the area she had been spotted the most,’ continued Meghan.

Setting up a large cage in the corner of the field, inside the trap, Meghan left salmon by a metal rod which, when stepped on, would trigger the door to shut.

She said: ‘I cut up my clothes and lay them around the area, so she could smell me. I barely have any clothes left because I just cut up everything I could get my hands on.’

The Ring doorbell was set up in the field to alert Meghan when it detected movement, and she and Mark were on tenterhooks hoping Aurora might appear.

Meghan said: ‘It was agony. Every few hours, my phone would flash up with a notification from the camera, but I’d look and it would just be a walker strolling past.

‘The next day, I had just stepped out of the shower when I noticed I had another video message to look at. I didn’t get my hopes up, but when I clicked on the video, my heart leapt to see my little fluffball sniffing around the cage.

‘She walked into it and there was a solid 10 seconds where I was just praying that she would trigger the trap. When the cage door finally shut, I sprang into action.

‘When we got there, Aurora was whimpering in the cage, her feet were all bloody from being out in the wilderness for 10 days.’

She’d lost half a kilo in weight (a lot for a dog of her size at three kilos) and still howls at night, which Meghan chalks up to being ‘shell-shocked’.

However, she’s slowly settling back in with her four-legged family, the couple’s Yorkshire terriers, 10-year-old Coco and four-year-old Belle.

Meghan’s delighted their makeshift trap worked, saying: ‘We’re wrapping her up with lots of love and cuddles. We now refer to her as Aurora the Explorer, after the cartoon character Dora, because she’s our little adventurer.

‘We’re just going to make sure she doesn’t find herself on any other expeditions.’ 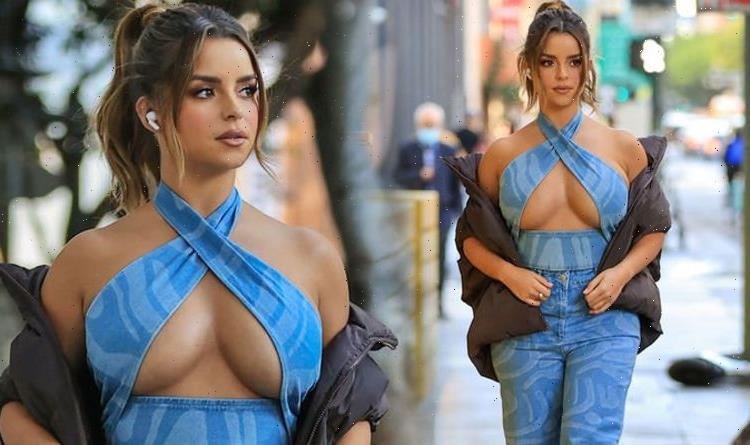