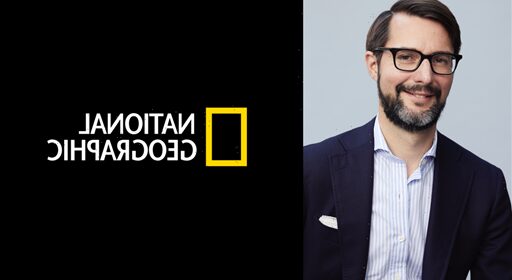 National Geographic Media, majority owned by Disney, has hired a new editor in chief: Nathan Lump, a journalism veteran most recently with Expedia, who will oversee NatGeo’s editorial operations worldwide.

Lump joins NatGeo from Expedia Group, where he was VP and global head of editorial and entertainment. He has more than 25 years of experience, including serving in senior roles at publications including Travel + Leisure, Condé Nast Traveler, and the New York Times, where he led the style magazine’s quarterly travel edition.

In the role, Lump will manage the content strategy of the National Geographic editorial team of more than 130 staffers. His priority will be to focus on “the magazine’s core DNA,” according to NatGeo, and will also work to extend NatGeo Media’s “storytelling across The Walt Disney Company and its customers.”

According to NatGeo, Lump and his husband will relocate from Seattle to Washington, D.C., in the coming months.

Lump’s “tremendous wealth of experience in leading global editorial organizations, his deep understanding for what makes a story best in class, data-driven approach to addressing consumer needs and commitment to journalistic integrity make him the ideal candidate,” Miller said in announcing the hire.

In a statement provided by NatGeo, Lump said, “As a kid growing up in a small town in the Midwest, National Geographic was my most essential read. It was a window onto the world for me that sparked my curiosity and encouraged me to get out and make my own explorations, which fundamentally changed my life. I’m humbled to have this incredible opportunity to be a part of the great role Nat Geo plays in inspiring the next generation of scientists and explorers and all those who want to better understand the world — and I hope to continue to strengthen that role through the work that we will do together.”

At Expedia, which he joined in October 2019, Lump led a newly created division to develop content to drive customer loyalty for the travel-booking site. His career has spanned stints at ad agencies including Hill Holliday and Wunderman Thompson (formerly J. Walter Thompson Worldwide).

Lump holds a bachelor’s degree in folklore and mythology from Harvard University.