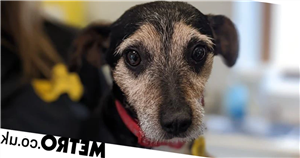 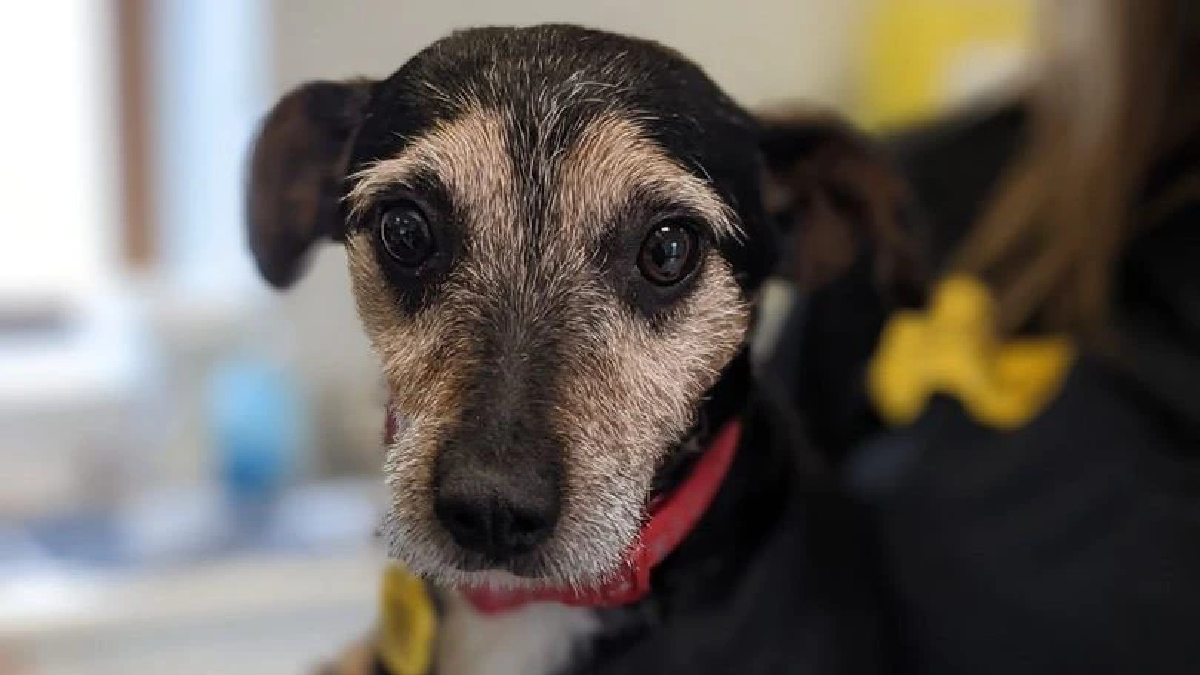 Little Petal was rescued by Dogs Trust after being cruelly stuffed into a black bin bag and thrown over a bridge.

‘Petal is one of those horror stories,’ says Richard Moore, manager of the re-homing centre in Harefield.

The canine was immediately placed in foster care with canine carers who provided her with all the love and patience she deserved.

Steven and Valerie Macdougall, who took Petal in last winter, say they immediately fell in love with her.

The couple had just lost their cocker spaniel Ollie, so went to see Petal as soon as they heard about her awful background – and it was love at first sight.

Steven, who has been a canine carer for seven years, says: ‘I’ve never seen a dog so traumatised. I had this overwhelming feeling that she was meant to come home with me, almost like Ollie stepped aside to make space for her.

‘She’s absolutely tiny – the size of a cat – but is actually about seven or eight years old.’

The pair decided to adopt Petal and give her the happy ending she deserved.

But Steve adds that it took a while for Petal to be confident around humans.

Instead she preferred the company of dogs – something which prompted the couple to adopt another animal in need.

Steven says: ‘We’ve seen such a lot of improvement, but it was extremely slow going until recently. She would only play when we weren’t in the room – we set up hidden cameras to watch her.

‘She had shown us that she really liked to be around other dogs – much more than people – so after a long time waiting for the right match, we fostered another Dogs Trust dog, Penny.’

Now Petal and Penny are inseparable – and with her new friend’s help, the tiny rescued pooch is quickly gaining confidence.

‘It’s awful to imagine what she must have gone through. Seeing her as she is now, playing with Penny – it’s the happy ever after I was hoping for,’ Steven adds.