Dog's tail bitten off after alligator attacks it during walk

An alligator dragged a dog into a body of water while the canine was out for a walk with its owner. The swift attack occurred before the owner could react. Fortunately, the dog’s owner wasn’t willing to let his beloved pet go. 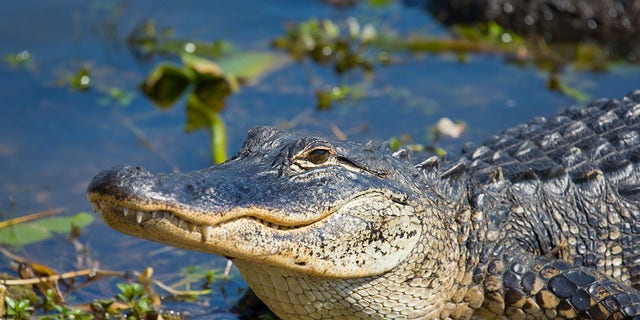 Bruce Savage took his dog Hanna out for her regular morning walk on Wednesday in Mt. Pleasant, North Carolina.
(iStock)

Bruce Savage took his dog Hanna out for her regular morning walk on Wednesday in Mt. Pleasant, North Carolina, KY3 reports. During the trip, the duo walked past a pond that is known to have alligators in it.

According to Savage, Hanna suddenly disappeared.

Savage told the news outlet, “Literally, my whole system shut down. My ears shut down. I couldn’t hear anything, except for myself screaming my dog’s name. I was in the wrong place at the wrong time.”

A gator had grabbed Hanna from behind and dragged the dog into the water. Savage jumped into action and pulled the dog from the gator’s mouth. While he wasn’t injured, Hanna’s tail was bitten off.

Savage described his neighborhood as being “very safe.”

Savage reportedly contacted animal control about the gator, but officials were unable to locate the predatory animal.

“I just don’t think it’s smart to walk along there, and I don’t think Hanna will ever go near the water again,” Savage said. “You have to have a healthy respect for wildlife. Some wildlife is more dangerous than others.”