Doncaster council explains why you should stay home during lock down

Doncaster council has received praise online after using an informative story to help educate people about the importance of staying at home amid the coronavirus pandemic.

The council took to Twitter to inform their followers about Stanislav Petrov – a Russian man who ‘saved the world by doing nothing’ in 1983.

In a series of posts, they explained that the ‘hero’ was a lieutenant colonel in the Soviet military during the Cold War, and that part of his duty was to watch out for nuclear attacks from the Americans and to retaliate if they did.

In 1983, Stanislav received news that five nuclear missiles had been launched from the UK, but he found it suspicious, and decided to wait it out, staying calm and collected in the meantime.

By not panicking and launching nuclear missiles of his own, Stanislav avoided a nuclear holocaust and ‘saved the world,’ the council said, before advising people could also be heroes by doing nothing and staying indoors to prevent the spread of the virus. 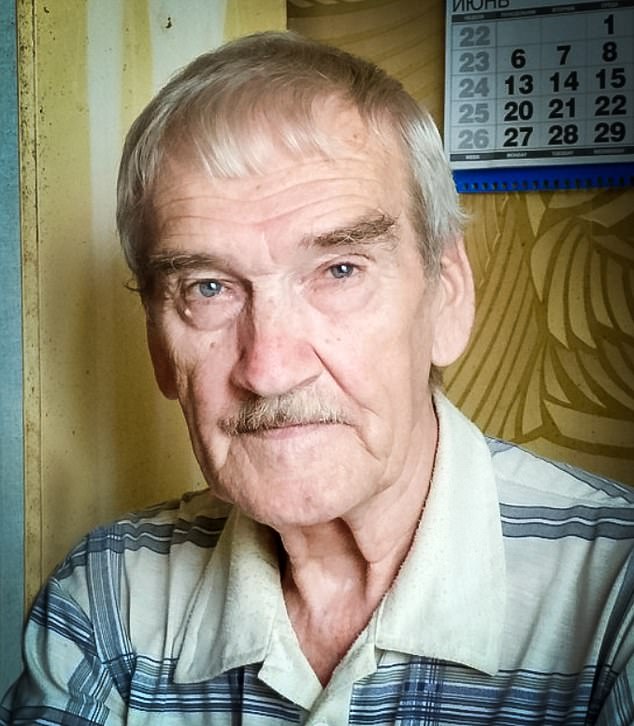 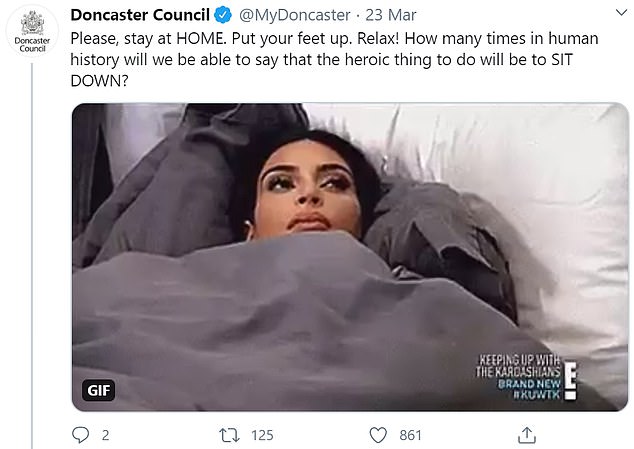 The thread started by explaining who Stanislav was, before urging people to be more like him and to ‘stay at home’ (pictured)

It comes after the UK entered lock down as the number of coronavirus cases reached 6,650 and killed 335.

Doncaster Council started their informative thread by sharing a picture of Stanislav, alongside a caption which read: ‘This man’s name was Stanislav Petrov. Stanislav was a hero, and if you want to – you can be just like him. Let us explain.’

‘Stanislav was Russian, and was a lieutenant colonel in the Soviet military. That’s not how you could be just like him, though. Bear with us.’

The thread continued: ‘In 1983, Stanislav was the commanding officer of a Soviet nuclear early warning site. Basically, his job was to wait for the Americans to launch a nuclear weapon, and launch one back if they do.’ 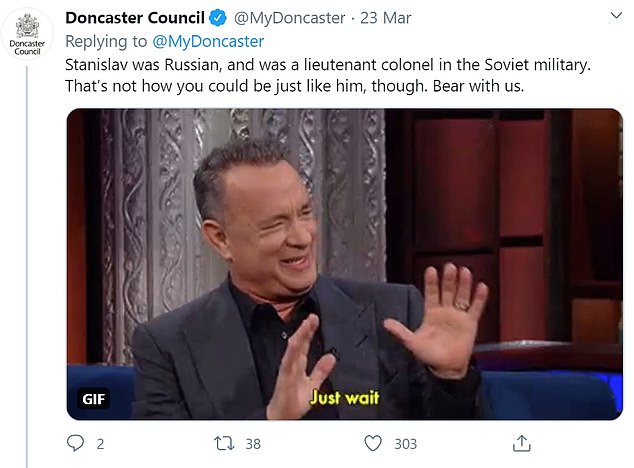 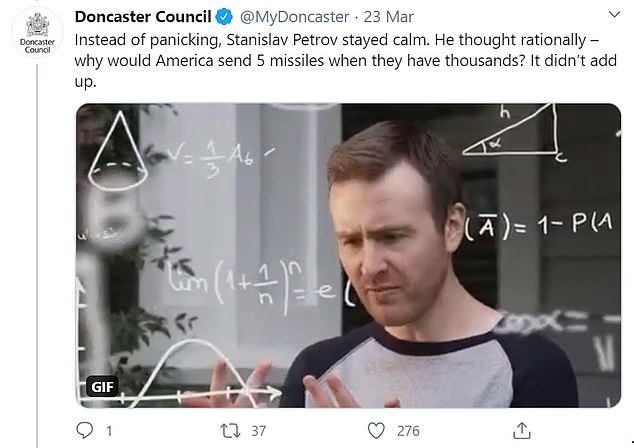 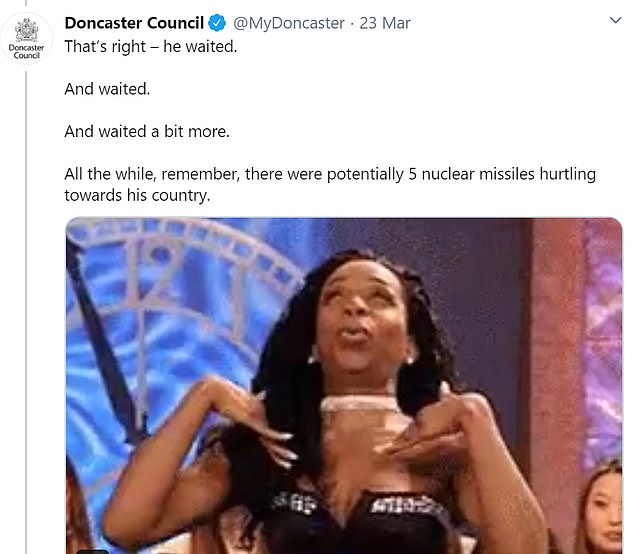 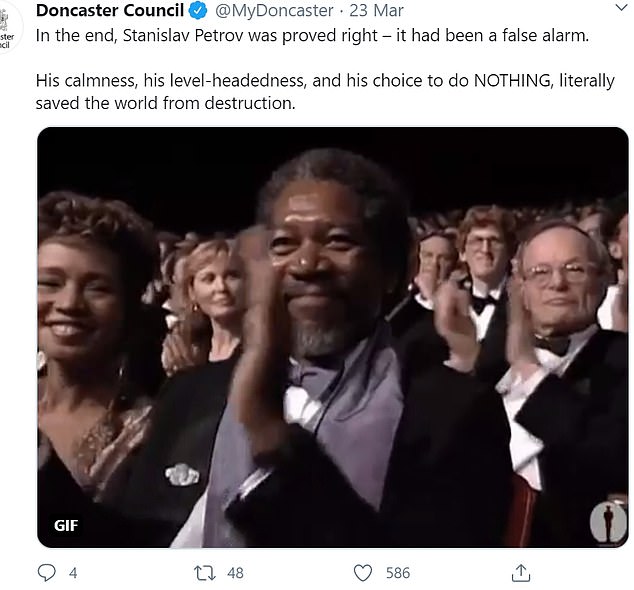 ‘On 26th September 1983, the unthinkable happened. It seemed that America had launched bombs. Stanislav watched in disbelief as it came up on the monitoring software that 5 nuclear missiles were on their way.

The thread then went on to explain what exactly made Stanislav a hero.

‘Instead of panicking, Stanislav Petrov stayed calm. He thought rationally – why would America send 5 missiles when they have thousands? It didn’t add up. So…instead of springing in to action, Stanislav did…Nothing.

‘In the end, Stanislav Petrov was proved right – it had been a false alarm. His calmness, his level-headedness, and his choice to do NOTHING, literally saved the world from destruction.’

The council explained their residents should follow Stanislav’s example and remain calm during the coronavirus pandemic. 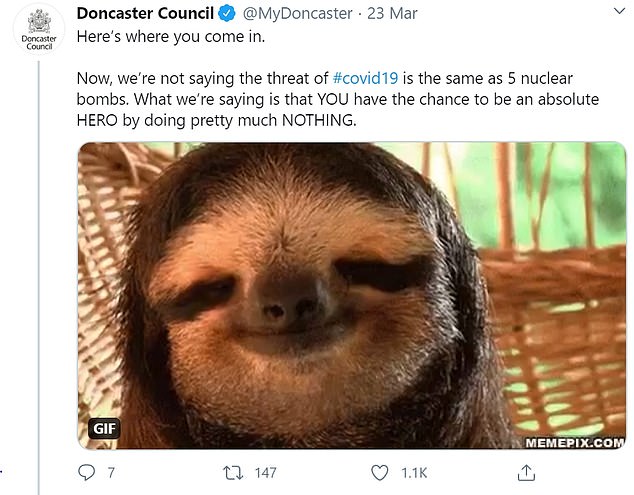 ‘Here’s where you come in. Now, we’re not saying the threat of #covid19 is the same as 5 nuclear bombs. What we’re saying is that YOU have the chance to be an absolute HERO by doing pretty much NOTHING,’ they wrote.

Who was Stanislav Petrov?

In the early 1980s, he was a lieutenant colonel of the Soviet Air Defence Forces.

At the time, the Soviet instructions were that if the US were to send nuclear missiles, the USSR should retaliate immediately.

On 26 September 1983, Stanislav was the officer on duty when it was announced the US had fired one missile, who was followed by up to five others.

Suspicious of the report, Stanislav decided to wait and broke protocol by not retaliating immediately.

In the end, it turned out to be a false alarm, and Stanislav was right to wait it out.

However, he was not rewarded for his action because the false alarm had embarrassed his superiors.

‘Please, stay at HOME. Put your feet up. Relax! How many times in human history will we be able to say that the heroic thing to do will be to SIT DOWN,’ they advised.

‘Stanislav Petrov is known as “The Man Who Saved the World by Doing Nothing.” In the coming weeks, use him as your inspiration.’

The post quickly gathered over 7, 200 likes and 4, 100 retweets, with hundreds taking to the comments section to praise the inspirational story.

‘Whoever came up with this thread and this analogy deserves a pay rise, frankly,’ wrote one, while a second penned: ‘You guys absolutely rock at social media comms. Just brilliant.’

A third praised: ‘Well done Doncaster Council,’ while a fourth commended: ‘This is superb.’

Britain’s 66million people are today beginning a new life in coronavirus lockdown after Boris Johnson ordered the immediate closure of all non-essential shops and threatened people with fines or even arrest if they do not ‘stay at home’.

The Prime Minister’s shutdown will last for a minimum of three weeks and the UK’s new state of emergency is unprecedented in modern history.

Gatherings of more than two people will be banned in the most dramatic curbs on freedom ever seen in Britain in time of peace or war, as the government goes all out to stop the spread of the killer disease, which has claimed 335 lives. 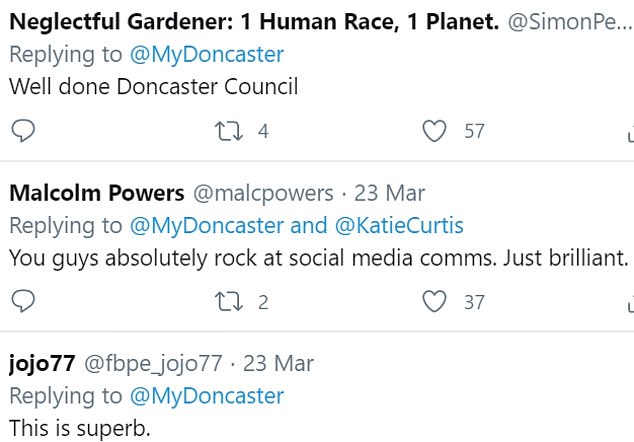 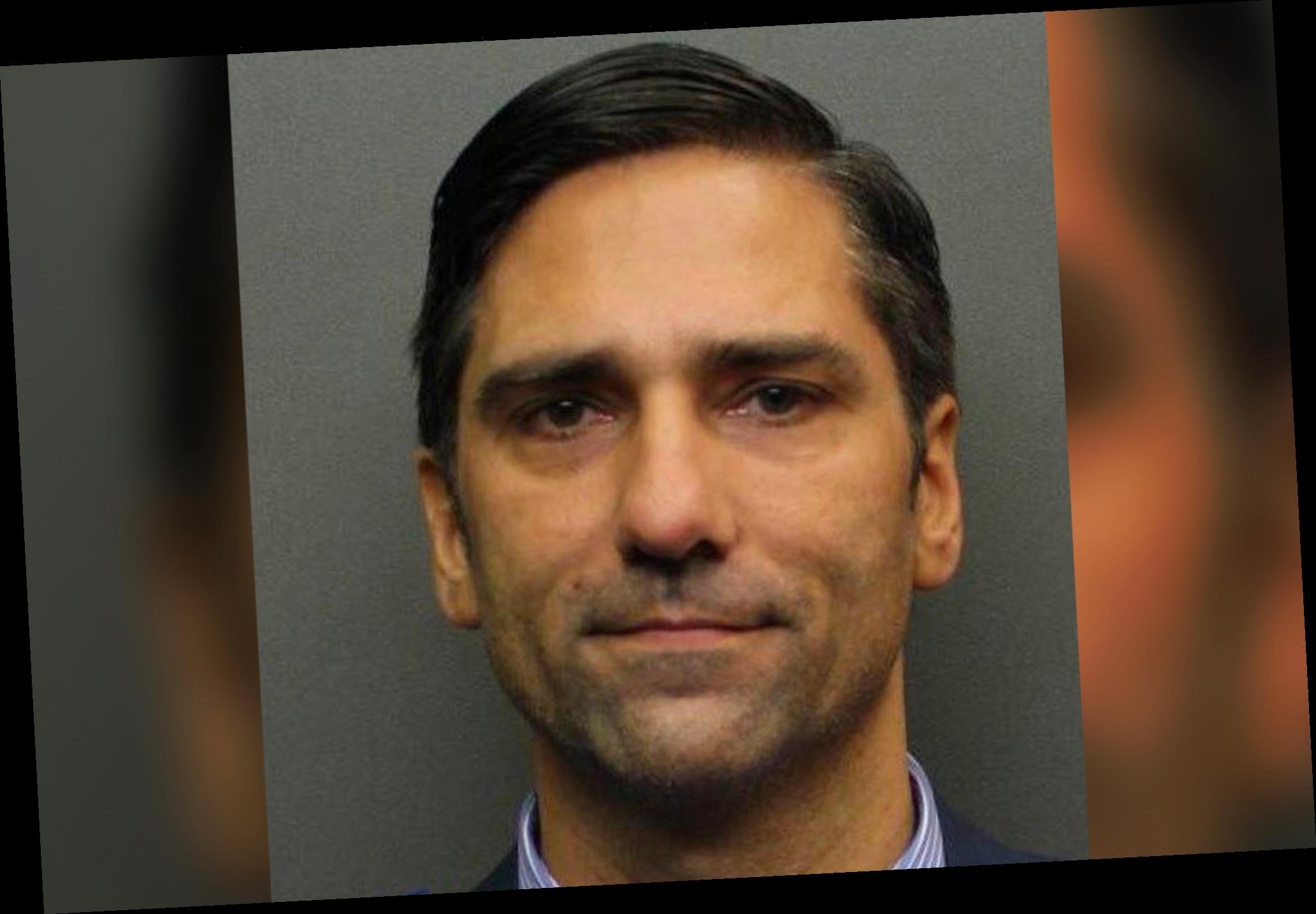 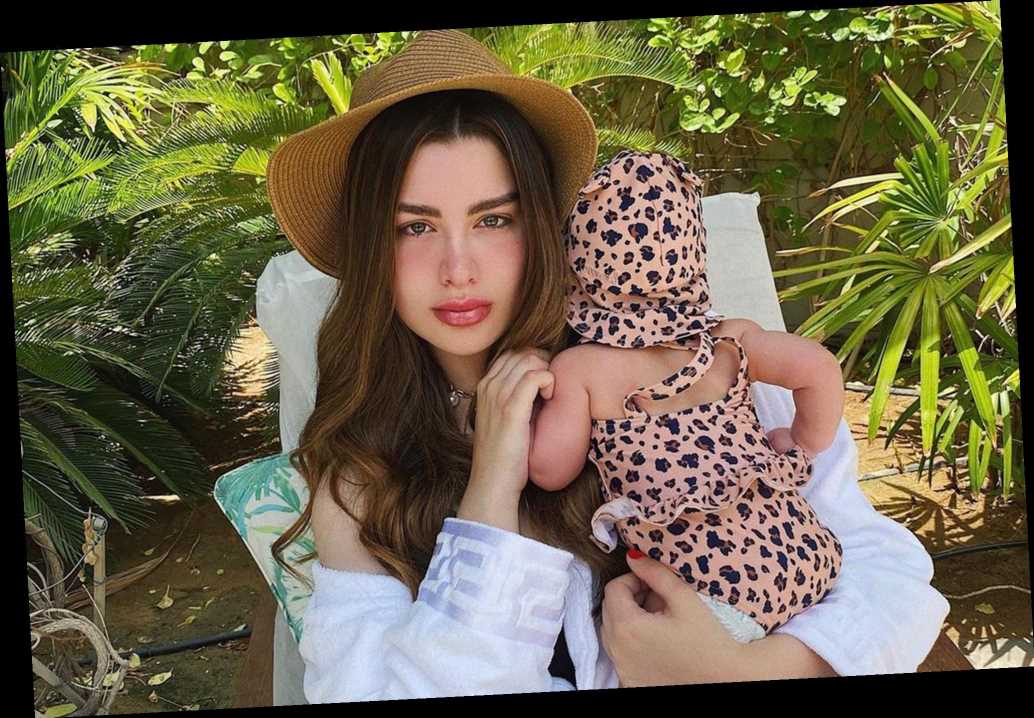 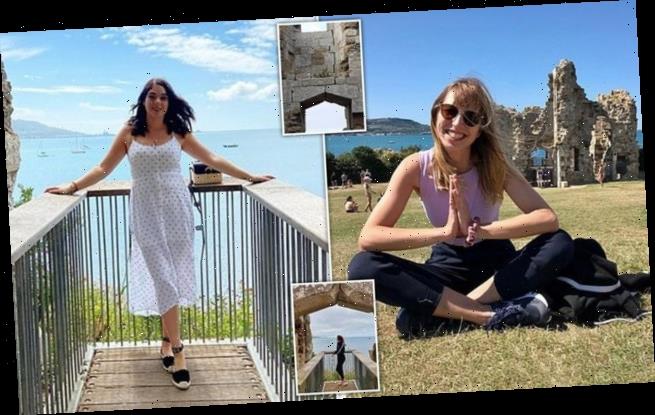