The 'Downton Abbey' Movie Is Officially Happening—​With the Original Cast 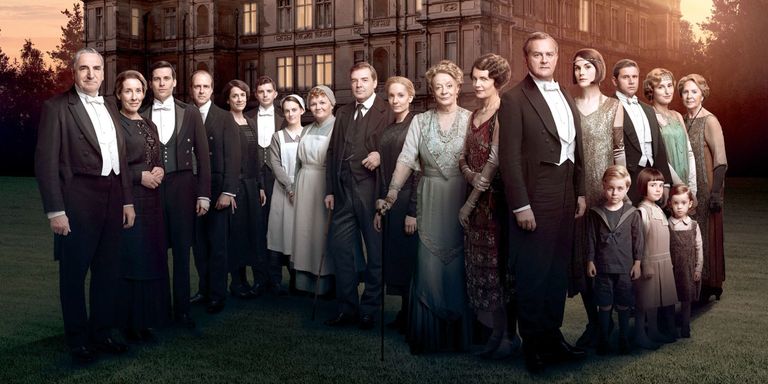 Downton Abbey lovers rejoice: your favorite show is officially coming back as a feature film.

Focus Features announced today that the Downton Abbey movie is a go, and the original cast (which includes Hugh Bonneville, Maggie Smith, Laura Carmichael, Jim Carter, Michelle Dockery, and more) and is all set to return. The show’s creator, Julian Fellowes, will write the screenplay for the film. Brian Percival, who directed the show’s pilot episode, is set to direct.

The hit period drama ended on TV in 2016 after a six-season run. Two years later, production on the film installment will begin later this summer, according to a press release. There is no premiere date attached to the project just yet.

“When the television series drew to a close it was our dream to bring the millions of global fans a movie and now, after getting many stars aligned, we are shortly to go into production,” Gareth Neame, the show’s producer and Carnival Films’s executive chairman, said in a statement.

“Julian’s script charms, thrills and entertains and in Brian Percival’s hands we aim to deliver everything that one would hope for as Downton comes to the big screen,” he added.

Downton Abbey follows the Crawley family and the servants attending to them in their massive estate in the early 1900s England. The series is the most-nominated non-U.S. television show in the history of the Emmys, and even has a Guinness World Record for the highest critically rated TV show ever, according to a statement.

In case you just can’t get enough Downton, the immersive experience Downton Abbey: The Exhibition is open in New York City until September 3. The exhibition gives fans a look into the Crawleys’ family home, over 50 authentic costumes and props used on the show, and interactive displays and activities.