“People just need to cut her a bit of slack.”

Peta Murgatroyd, who’s been a mainstay on “Dancing With The Stars” for nearly a decade, opened up about how the past season brought “new life” to the competition.

While speaking with TooFab, Murgatroyd candidly shared how she felt about Tyra Banks’ first season as the show’s new host and said, “I think she did a super job. I think she was incredibly kind.”

Peta went on to explain that behind the scenes Tyra was not only kind but attentive to everyone on set. 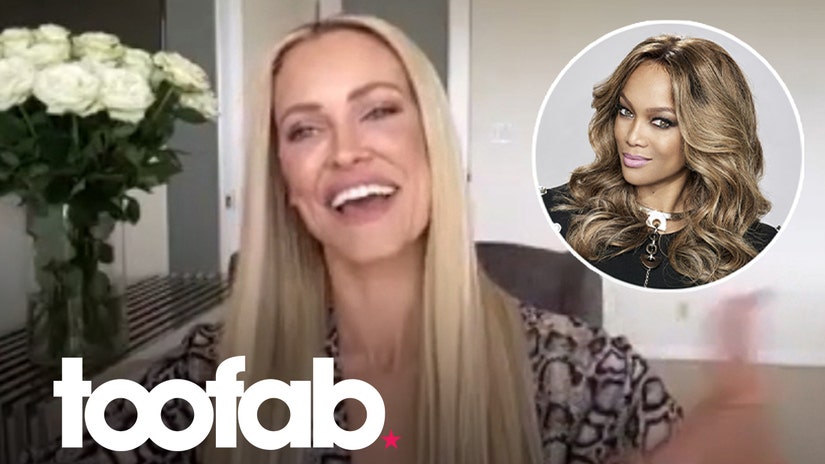 Continuing to gush over Banks she said, “She was just like a really nice woman. And I don’t know if people know that. I think she also did a great job at the show. It was her first time too, and you know, people just need to cut her a bit of slack.”

“DWTS” announced in July of 2020 that longtime hosts Tom Bergeron and Erin Andrews were leaving the show, and the former “America’s Next Top Model” host would come in as a replacement, garnering mixed reviews from some fans.

However, Peta thinks Tyra is “here to stay.”

“I think she’s gonna stay. Yeah, I really do. I think she did give the show new life. I think she revamped the show in a way that it hasn’t been before,” Peta confessed. “I mean we love Tom Bergeron. We love Erin Andrews and we were very very sad to see them go, but I think she’s here to stay.”

Also, Banks recently made headlines when she said she’d love to have former NFL star Colin Kaepernick join the show.

Murgatroyd said, “That would be awesome. As you know, we’ve had dozens of football players come on the show and they do really really well.”

“I think he’s a controversial guy,” The professional dancer added, “and I love that and he’s always in the headlines and I think the show would really really thrive with somebody like that.”