Edward Enninful has revealed how he’s ‘honoured’ to be promoted to Vogue’s European editorial director.

The 48-year-old, from London, has taken to Instagram to share a statement which read: ‘Edward Enninful has been promoted to European editorial director of all of our owned and operated European editions of Vogue, which includes the UK, France, Italy, Germany and Spain.’

‘Edward has been responsible of the resurgence of British Vogue and a big part of the success of our business in the UK.’

Alongside the post, Edward, who became the first black male editor of the title when he replaced Alexandra Shulman, 62, three years ago, penned: ‘I am so honoured to take on this new role in addition to my duties at British Vogue.’

And it wasn’t long before the post was inundated with praise from a whole host of famous faces. 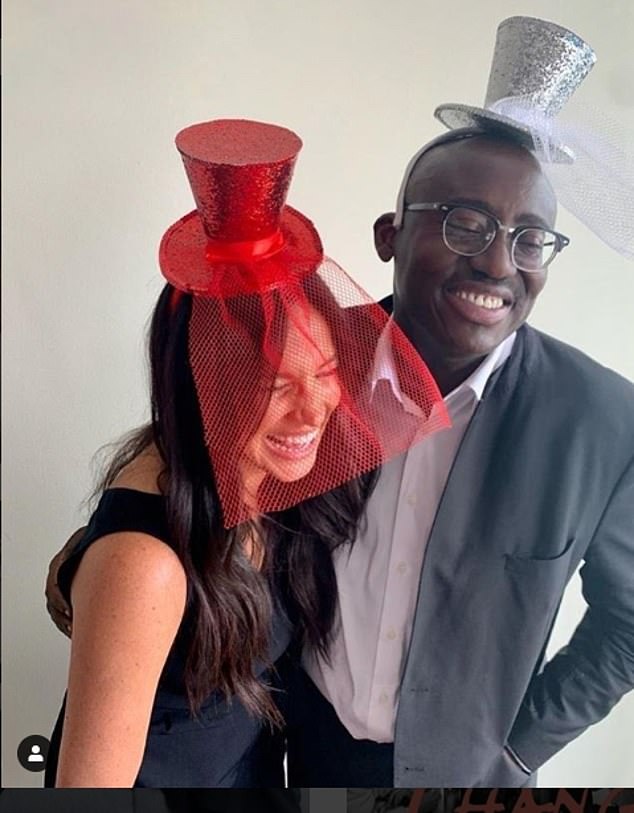 Edward Enninful, 48, from London, xx (pictured, with the Duchess of Sussex, who guest-edited the September issue last year)

Taking to Instagram, the 48-year-old wrote: ‘I am so honoured to take on this new role in addition to my duties at British Vogue’ (pictured)

Tess Holliday penned: ‘AMAZING!! So deserved,’ while Paris Lees added: ‘This is amazing.’

It comes just says after Anna Wintour received yet another Condé Nast promotion after being named as the media company’s first-ever chief executive officer – just months after she admitted to allowing ‘hurtful and intolerant’ behavior amid furious calls for her resignation from black journalists.

The 71-year-old’s latest promotion comes just 16 months after Wintour was given another boost up the company ladder by being named global content adviser, in addition to her roles as Vogue Editor-in-Chief and Condé Nast artistic director.

Her new title will be global chief content officer of Condé Nast and global editorial director of Vogue, giving her control over all of the publications 25 editions across the globe; she will also continue to run Vogue US as Editor-in-Chief.

Edward, who in the past has said that criticism Meghan Markle received for her Forces For Change front cover was racist, recalled the moment when Princess Anne gave him his OBE in 2016 – for services to diversity. 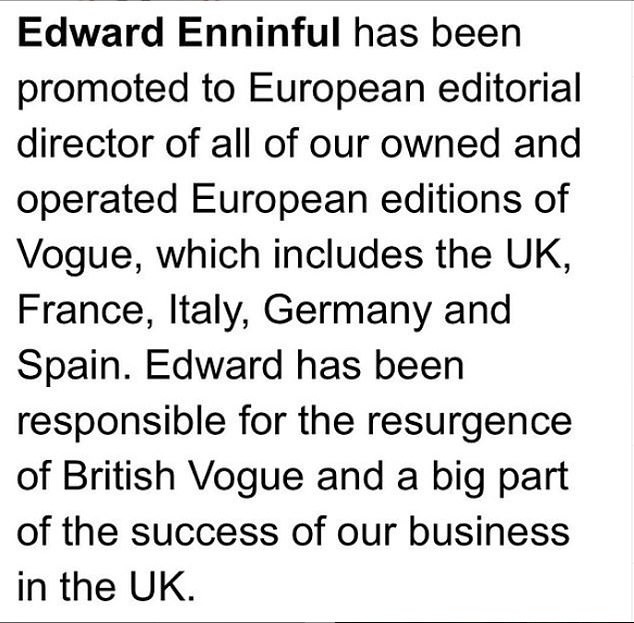 Edward revealed he had been promoted to European editorial director of Vogue’s owned and operated European editions, which includes the UK, France, Italy, Germany and Spain (pictured) 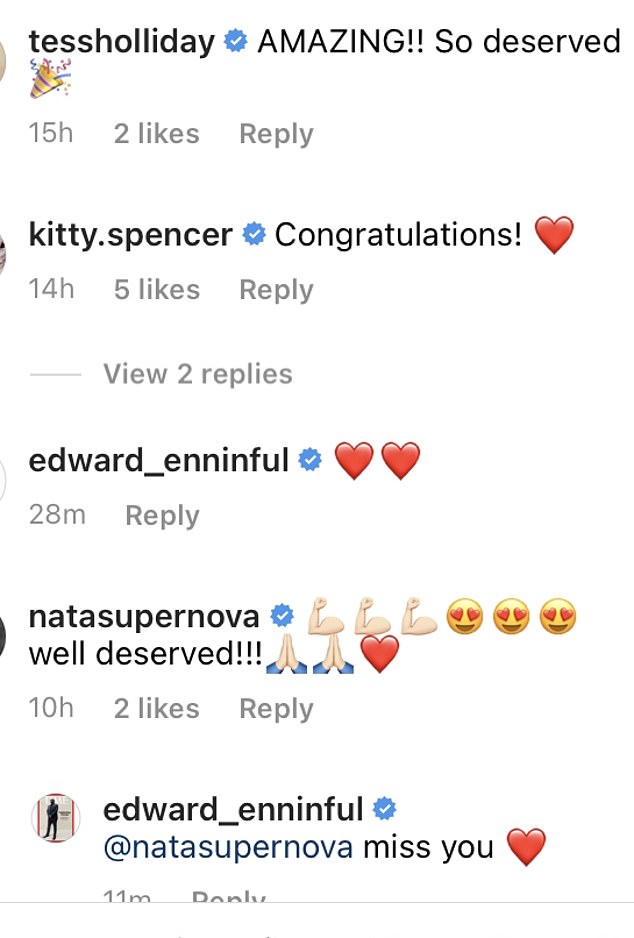 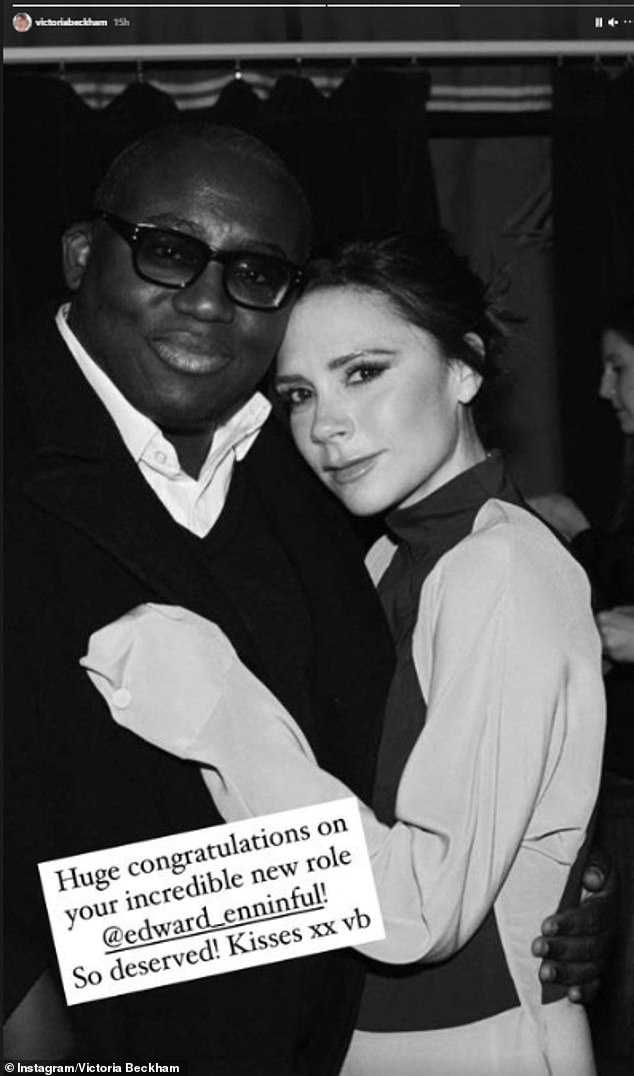 ‘I remember her saying to me so, you’re a brave person bringing diversity to that industry,’ he said, speaking to Talk Art podcast.

Edward told that he had changed the magazine by focusing on more diversity, explaining: ‘I would like to see different kinds of people, different sizes, different races, everything I’ve practiced in my career and that’s really what I injected into the magazine.

Alexandra had edited the fashion bible for 25 years but had been criticised for the lack of diversity in the magazine and its staff.

‘I think before that when people thought of Vogue, they thought it was really stand-offish and cold,’ he said. ‘But we’re in different times.’

Edward, the son of a seamstress from Ghana who grew up in West London, said he wanted the magazine to better reflect the modern world.

He explained: ‘It was just a sign of the times really. I didn’t reinvent the wheel. All I did was I just looked at the magazine and thought from my perspective what would I like to see?

‘It’s still Vogue, it still has to have that gravitas. It’s aspirational but I like to think I was able to bring a little bit of the world I saw, the world at large, the world you live in, the world we live in, into the magazine.

‘Vogue was always for everybody. It was just a case of continuing that narrative for today.’ 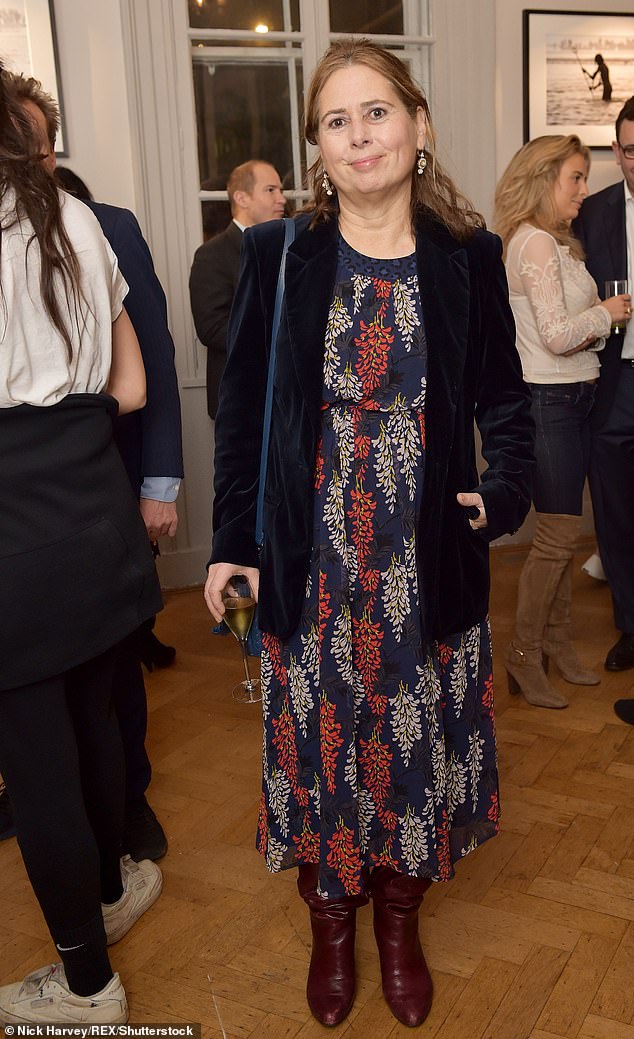 Edward took the reigns three years ago from former editor Alexandra Shulman, who led the magazine’s team for 25 years

Meanwhile Edward went on to reveal how he had selected Adwoa for his first cover in November 2017 he wanted to hit back at the perception – following the Brexit vote – that Britain was ‘xenophobic’.

‘That’s not the England I know,’ he remembered thinking, explaining his decision to feature ‘great British’ talent like Zadie Smith and Kate Moss in the same edition.

‘The whole idea was to create a love story to Great Britain,’ he said. ‘Let’s not forget what this great country’s given the world.

He praised Adwoa for speaking out on mental health issues and described her as ‘a girl of today’.

He said: ‘I thought she was the perfect cover girl. She was black and she was a white.’