THE cost of getting to work by train will rise by as much as £190 a year from January.

And day trip costs are going up, too. The average 2.8 per cent hike to regulated fares — which include season tickets and standard return fares — was announced this week. 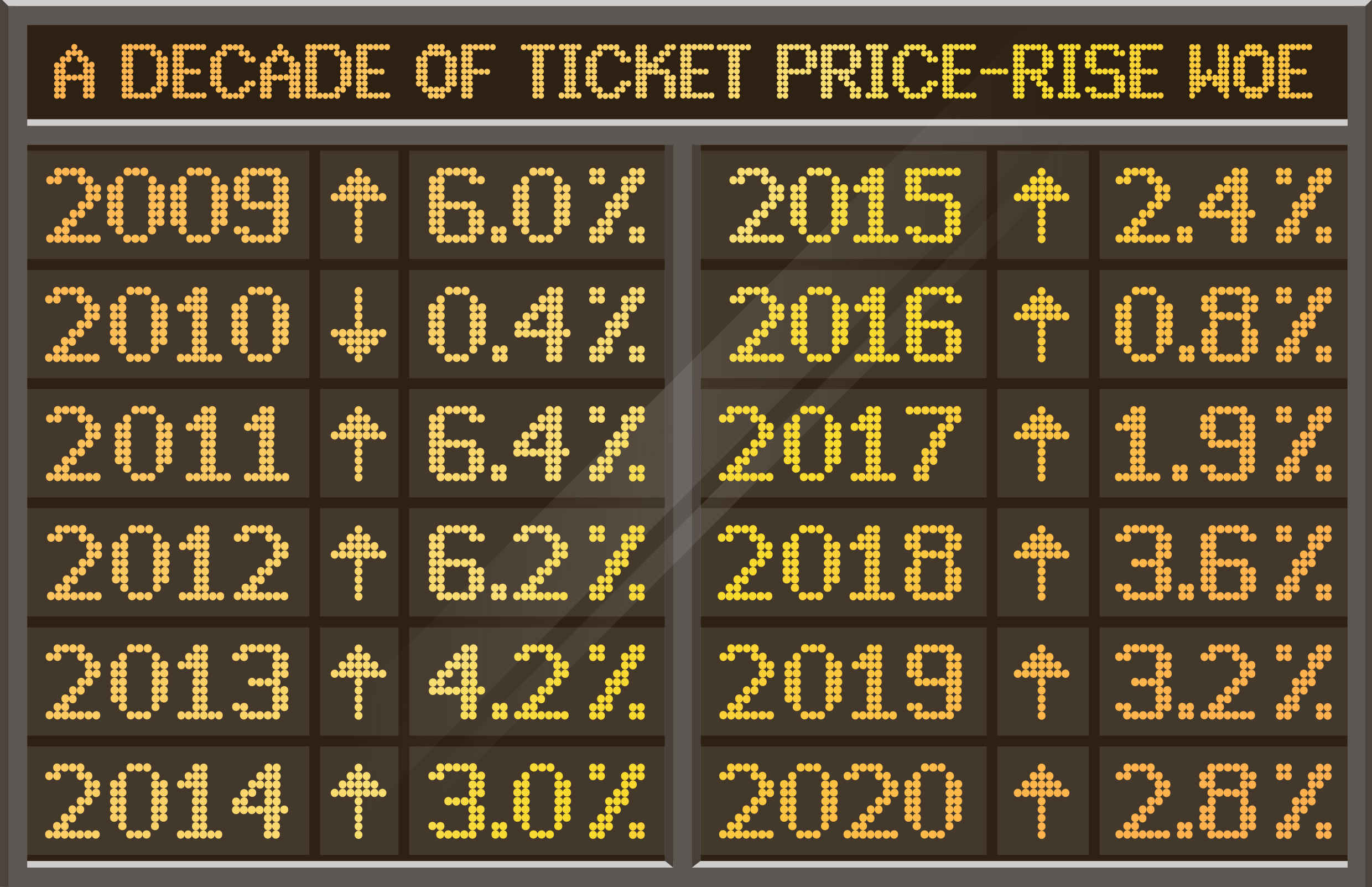 Commuters to London are hit hardest. The average season ticket into the capital will go up £123 to £4,504. Those commuting from Southampton will pay £165 more.

Unregulated fares, including advance and super off-peak tickets, are also expected to increase, although no announcement will be made until December.

Season tickets: Taking the same trip three or more times a week makes it worth buying a seven-day monthly or annual season ticket.

A standard 12-month season ticket from Bristol Temple Meads to London is £12,108, but if you restrict your travel to the Warminster and Salisbury route, it’s £8,504.

Use National Rail’s season ticket calculator to work out the cost of the various options.

Also remember you can buy a season ticket for any number of months and days between one and 12 months.

So if you know you are switching jobs in ten weeks, go for a season ticket of that length, rather than two monthlies and one for two weeks. 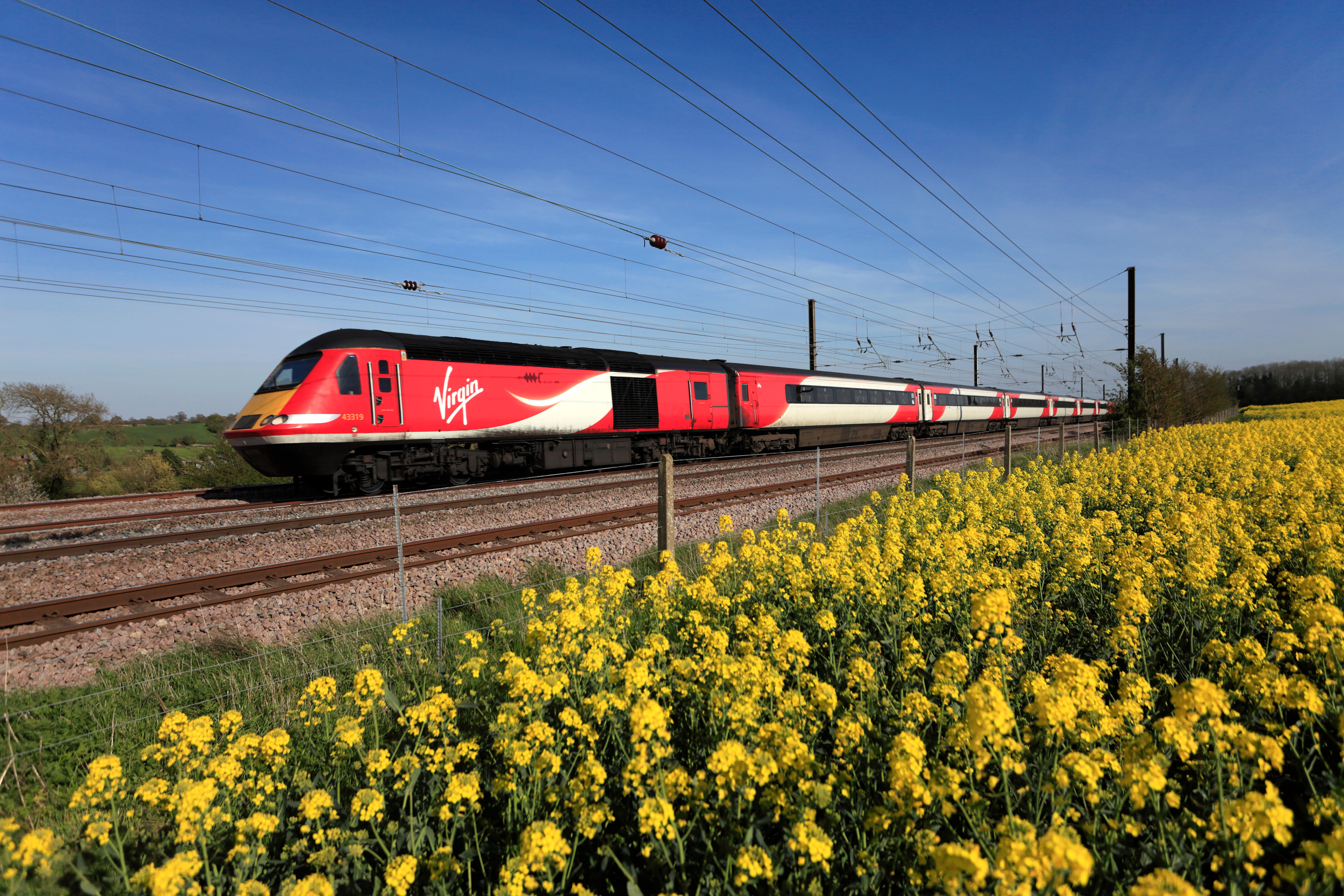 Split the ticket: It is possible to save £1,000 with two season tickets covering different journey legs of popular commuter routes.

Split ticketing also works well for one-off trips. For example, a one-way advance ticket from London to Leeds is £89.

You don’t have to change trains but you must travel on trains that stop at the “in-between” destination, in these cases Didcot Parkway or Doncaster.

Find the finance: Annual season tickets are cheaper but many of us don’t have £5,000 or more sat in the bank. Some employers offer an interest-free loan, with repayments coming out of your salary in instalments.

Or you could take out a credit card with a lengthy 0 per cent interest period on purchases. Just clear the balance before interest is charged. Barclaycard offers one with up to 27 months.

Consider Carnet tickets for travel to and from London: If you often travel back and forth to London but not regularly enough to buy season ticket, you might save with a Carnet ticket.

This gives you ten single journeys to or from London for the price of nine.

Tickets are valid for three months and you can buy books to travel anytime or off-peak.

Book 12 weeks ahead: The earlier you book train tickets, the cheaper they are. Network Rail releases its timetable 12 weeks in advance and individual operators release them even earlier.

This is really important for peak travel times, such as the Easter and Christmas holidays.

Research by the Trainline app shows early bookings can reduce costs by 46 per cent.

To travel from London to Manchester, going out on October 18 and returning October 21, the cheapest non-advance return ticket would be £89.60, but an advance ticket would cost £48.

Get a railcard: Railcards are a must for regular travellers. They cost between £20 and £30 and shave a third off the price of tickets.

There are various cards available such as the Network railcard, which provides discounts on routes into London and the South East.

There are two cards for young adults — the 16-25 and the new 26-30 card. And the Family & Friends card allows discounts for groups travelling together.

Firstly, check the National Rail website as it’s a great way to get an overview of routes and travel times.

Then check redspottedhanky.com and The Trainline site to see if there are cheaper fares. But watch out for booking fees.

Last-minute travel: If you decide to travel suddenly there is no need to pay the highest prices for fares.

Sites such as TicketClever offer deals for on-the-day travel which are cheaper compared to walk-up fares at the station.

For example, a Birmingham to Norwich standard single is £101.50 on the day of travel, but on ticketclever.com it can cost you just £48, changing at Peterborough.